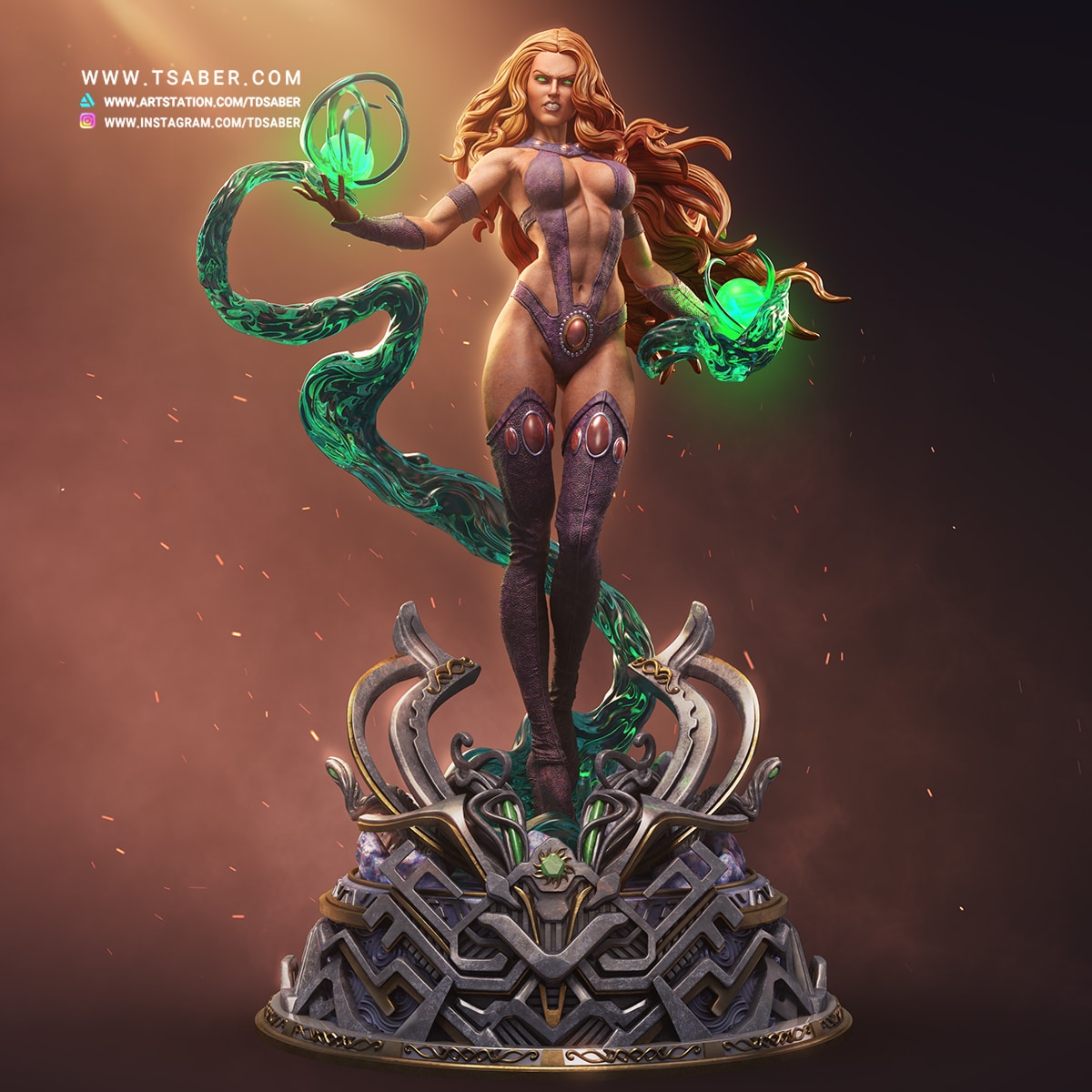 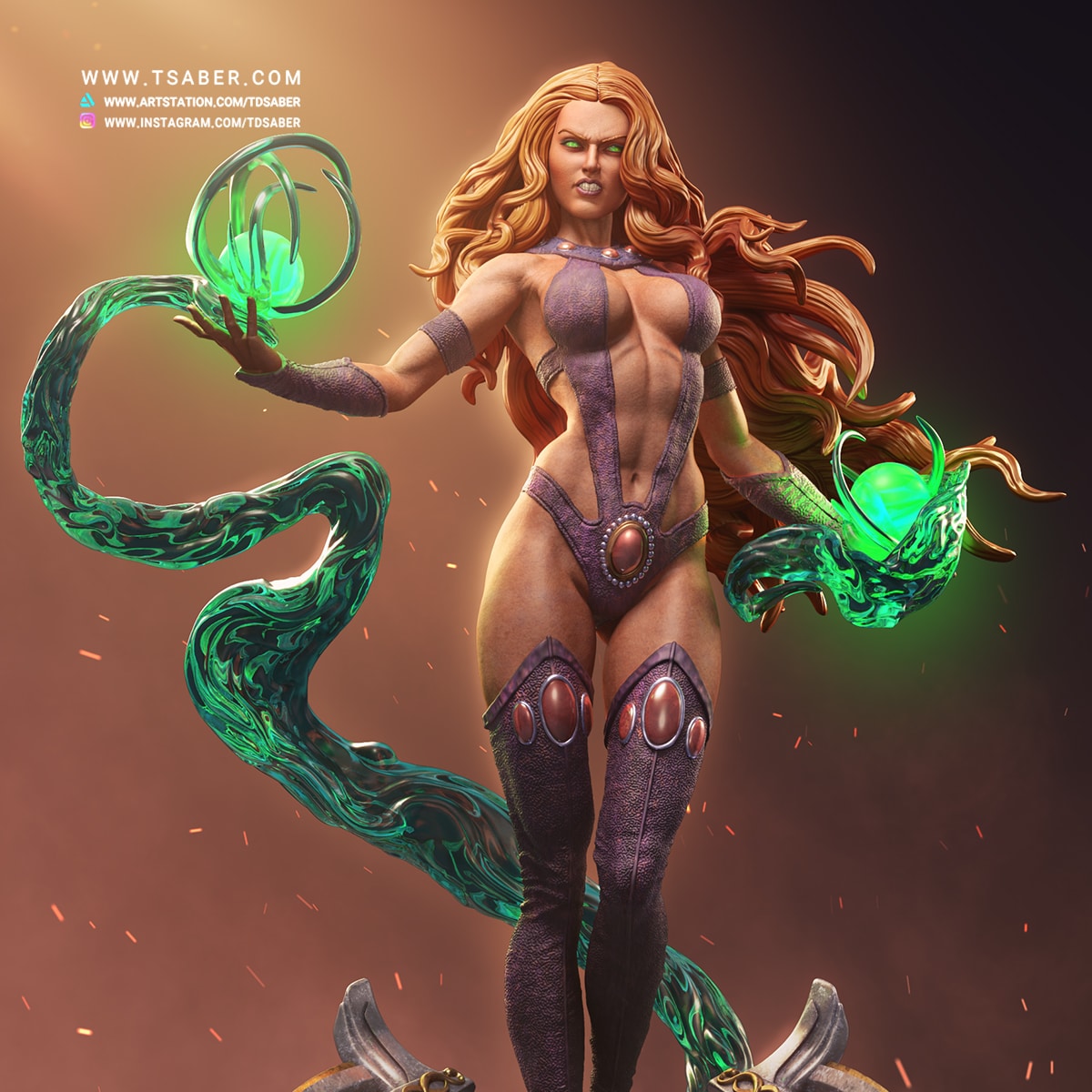 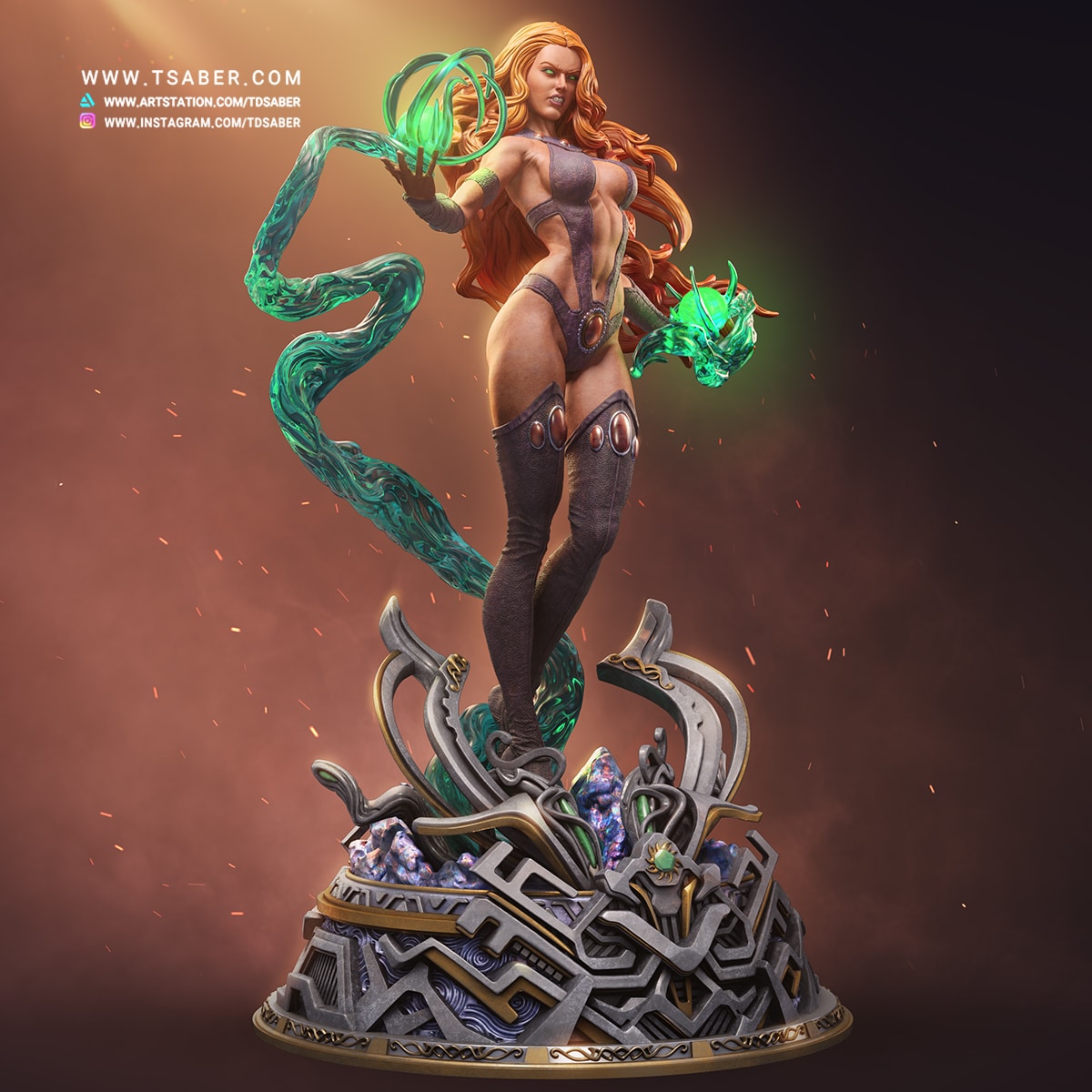 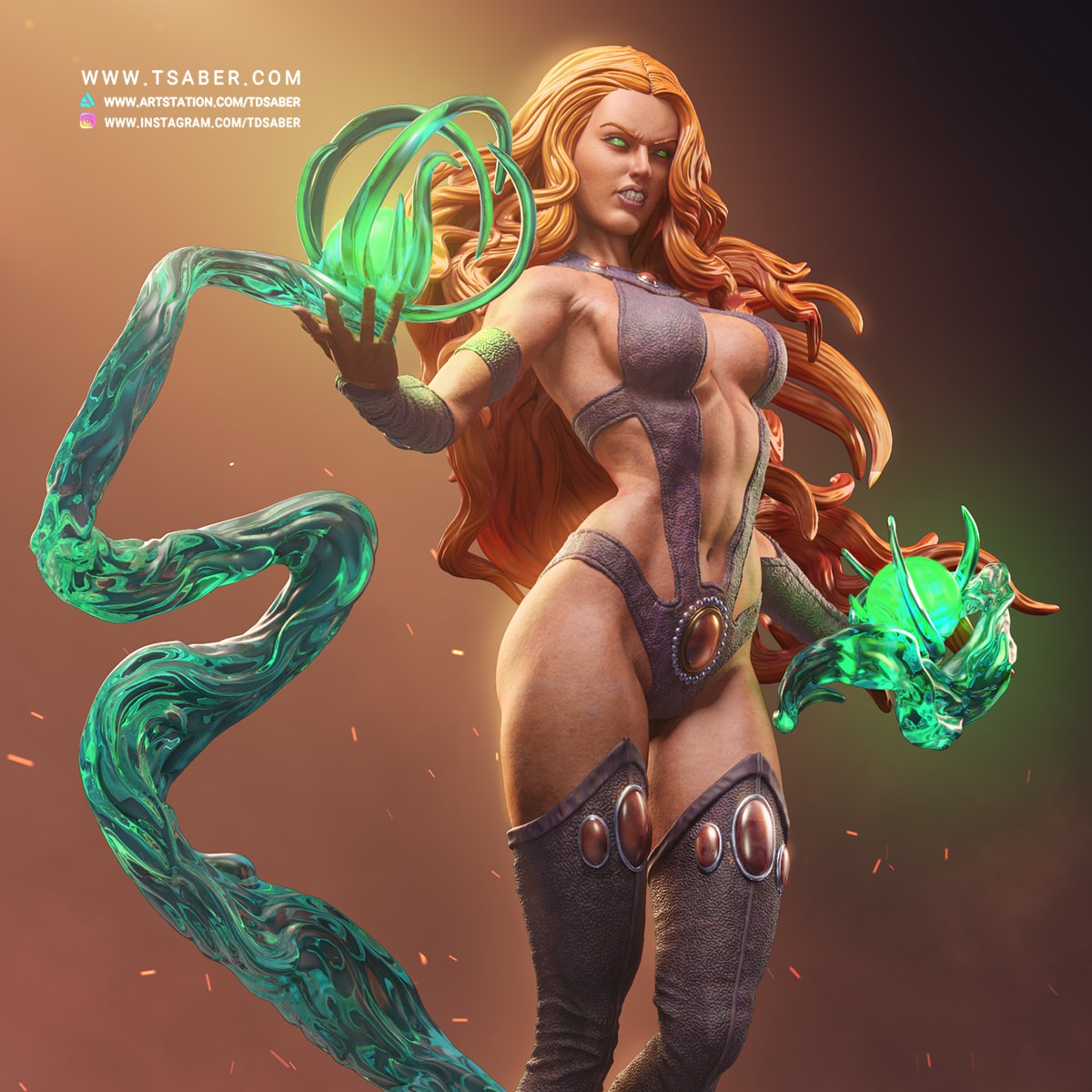 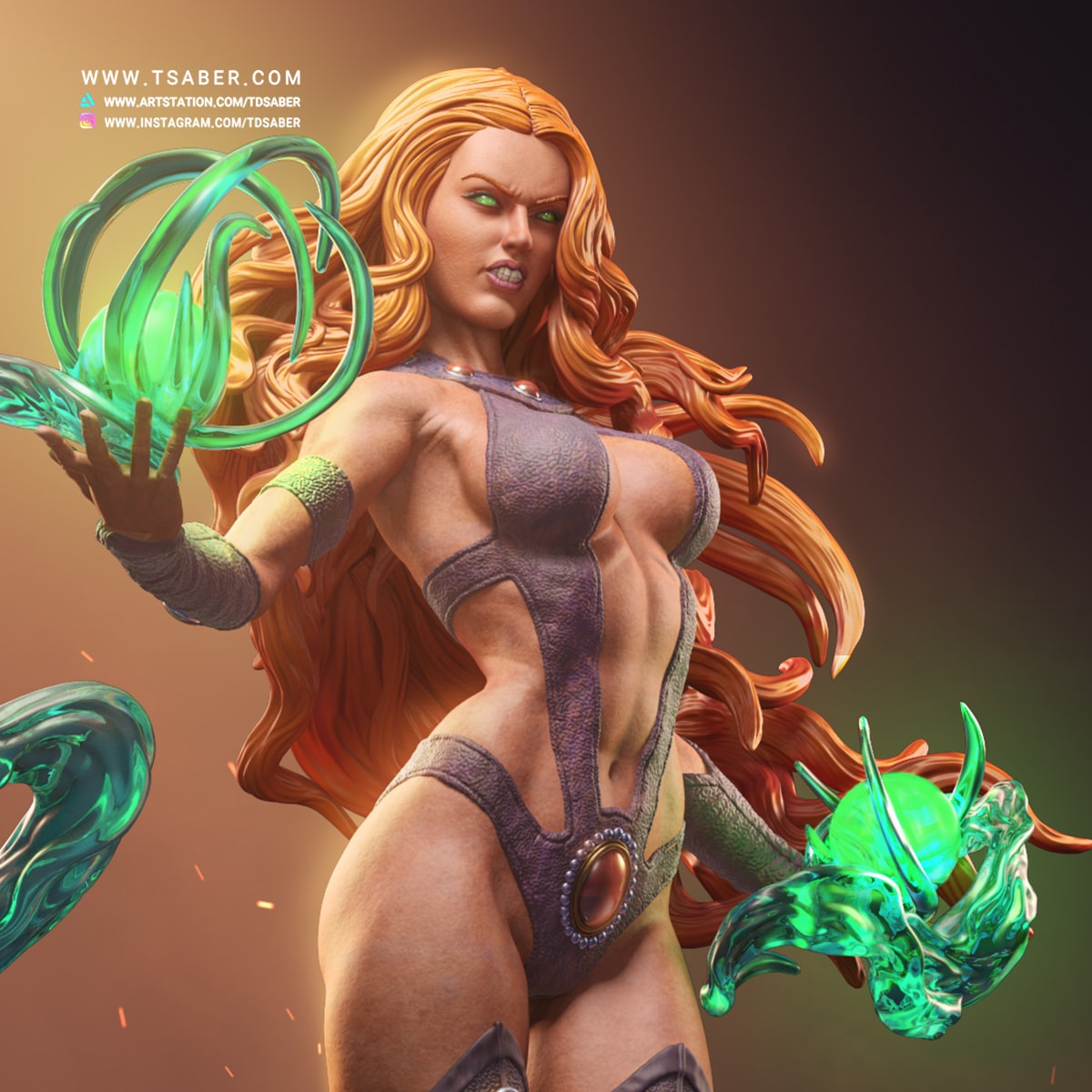 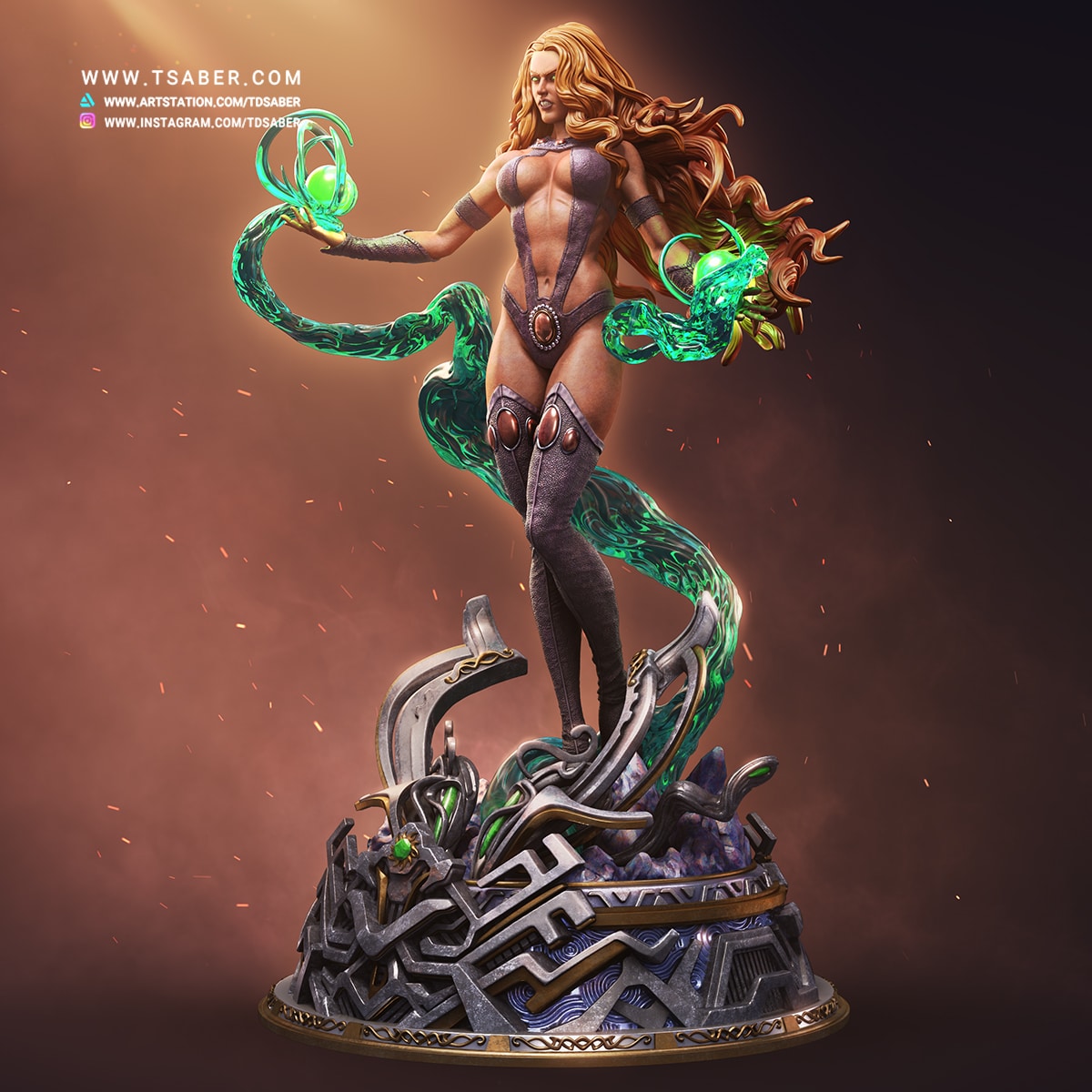 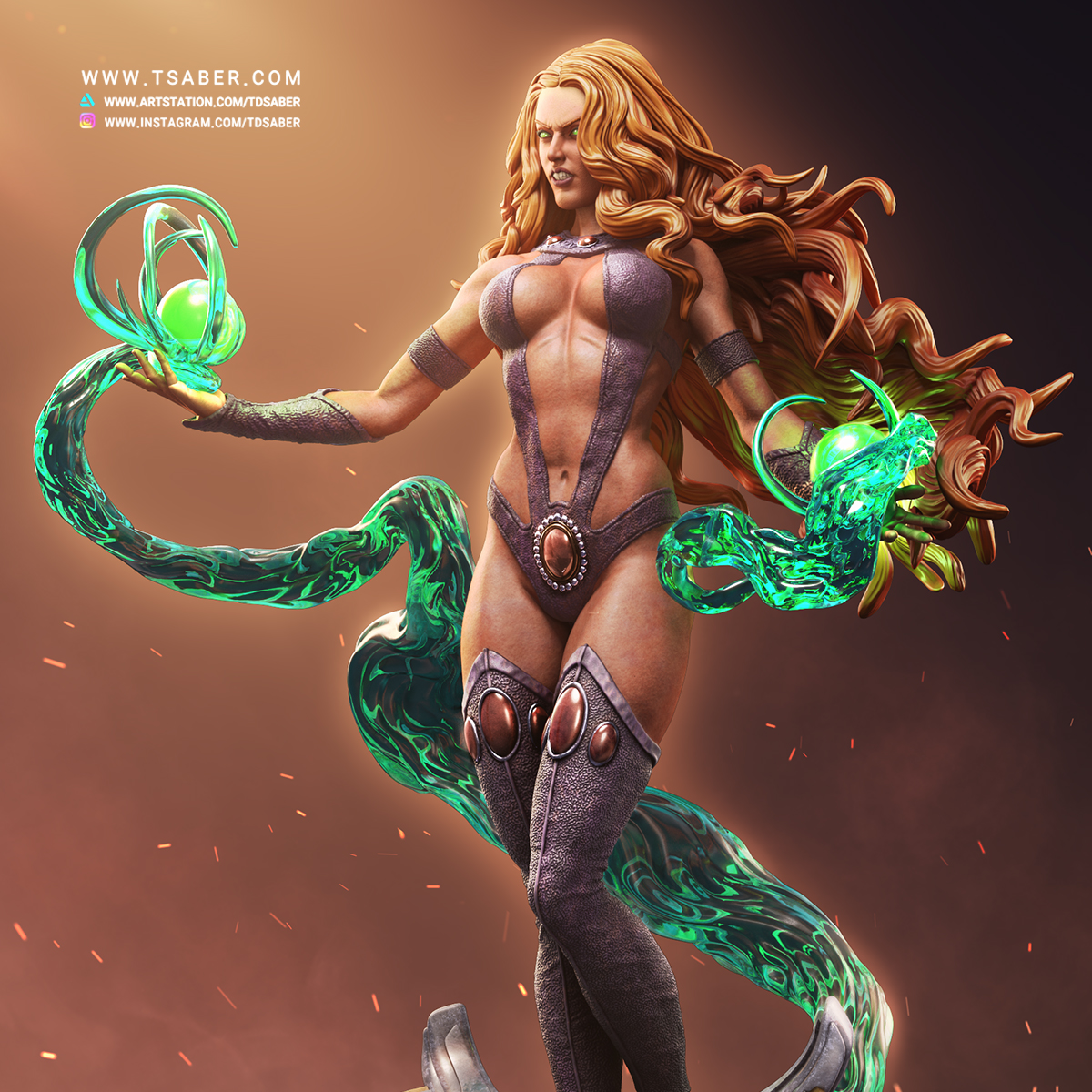 Here are colored renders of my Second version of Starfire Statue. Since I received a commission from a great client of mine, I wanted to create a better version of Starfire Statue. I sculpted Starfire before and I was happy about it, but I wanted to challenge myself and create something more remarkable. In MY LAST POST, I described how I tackled sculpting Starfire from DC Comic’s Teen Titans.

Here I’ll describe how I achieved the colored renders. The outfit design was very simple since it was our direction to stay loyal to Starfire’s look from the classic Teen Titan’s comic books. The star-rays and energy trails were supposed to be yellow according to the comic books. however, I decided to stay with the new green color. I believe the green color gives the statue a better color palette. Since I wanted to create the feel of a real collectible statue, I’ve created a green clear material for the star-rays.

The colors of the base were a great challenge. I had a rough idea about the colors when I was sketching the base. and I knew I wanted to add gold and silver materials to the base. yet I wasn’t sure about the rest of the base.

I was halfway done with the base design, that I thought I should add some rocks to the base. The base seemed empty at that moment which led me to that choice. At that moment I had no idea what colors and what material I will choose for the rocks, therefore I left that for future experimenting. When I imported the model into 3dsmax and I started adding colors, the decision became very easy and I was happy about the base. Since I wanted to show that Starfire is from another planet, I made the rocks colorful as if they’re from a different planet. I remember back in the old days of DC comics, the writers were so fascinated by space, therefore many of DC Comics superheroes were aliens from other planets. Considering that idea, I think my decision was right.