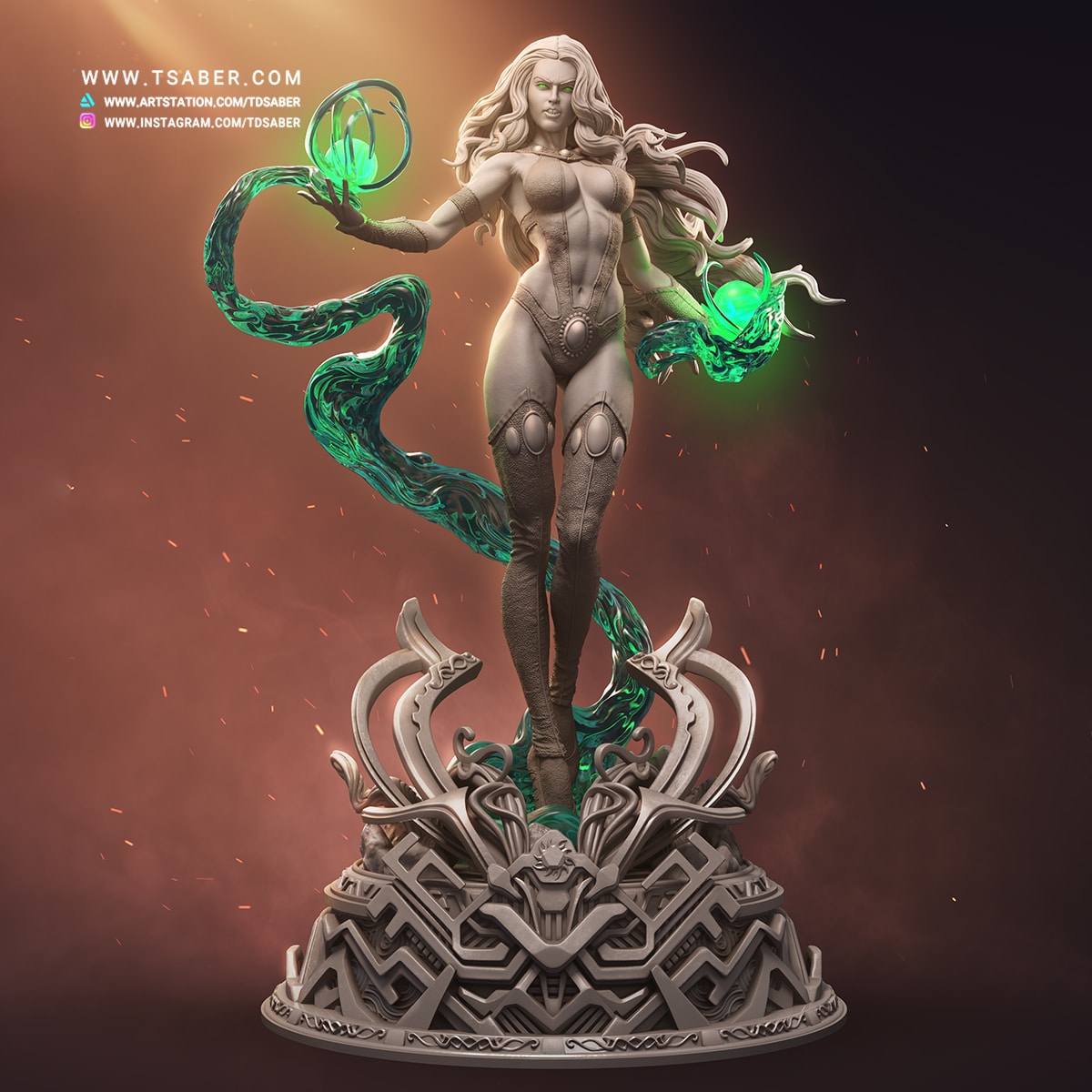 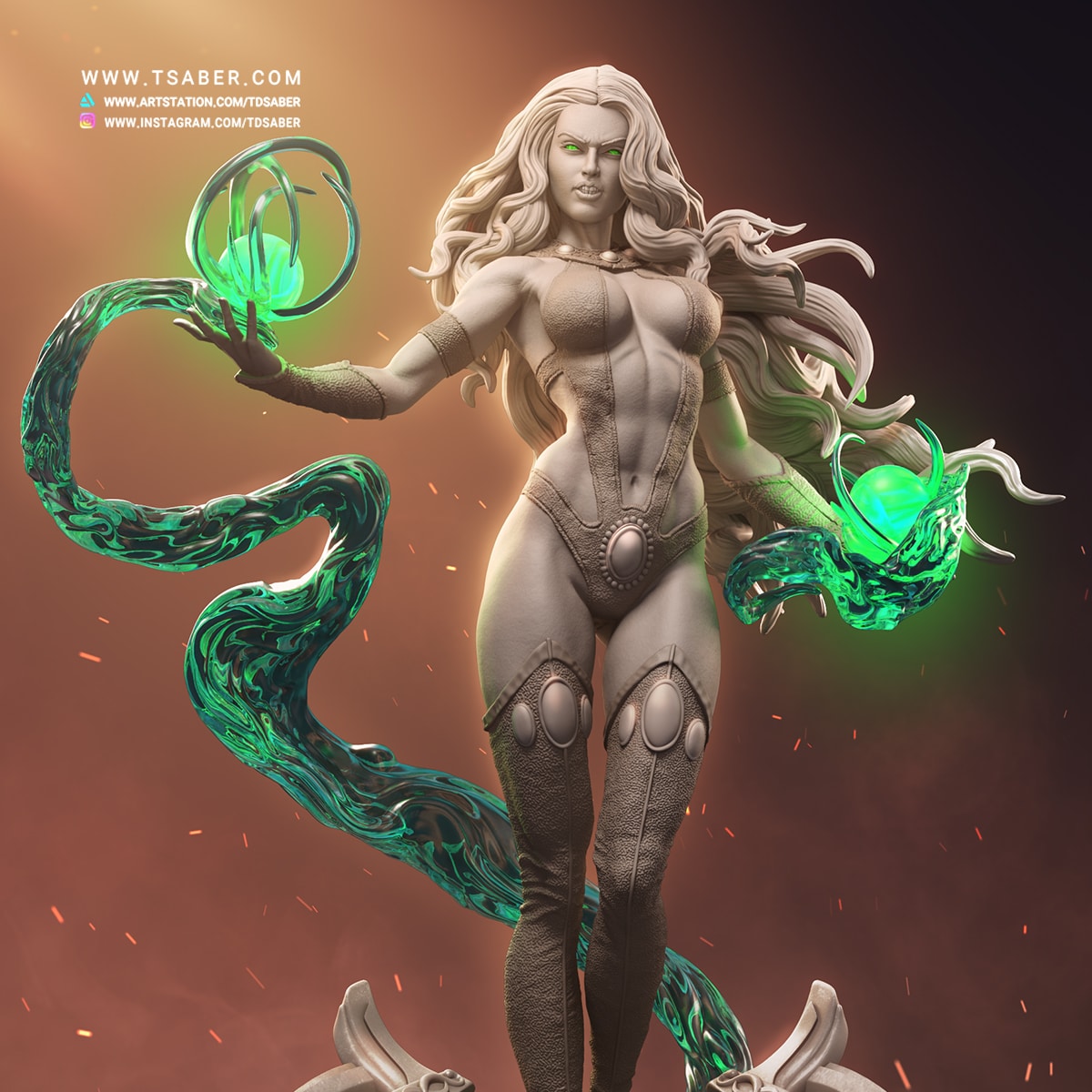 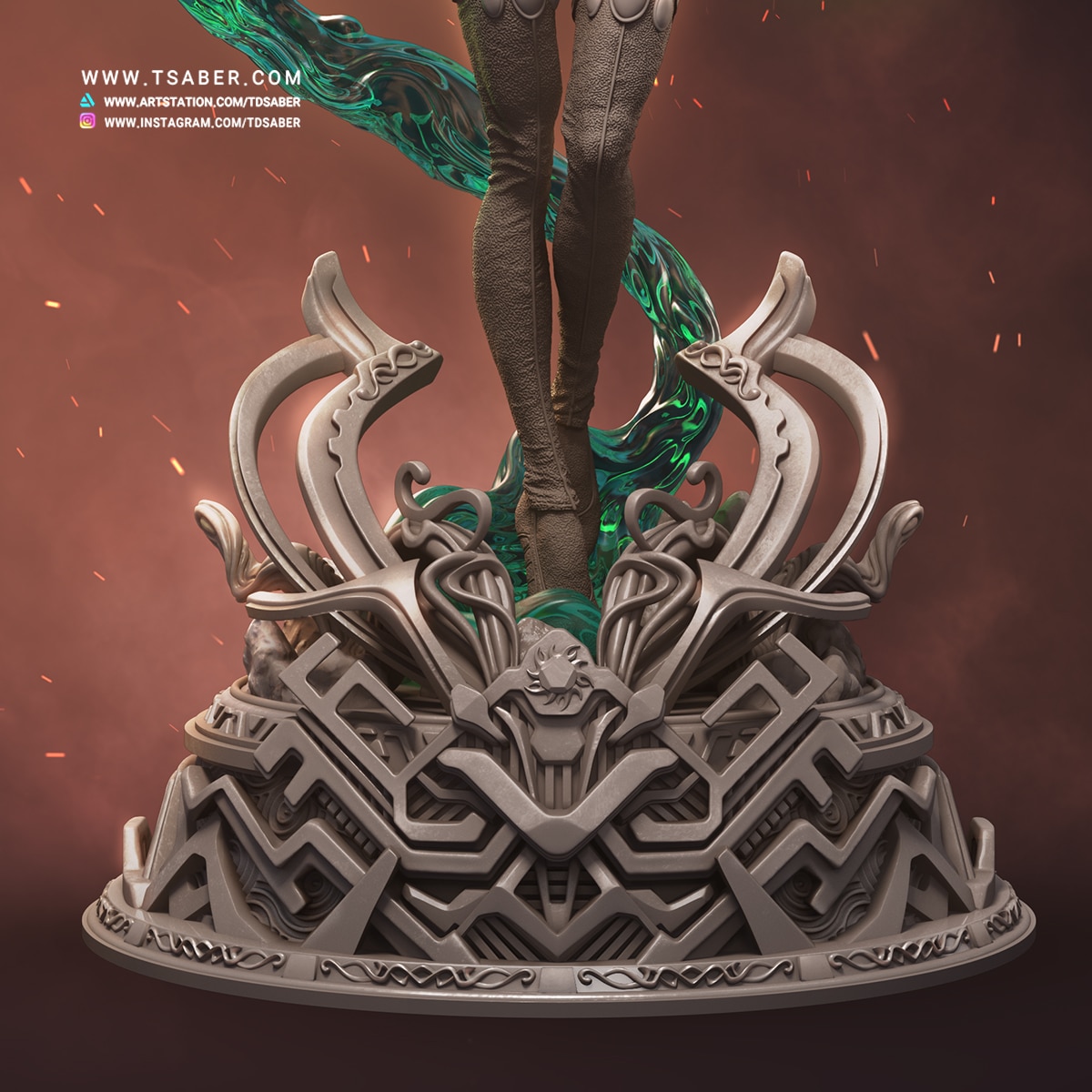 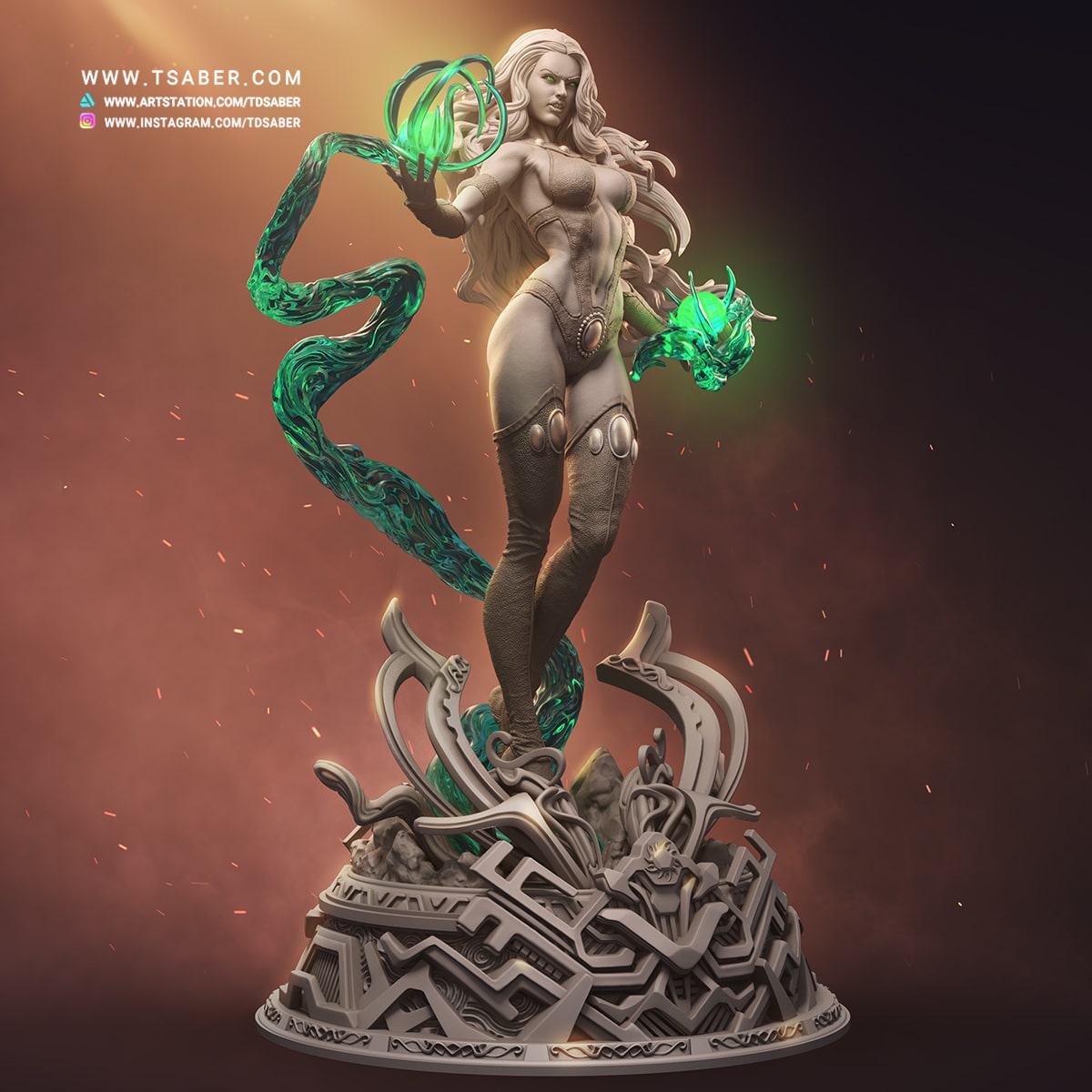 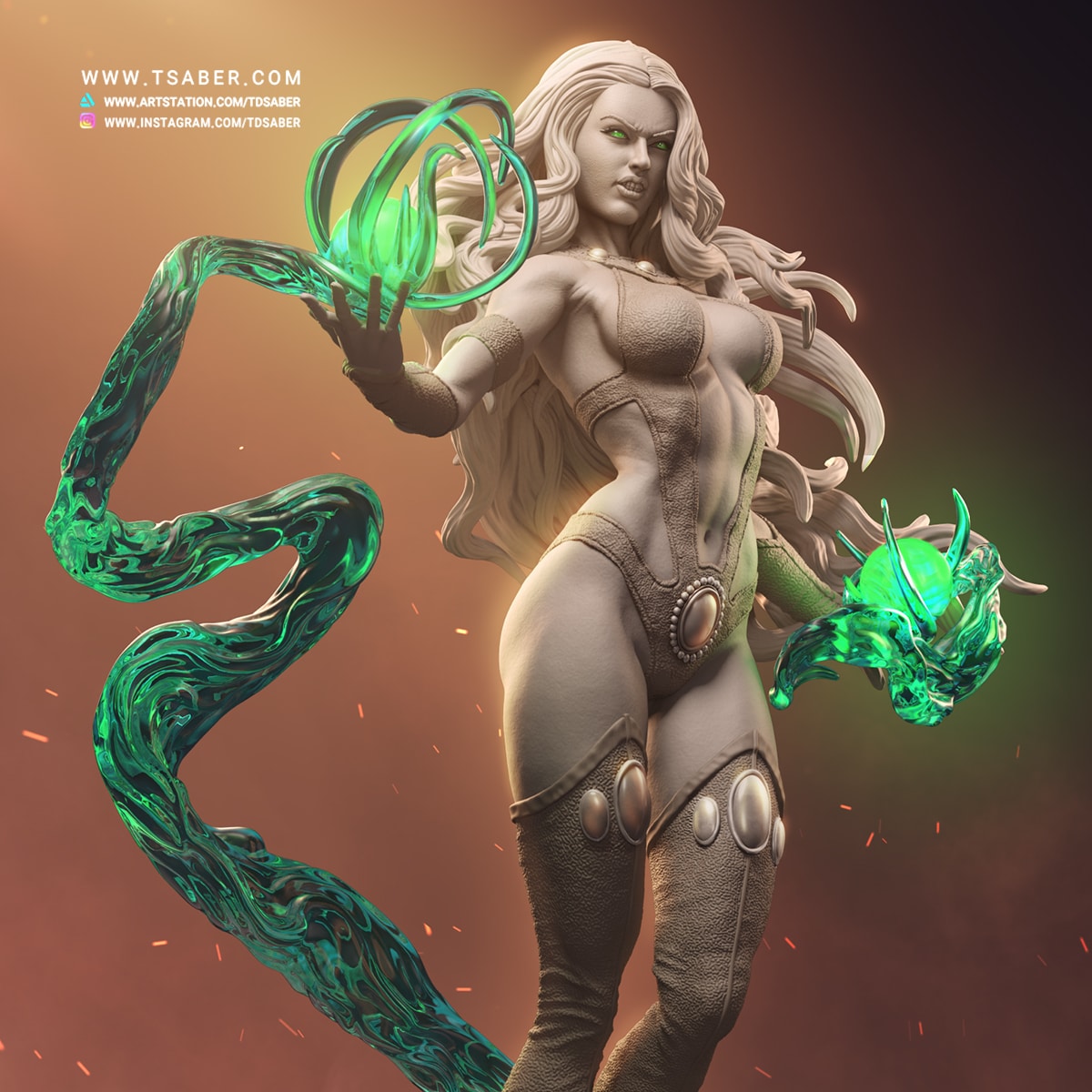 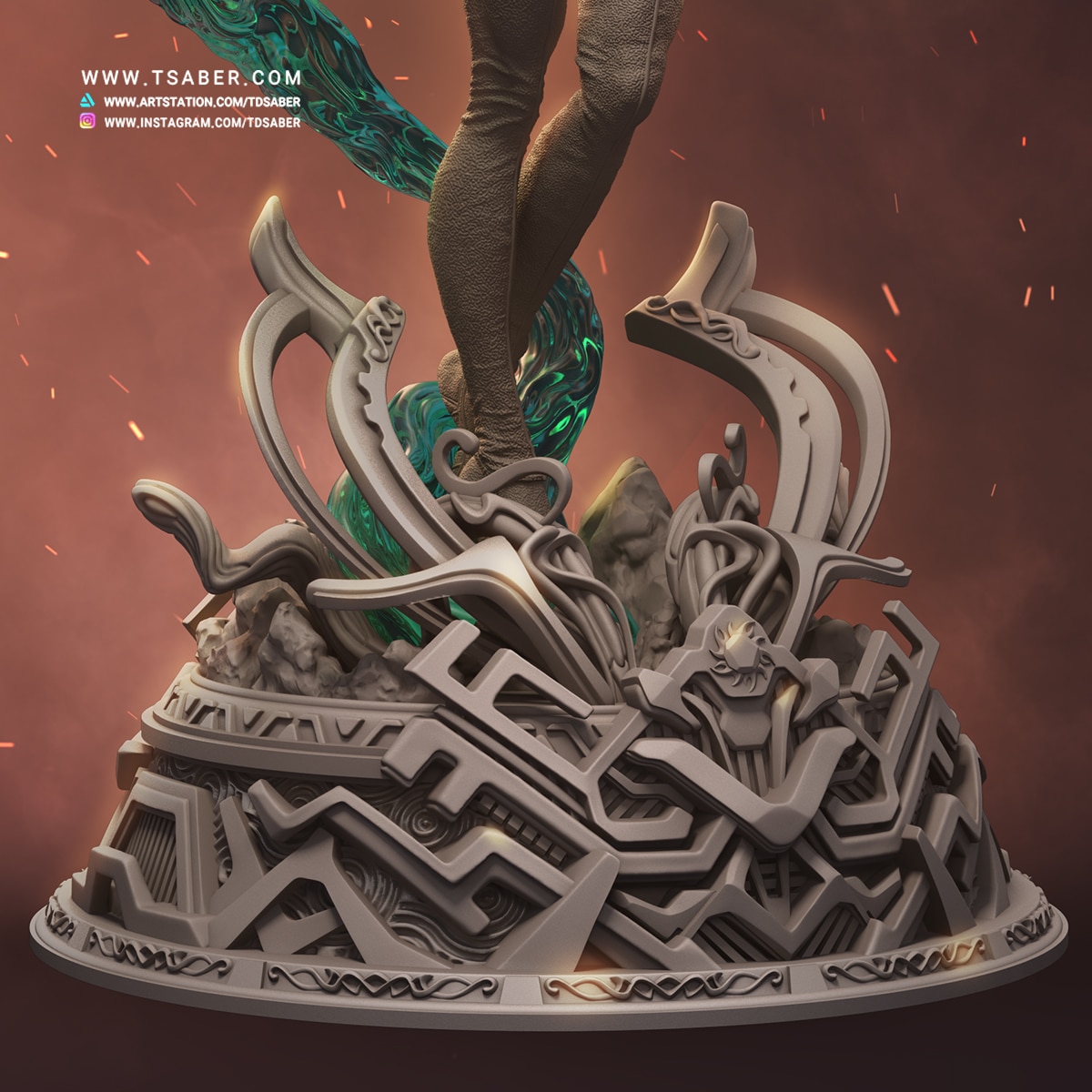 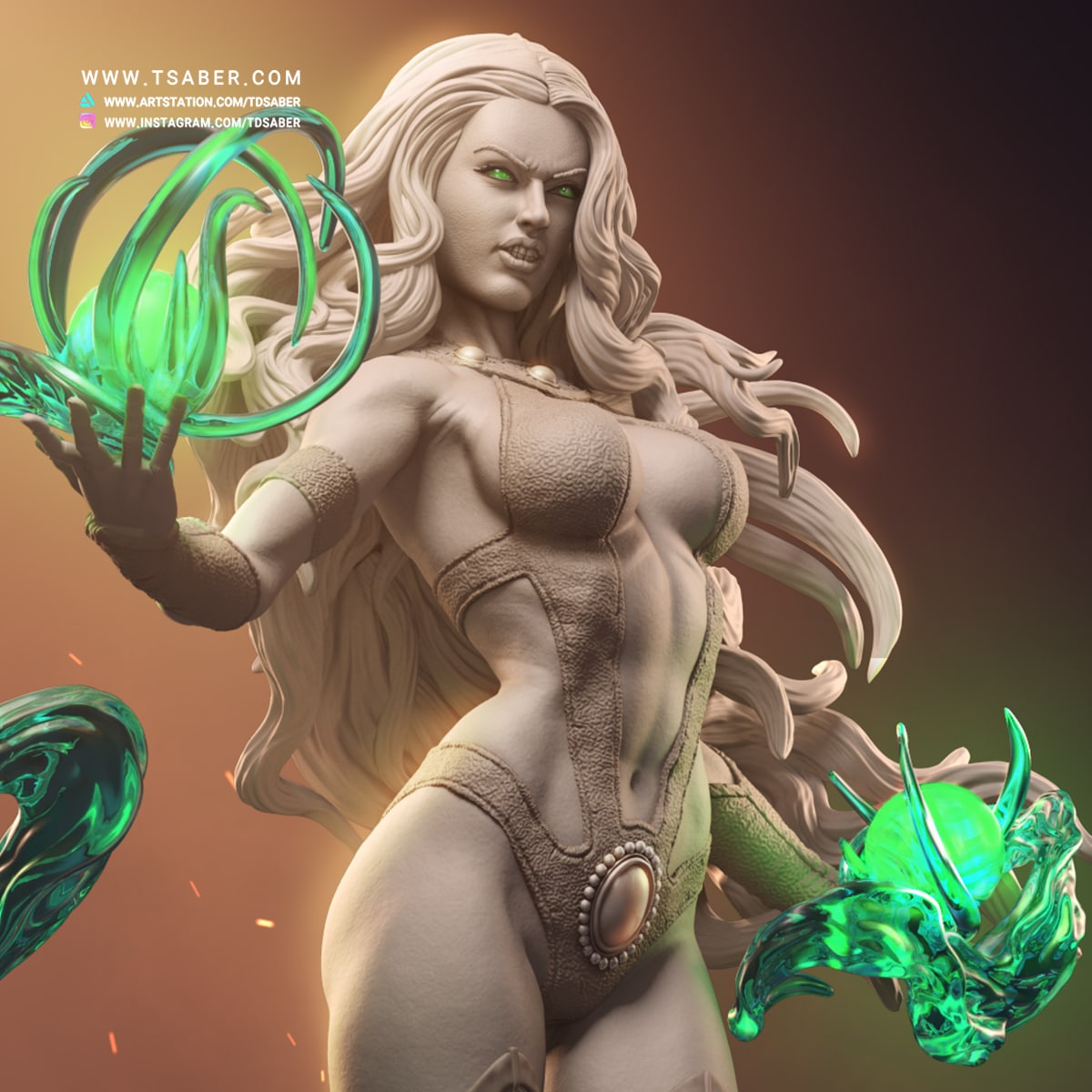 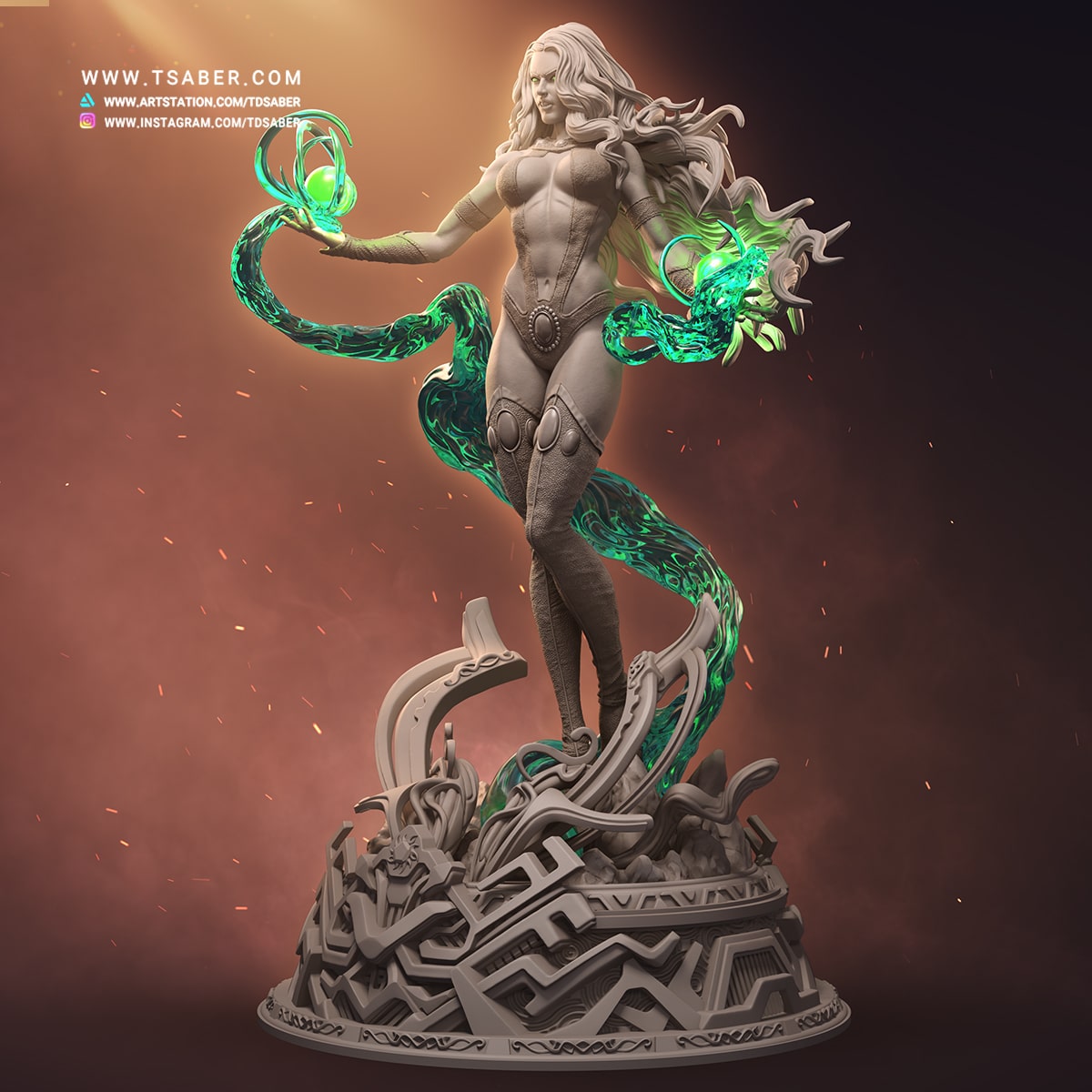 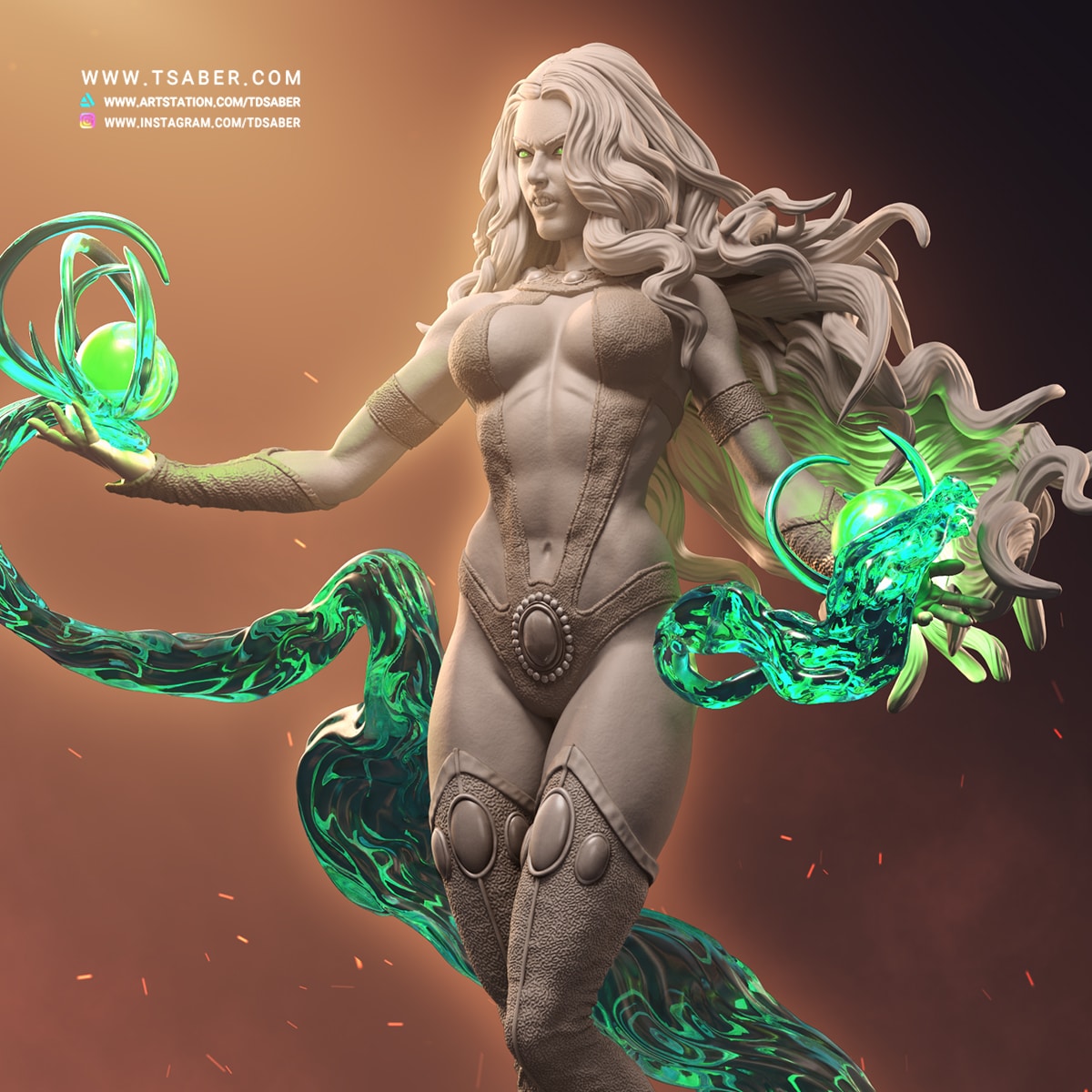 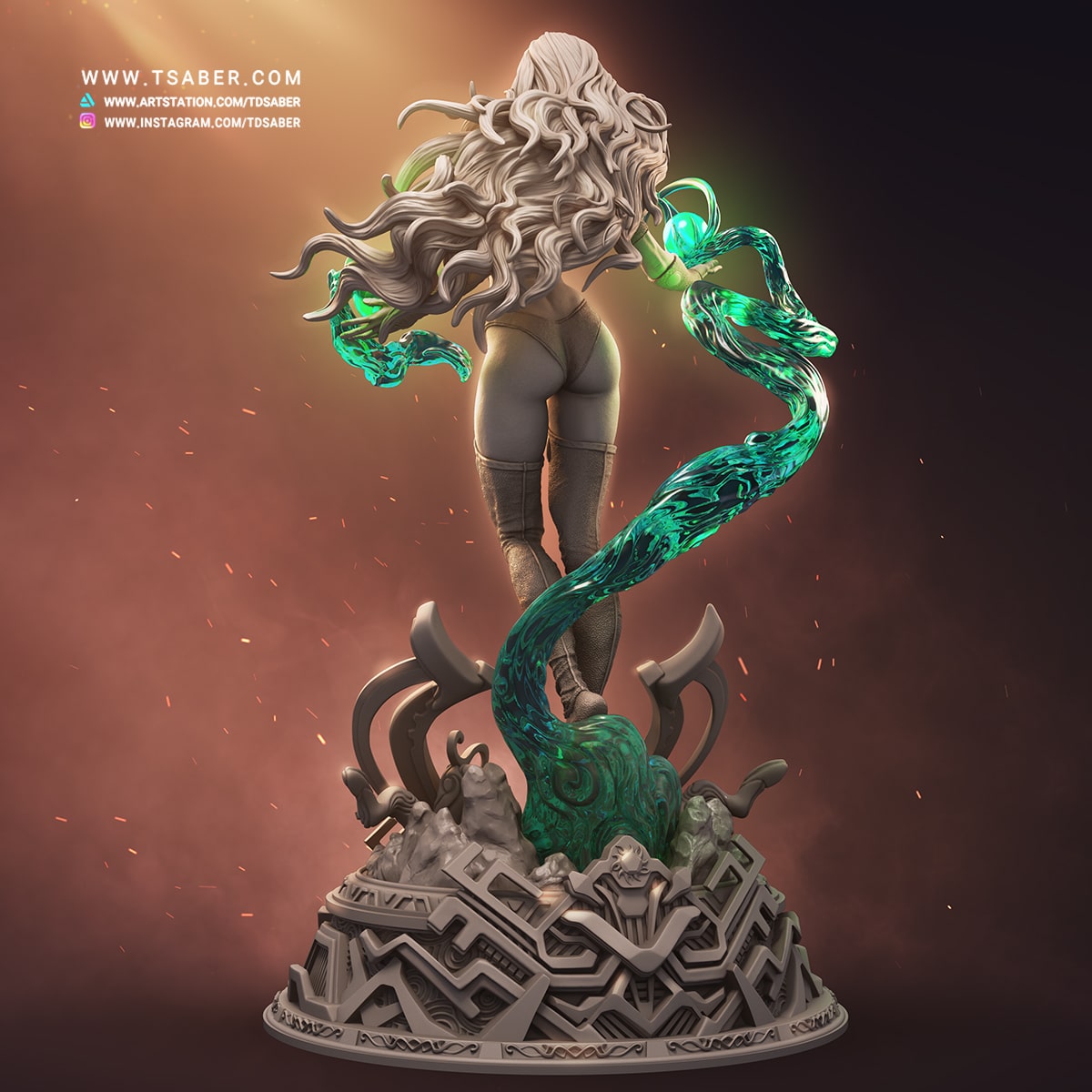 This is my second time working on Starfire statue. Starfire statue is another private commission of mine that I did for my dear client Jose. I created Starfire sculpture once before, so I wanted to challenge myself and create another piece that showcases my progress as well. This project also gave me another opportunity to work on another character from DC Comic’s Teen Titans.

It was my Client, Jose’s decision to stay with the classic outfit of Starfire, therefore I stayed simple with the outfit design. Again that didn’t stop my sense of creativity and I knew my clients also wanted to see soothing different as well. I tried my best to experiment with the leather texture and I created a dot-like and noisy texture as it appeared in the comic books.

The base design was a challenge as well since I couldn’t find relevant and interesting references from the comic. We wanted to create a base that represents something from Starfire. I think we could achieve creating a base that represents an elegant alien culture that fits Starfire’s story. I started with the silhouette sketches of the base to ensure a satisfying shape and look. Later on, I started adding more details to the Starfire’s base,. Of course, I wanted to create a more complex base design comparing to the previous works. Adding pattern textures to the base was something I didn’t do before, and this project truly demanded the touch.

Also this time, I didn’t include the fire effect, and we focused on Star-rays generating from her hands. That is a great way of distinction from the previous design of Starfire. I started to add some shapes and effects to star-rays and energies around Starfire’s hands. Then I noticed the statue still lacked some complexity, therefore I played around with ideas. I added the energy trail coming from the base to her hands. To be honest, that truly helped the general silhouette look of the statue before anything else. For me, that was more important. That’s such an appealing element for the people.