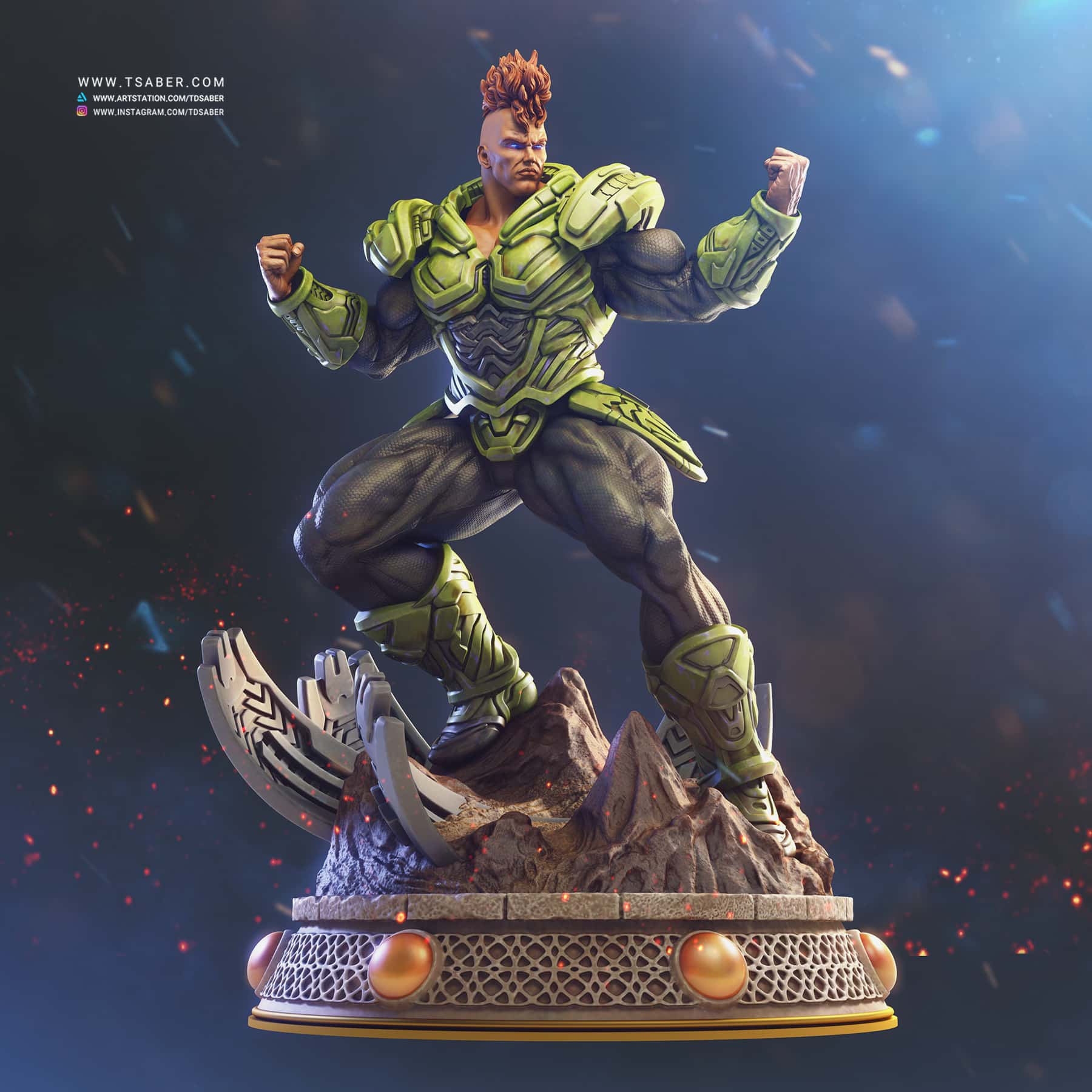 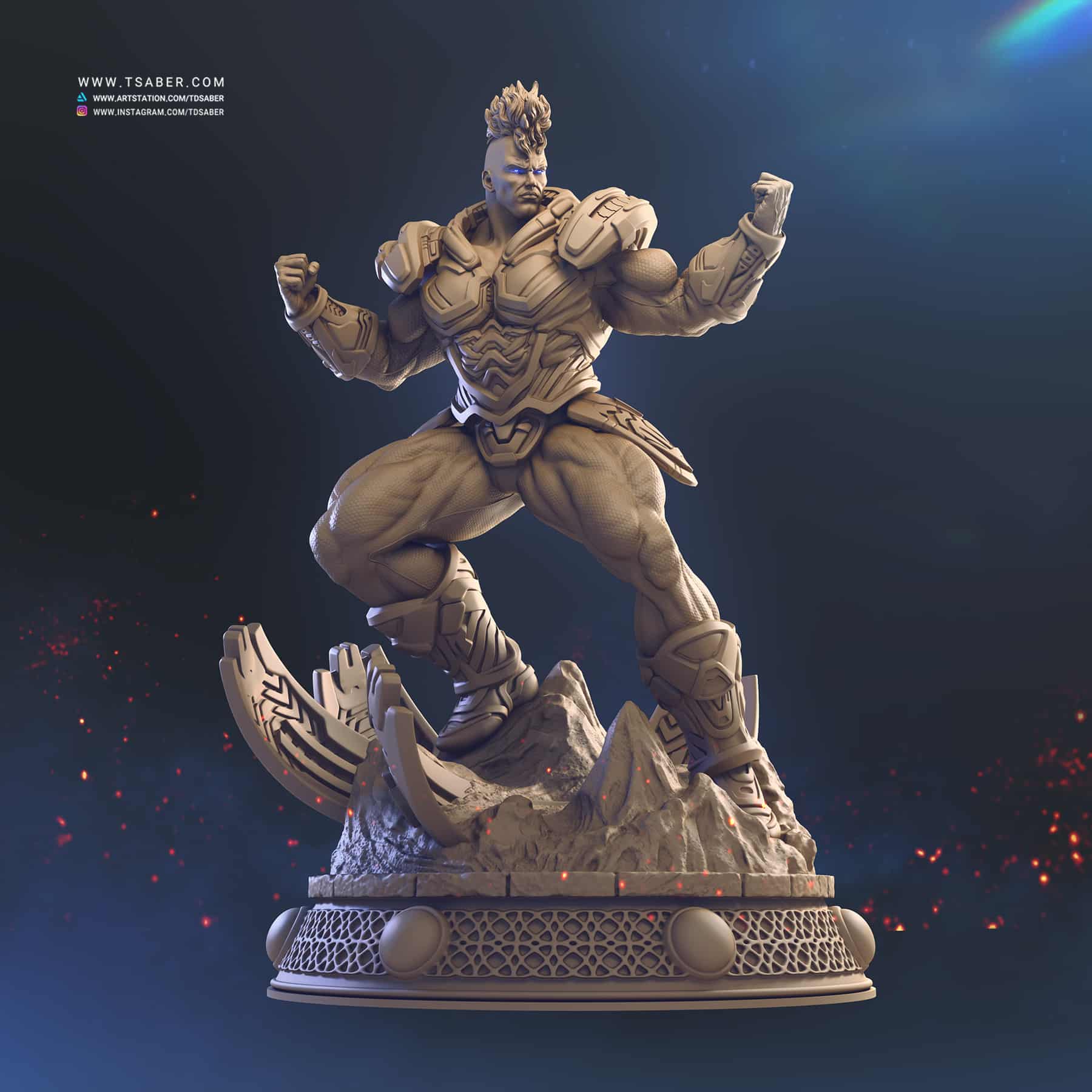 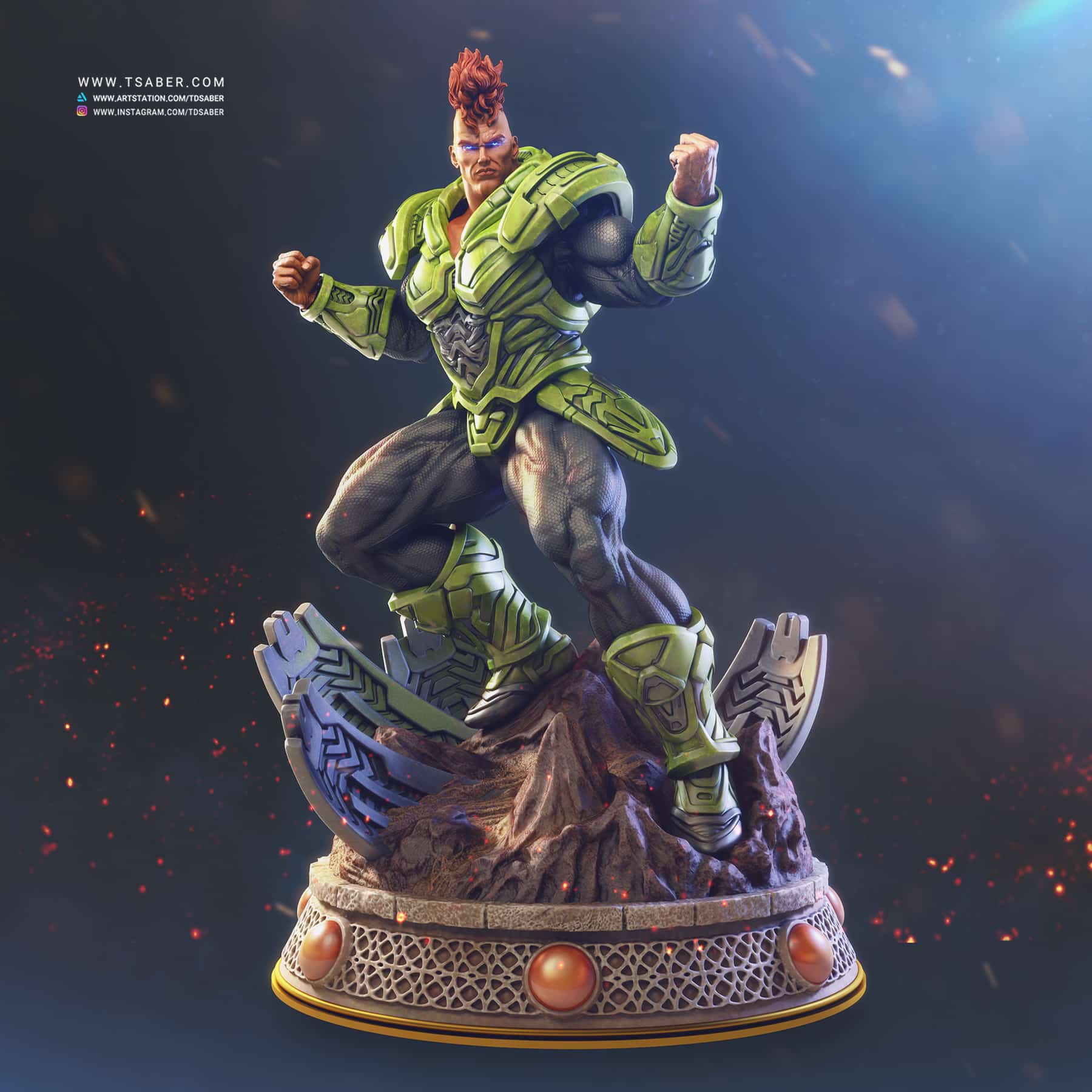 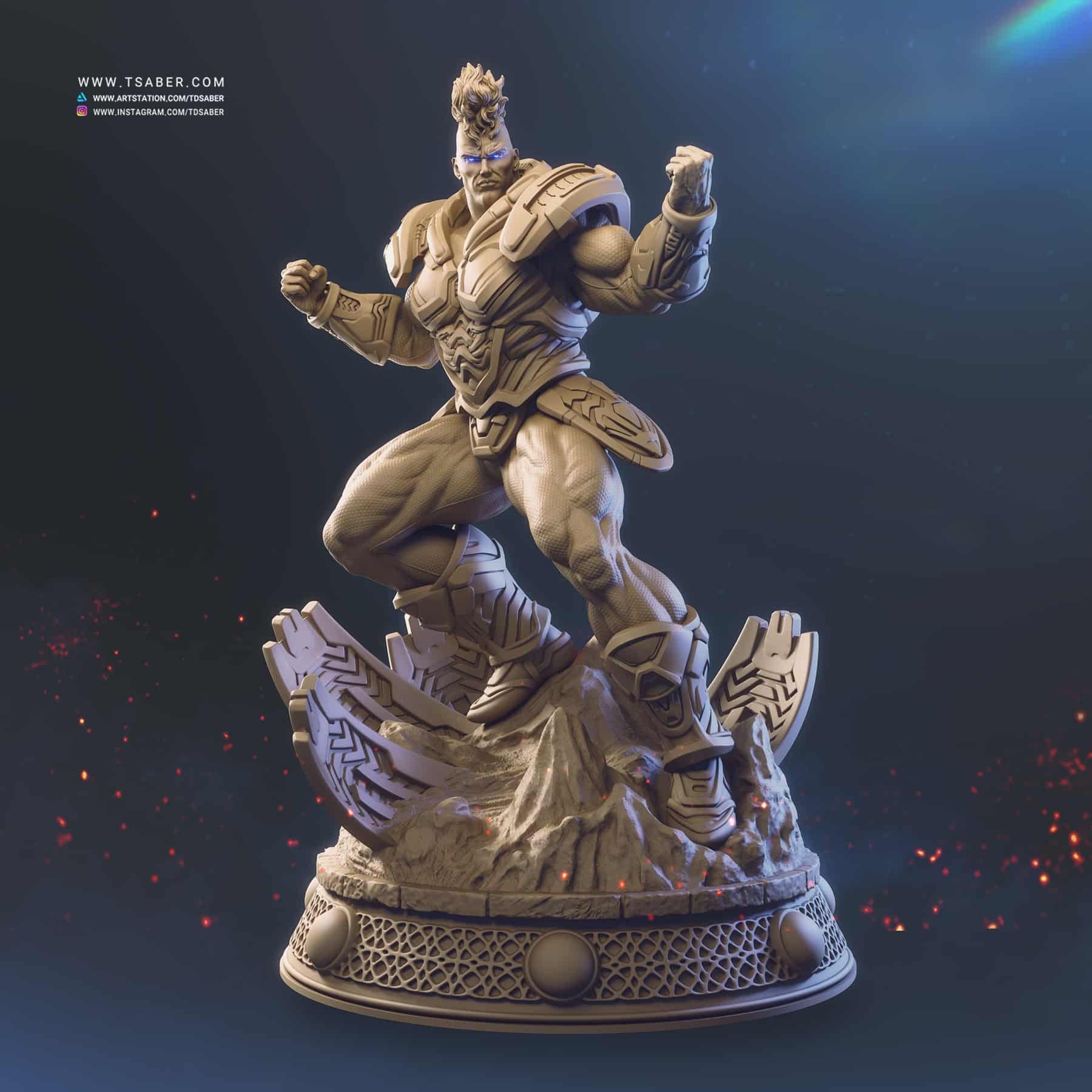 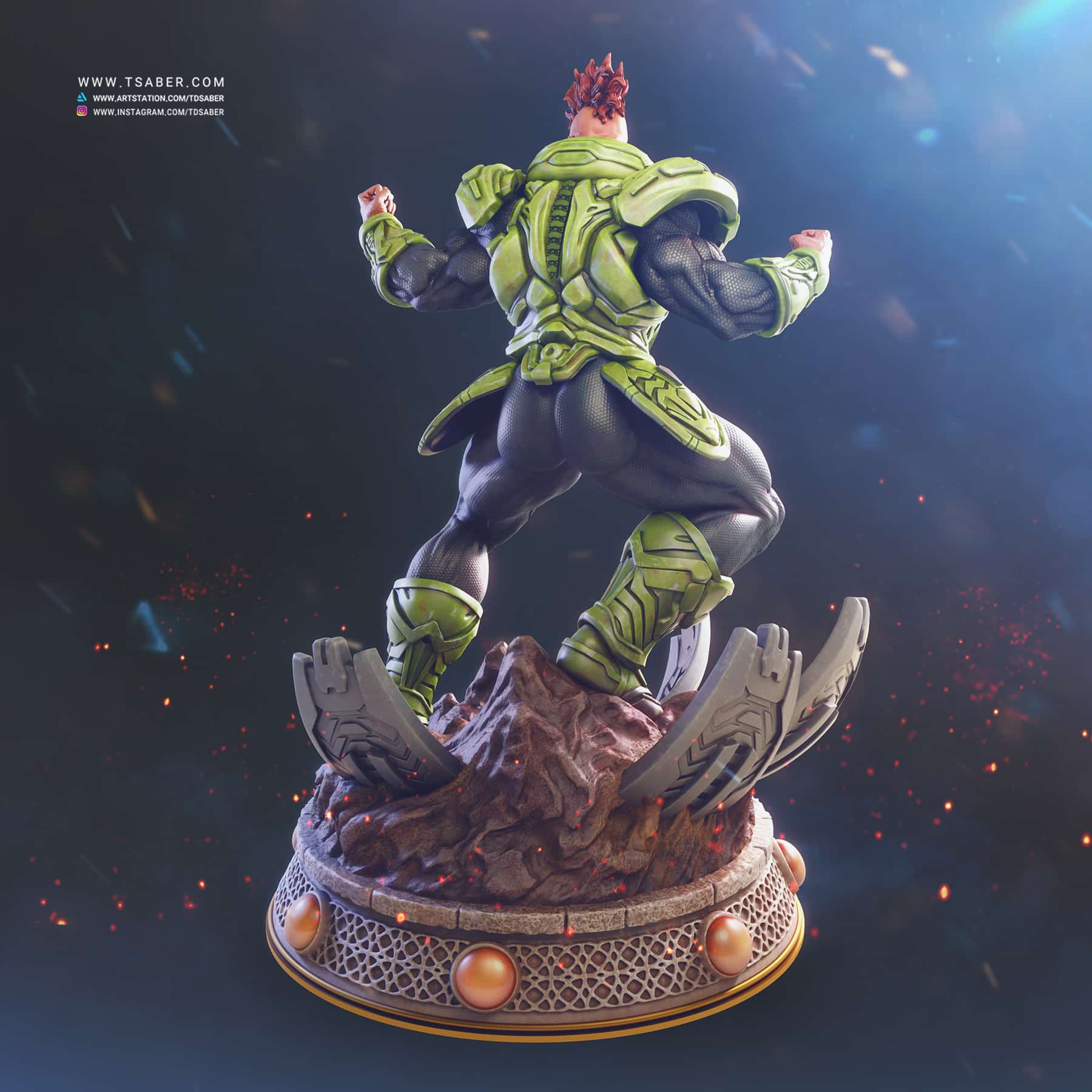 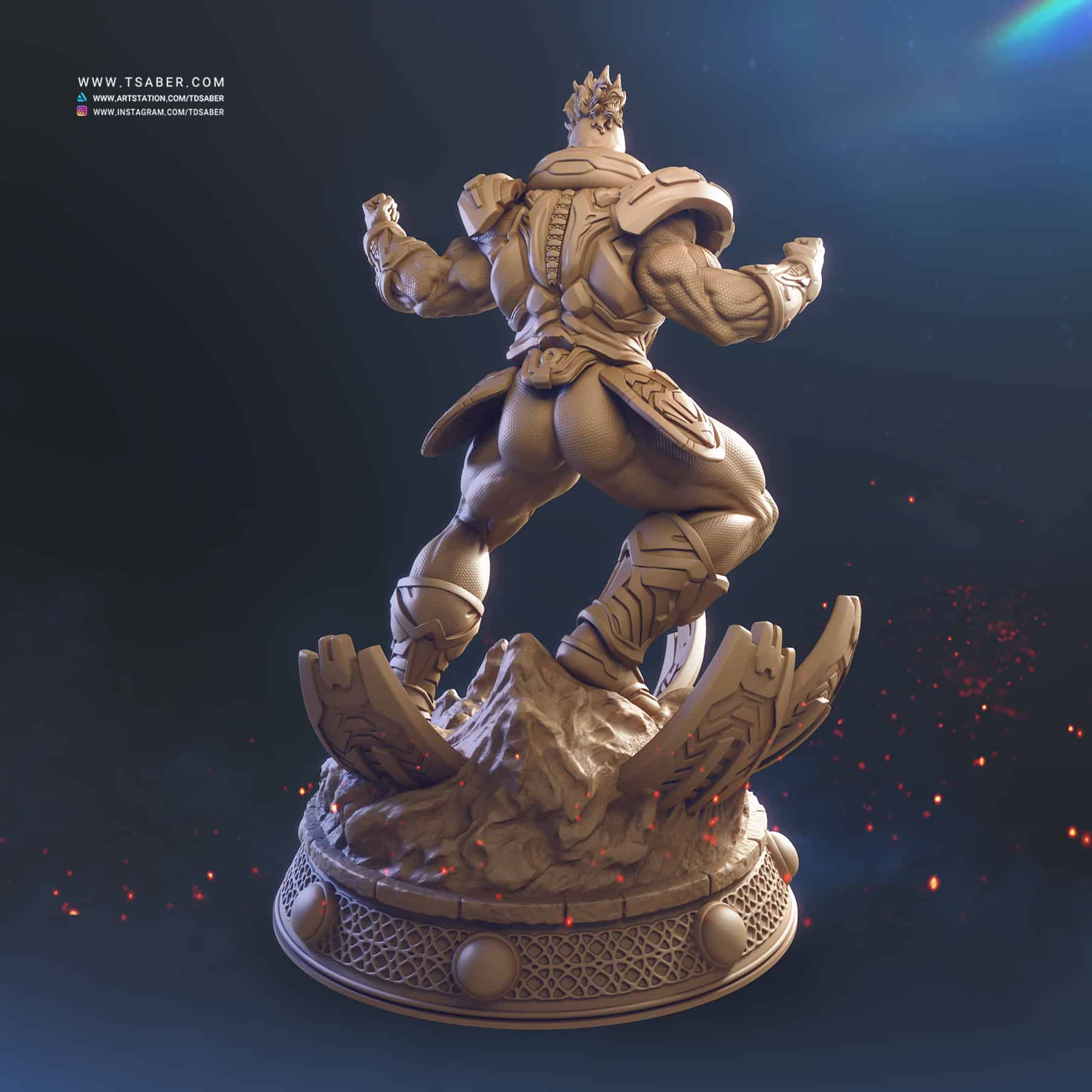 Android 16 first appeared in the Cell arc of Dragon Ball Z manga and anime series. There’s still controversy on how strong he was compared to Android 17 and Android 18. Personally it was a bit sad that the fans couldn’t see Android 16 a lot in the Dragon Ball Z Series. My direction on redesigning the character was to create a more detailed and robotic look for the character. At the same time I wanted to preserve the exact anime look and color theme.

I also considered some branding aspects and I tried to preserve the action figure look. Perhaps getting too far away from the original Android 16 design, would make the 3d sculpture unrecognizable for the fans. Most importantly, it’s essential to keep the classic vintage feel of Android 16 since that’s exactly what the fans felt when they watched him on TV screens.

Android 16 was created inside Zbrush and it was rendered with Mental Ray inside 3dsmax.