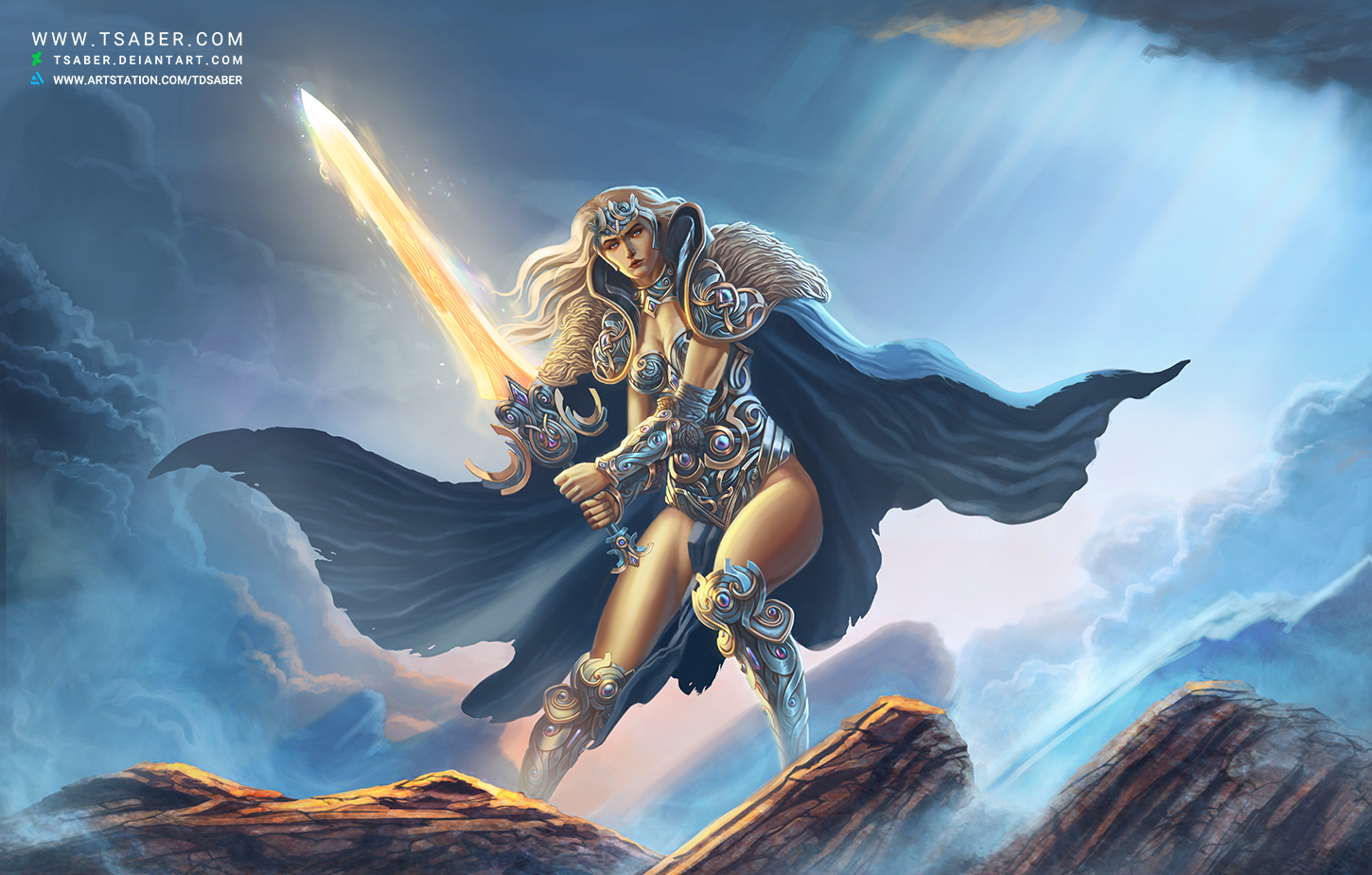 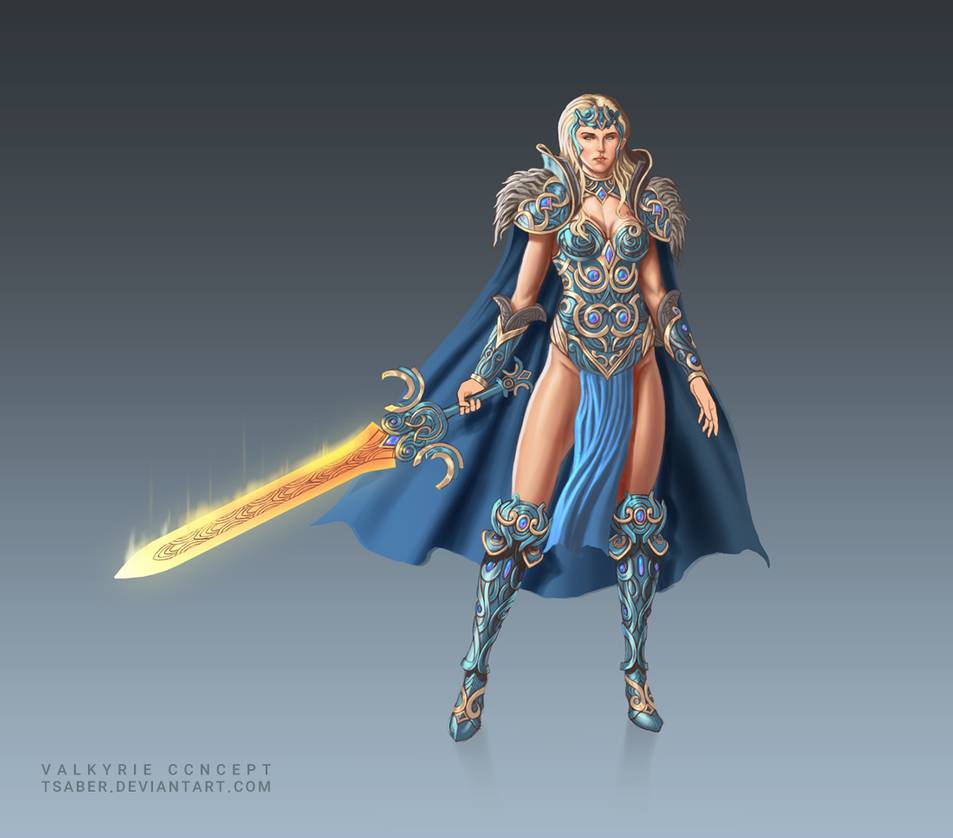 This is my take on the Norse Mythology Valkyrie. I tried to preserve the classic the Nordic appearance of Valkyrie and combine it with Marvel universe design. Eventually I added my very own touch to Valkyrie Fantasy Artwork. I keep few elements of Valkyrie intact such as the blonde hair and the blue cloths. I believe most people grew up with that idea. Also those elements are very power in most fantasy female characters and artworks.

I’ve seen so many reincarnations and creative designs and artworks of Valkyrie Fantasy Artwork from various artists. I’ve enjoyed and learnt a lot from them. Sadly not all the fans welcome new ideas, therefore I thought it would be safe to stay loyal to the original Norse mythology Valkyrie description.

In all cases, Valkyrie is a powerful warrior. Also Valkyrie honors battle for noble cause. Therefore I wanted to depict Valkyrie’s might as a fantasy female warrior. I thought a magical sword was needed to create that vision. I hope I can find the time to create a 3D Zbrush sculpture of my own Valkyrie Fantasy Artwork somewhere in the future. I’m very interested to hear from everyone how they perceive Valkyrie.