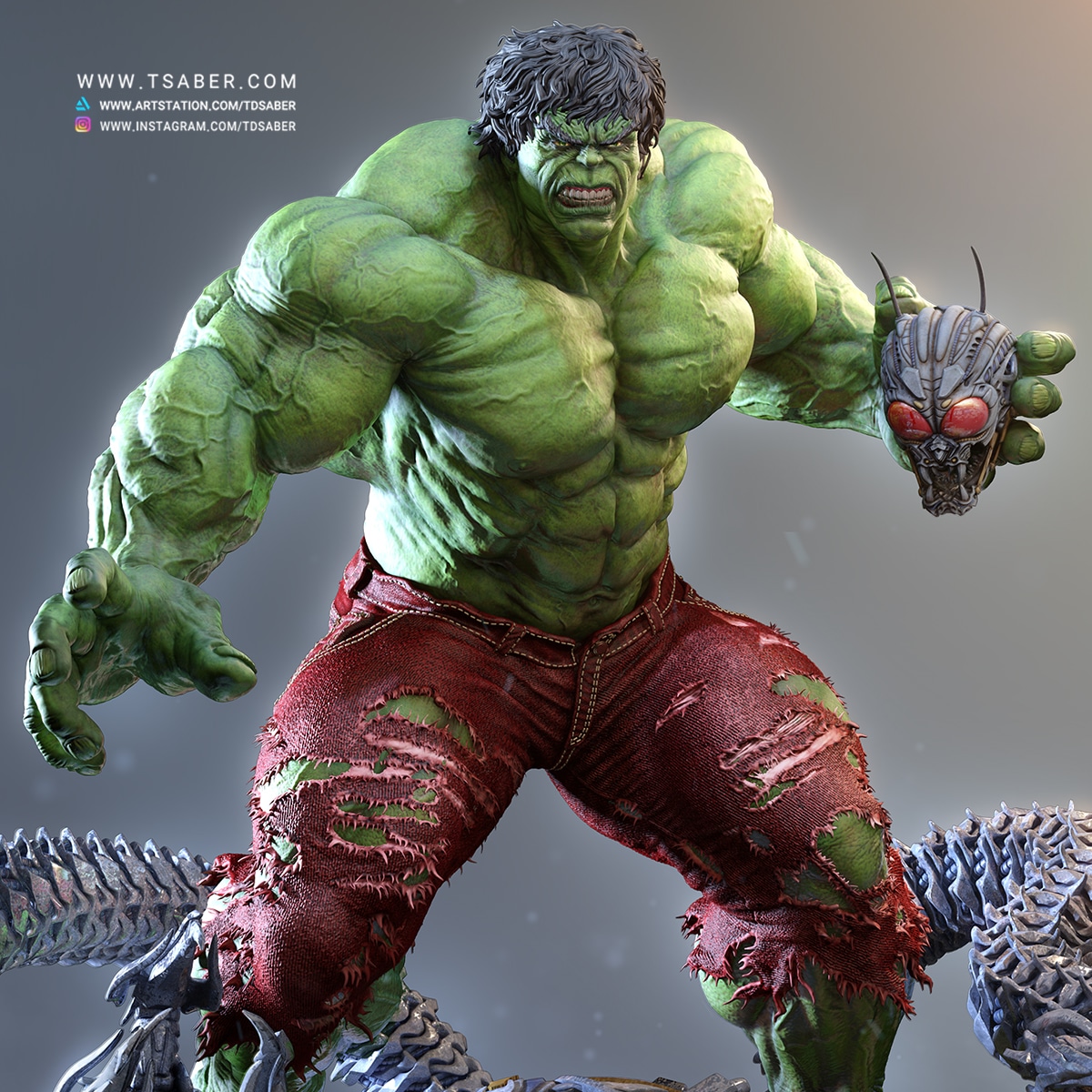 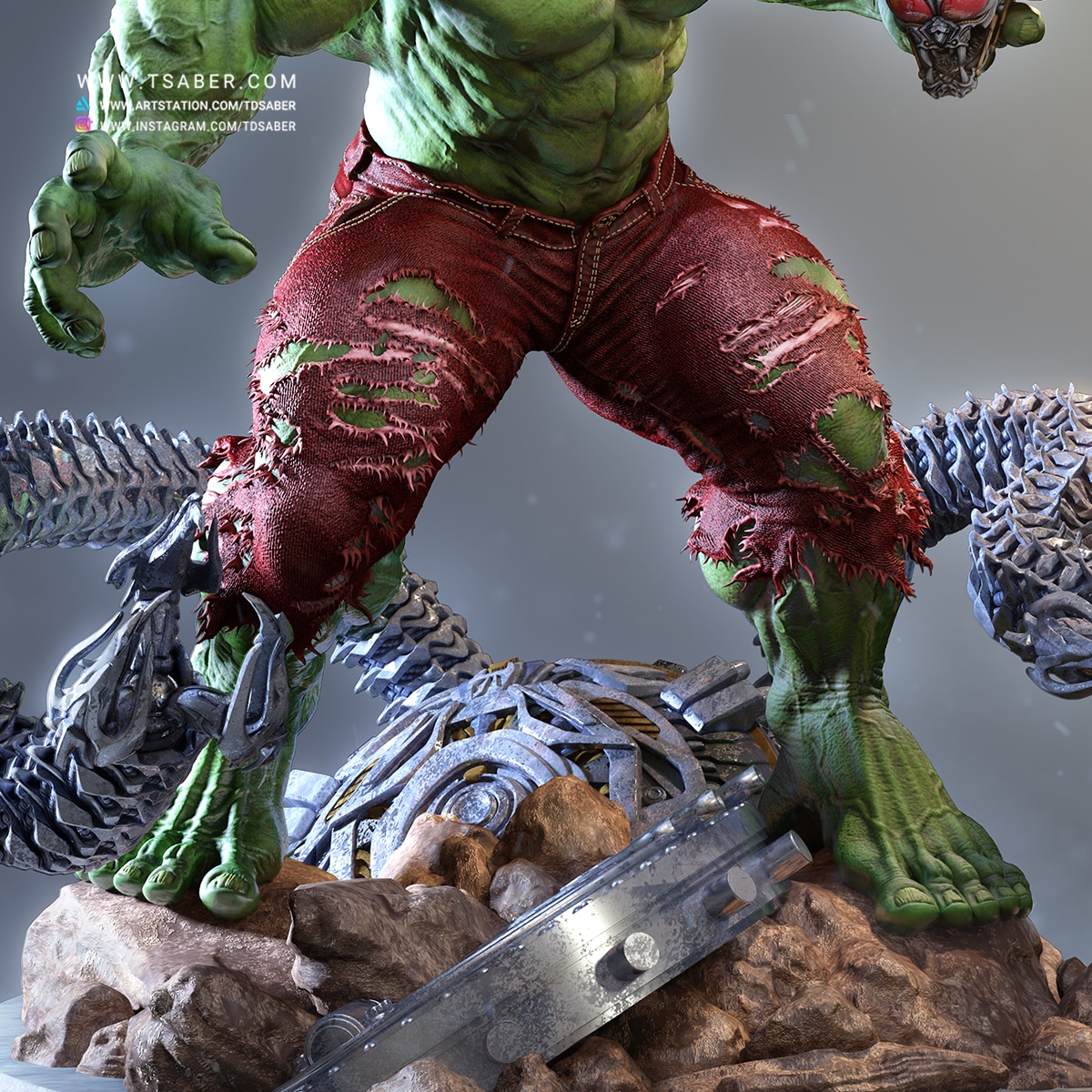 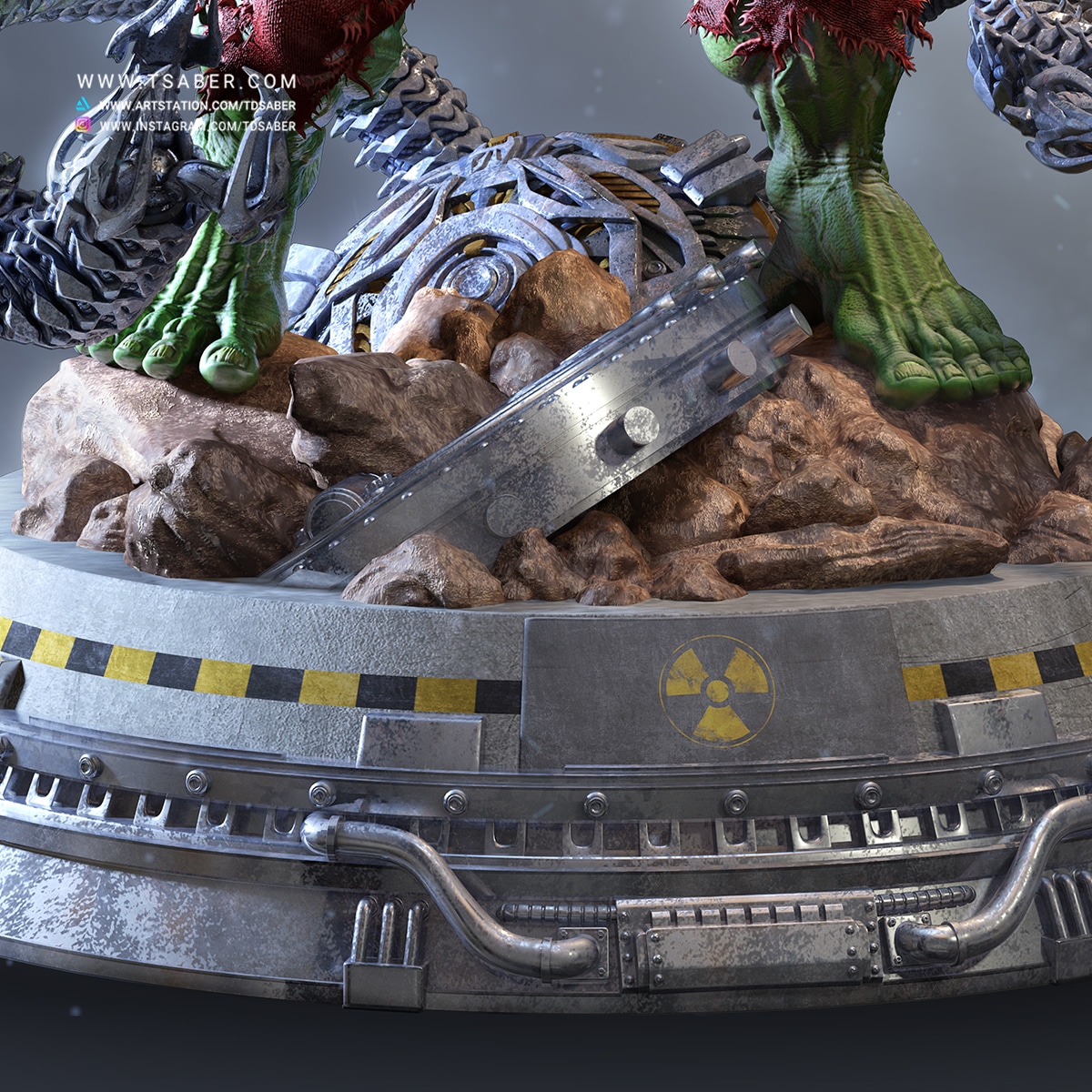 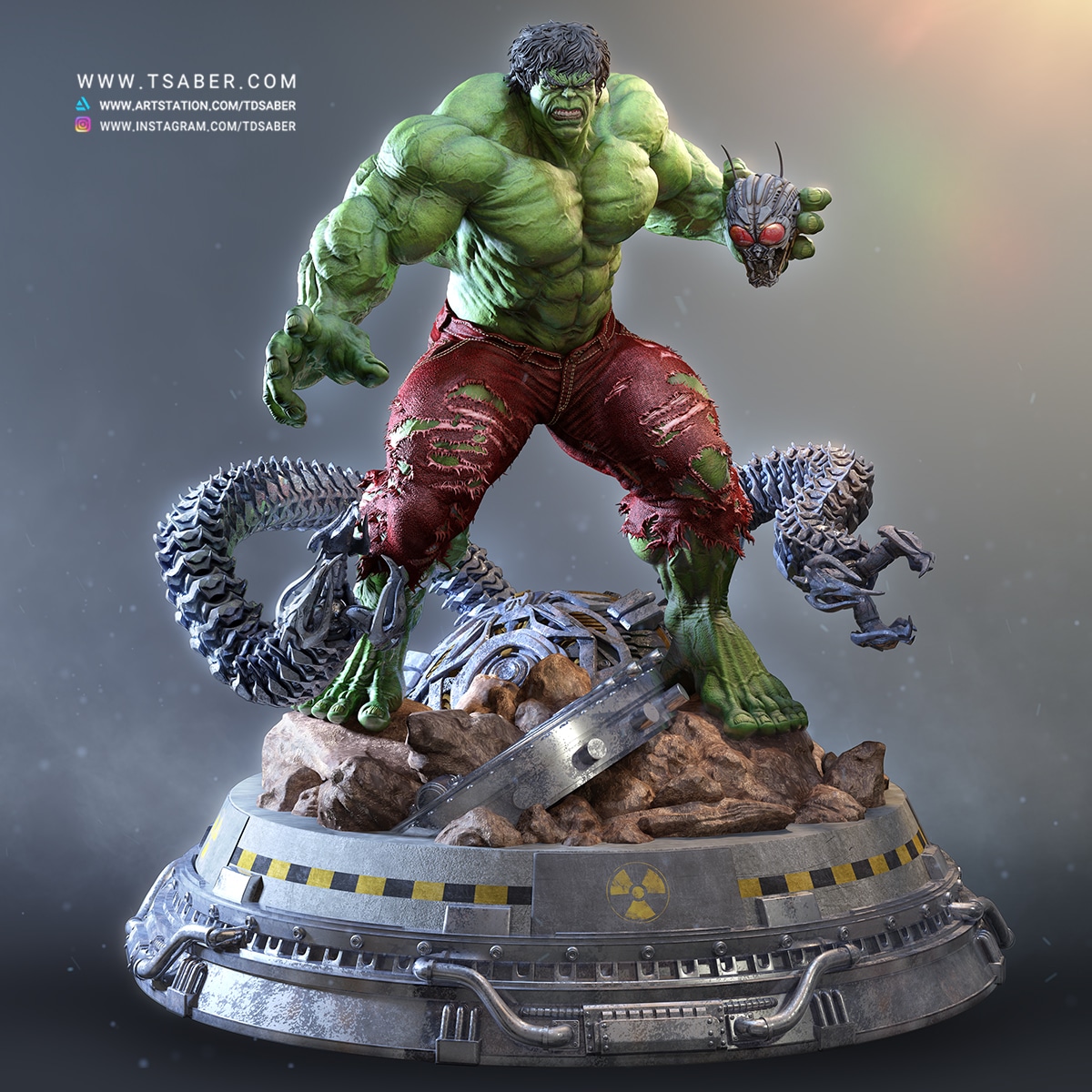 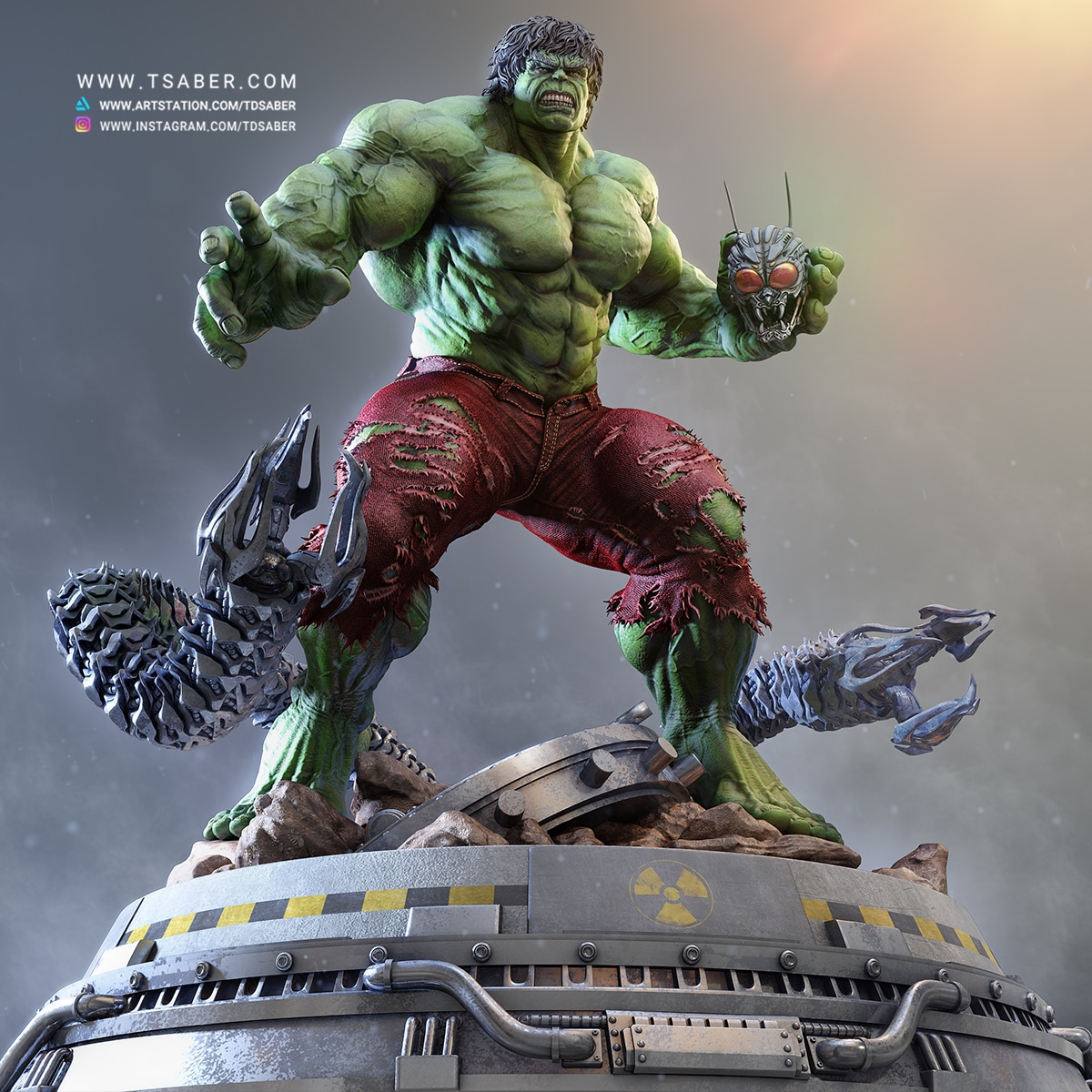 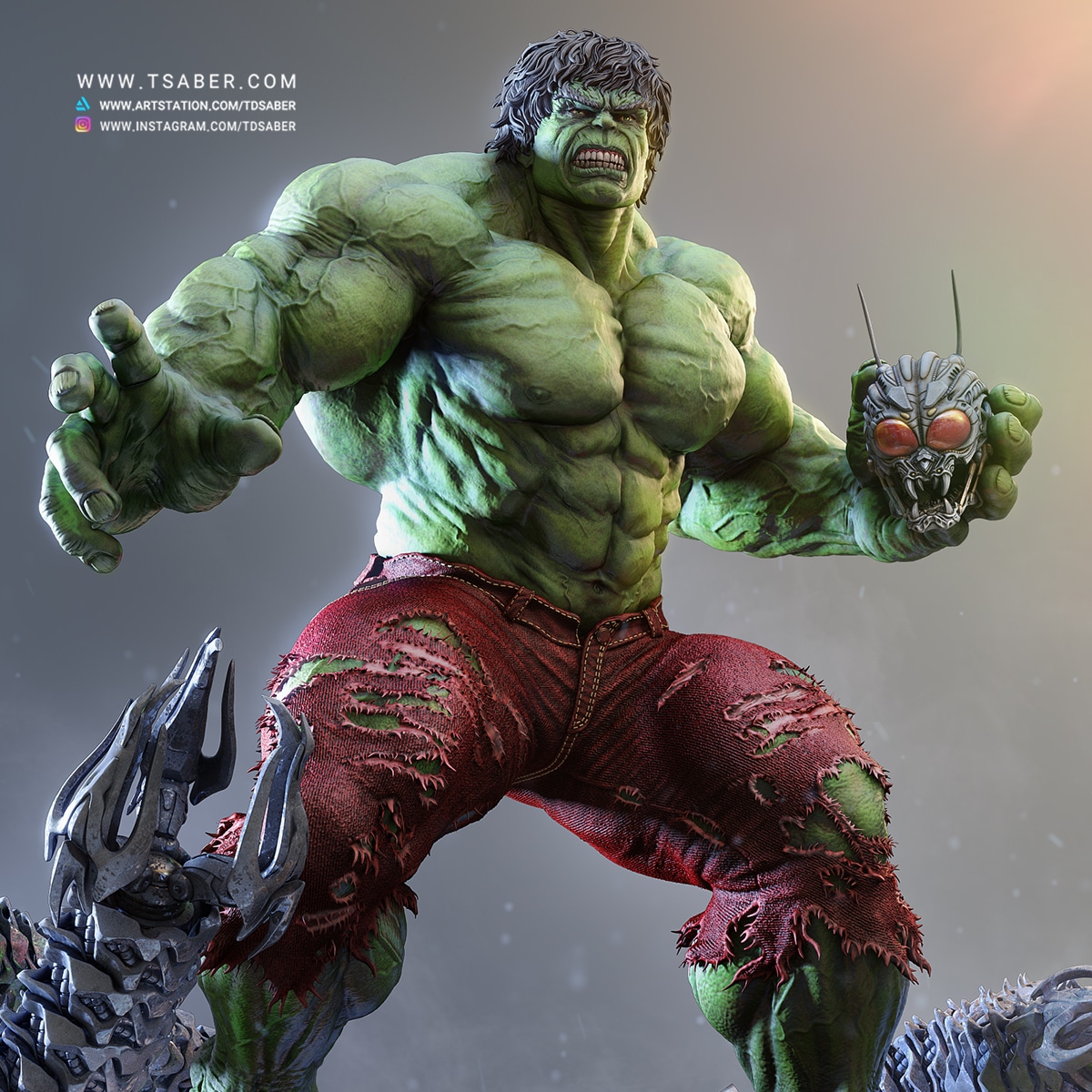 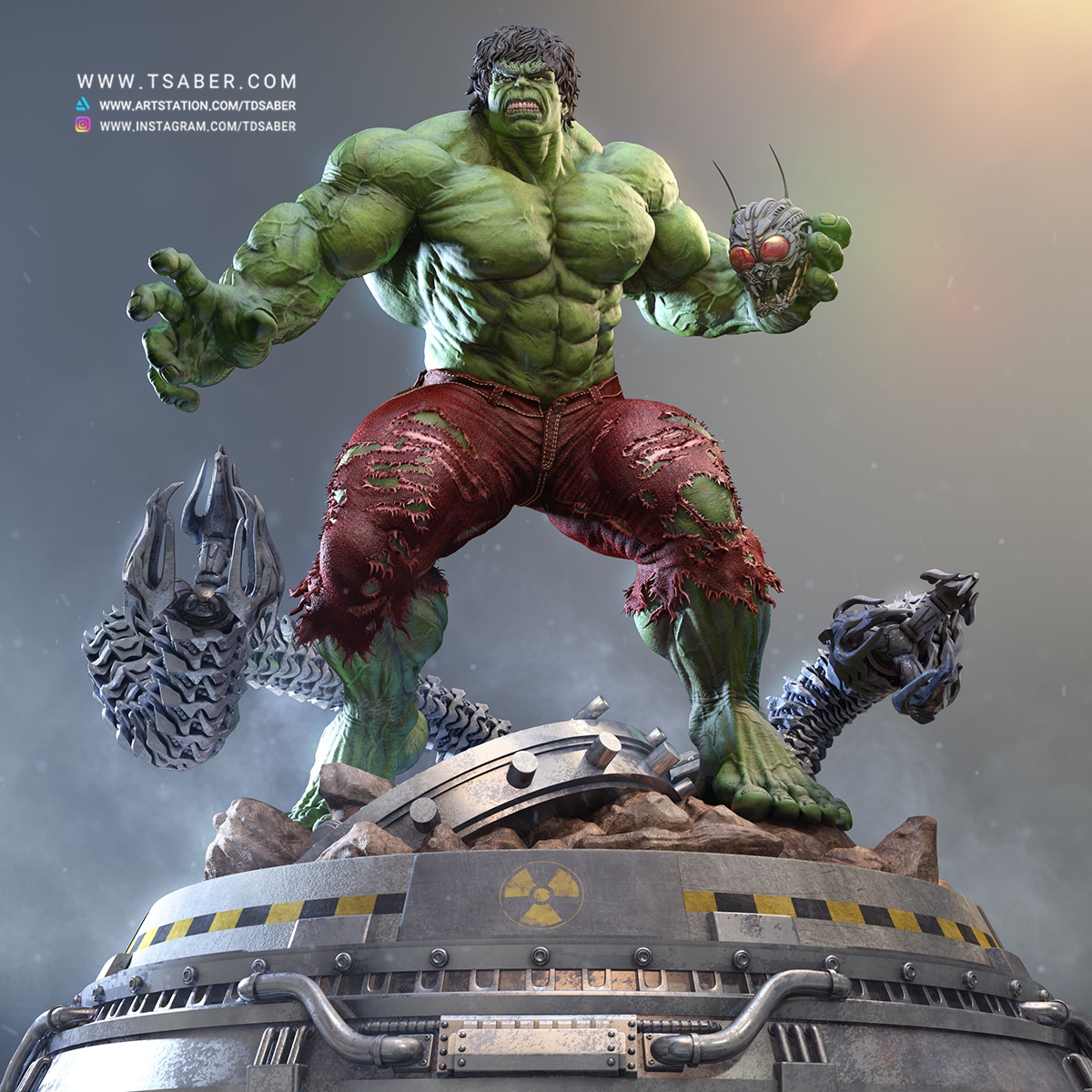 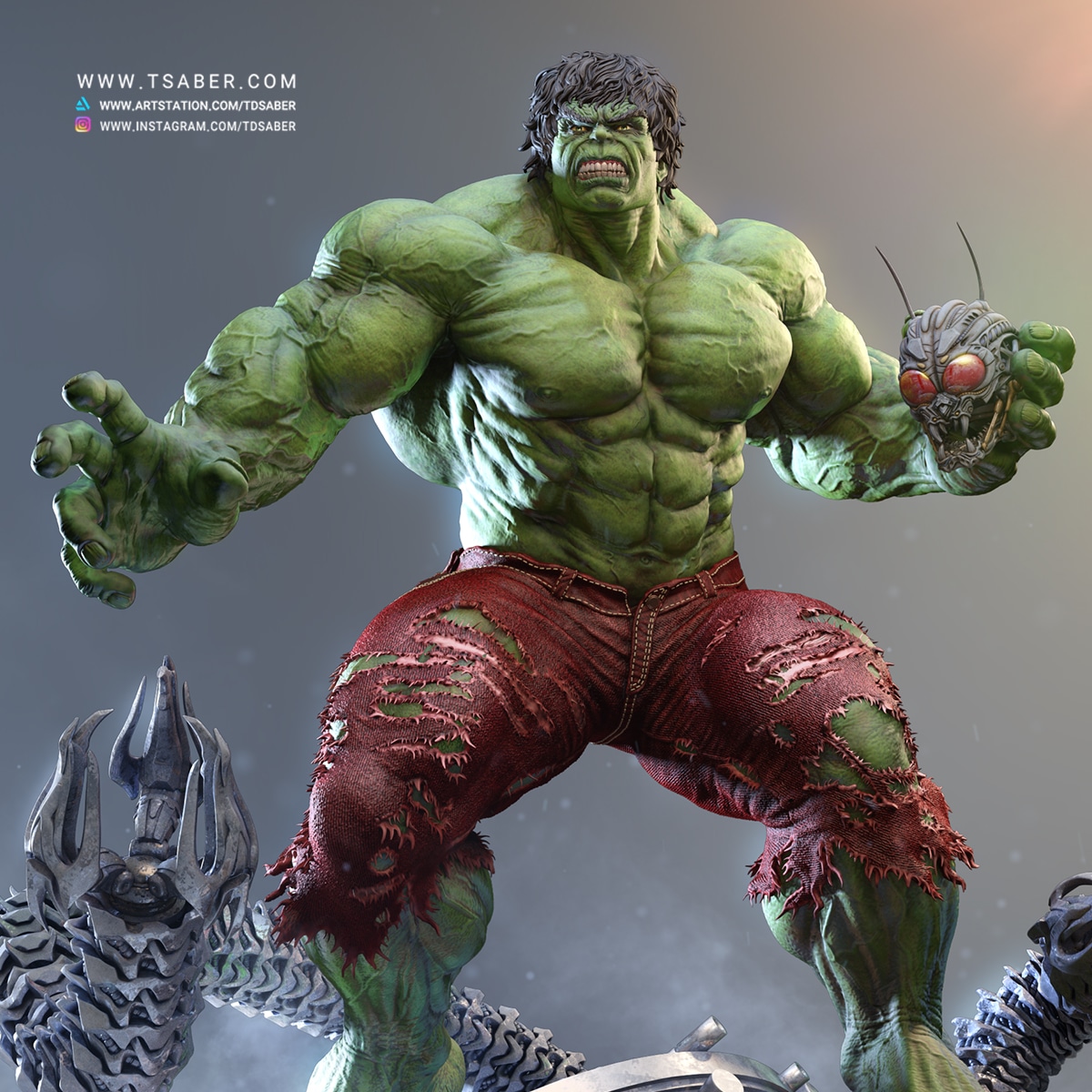 This is my first post of the year 2021. I hope all Hulk’s fans would be happy to see my new work. This is my representation of the 80’s animation Hulk statue from marvel comics.

You may see the Process of sculpting of Hulk’s statue in my blog HERE.

Hulk’s statue was digitally sculpted in Zbrush and it was rendered with Mental ray inside 3DSmax program.

I did my best to bring out the Hulk from the animation, using different elements from the animation. Firstly, I tried to capture Hulk’s Frankenstein facial look. The messy 80’s hair was an essential touch to the look since the animation was made in the ’80s. The thick and pointy eyebrows were other iconic elements that I preserved in Hulk’s statue. Since Hulk’s body was more proportionate back in the 80’s animation, I stayed loyal to it. I’m very satisfied with the decisions I made.

Secondly, I used the alien robot I used to see in the intro of the Hulk’s animation. As I knew that was an essential part of the animation, I incorporated that idea into the statue. Of course, it would be Hulk smashing the robot. I made Hulk holding on to the severed head of the robot, depicting his victory over the villain.

I also remembered an alien UFO attacking Hulk in the intro, so I included that into the base of the state. To add more drama and action to the scene, I made mechanical the arms coming from the UFO. In this piece, Hulk will take his revenge upon all his adversaries.