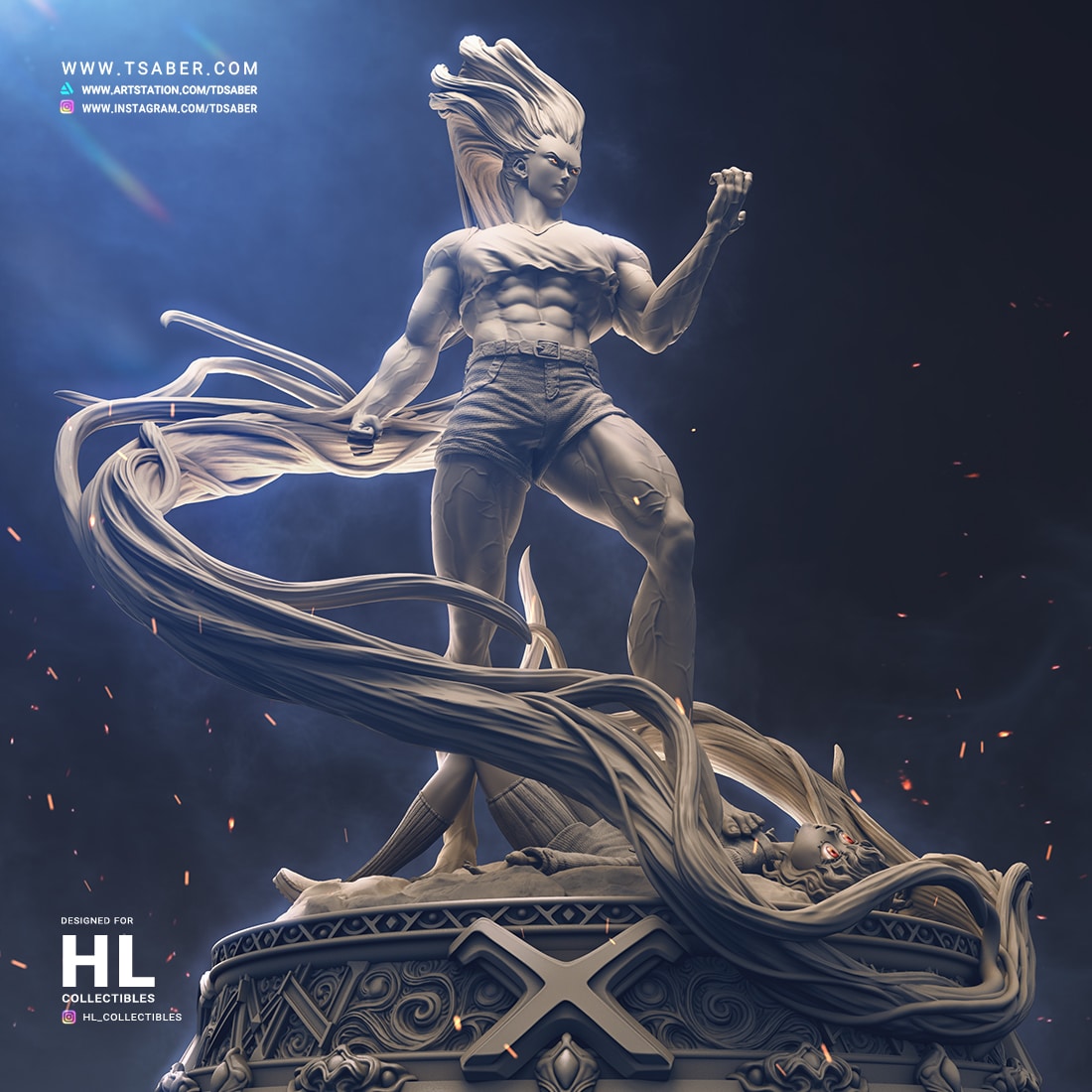 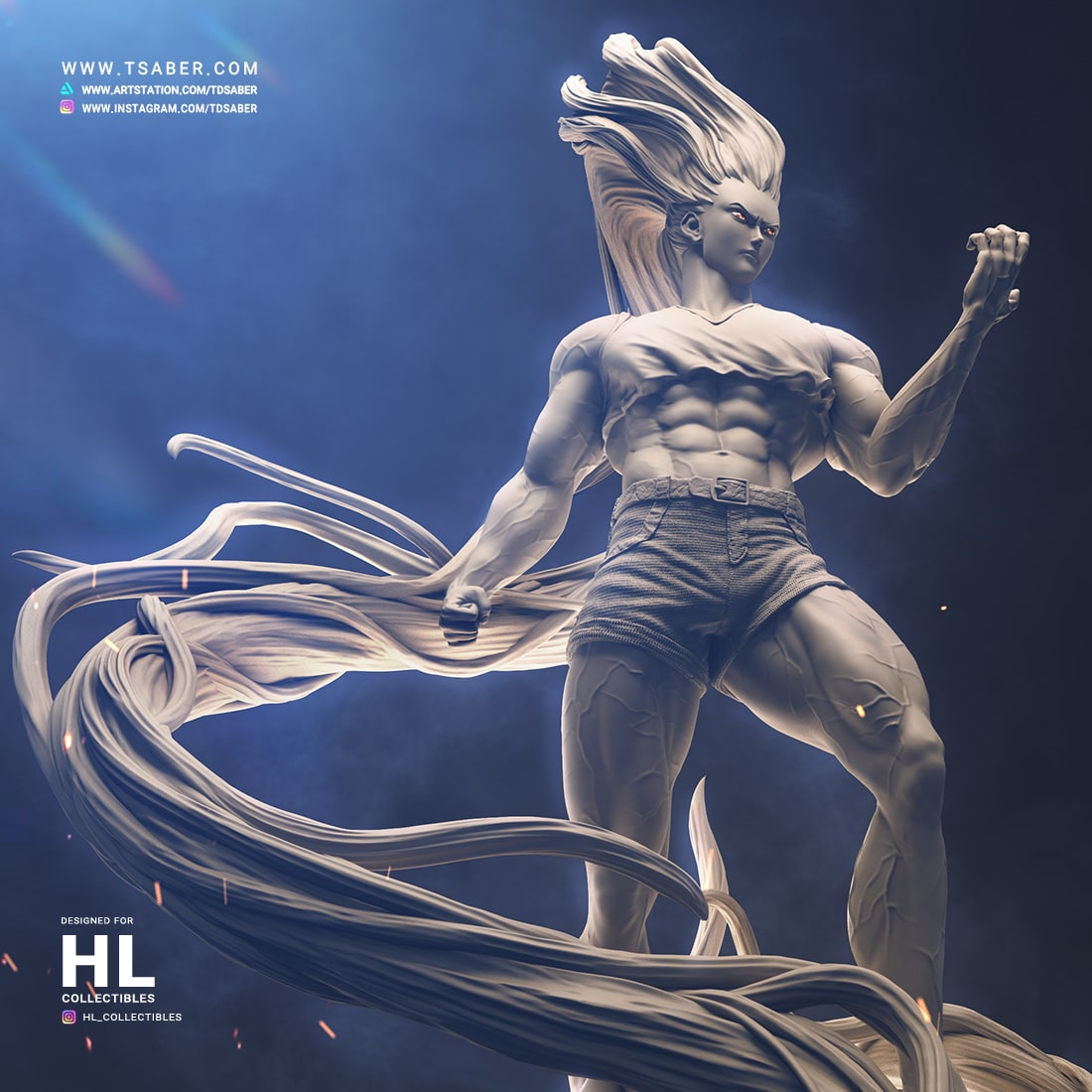 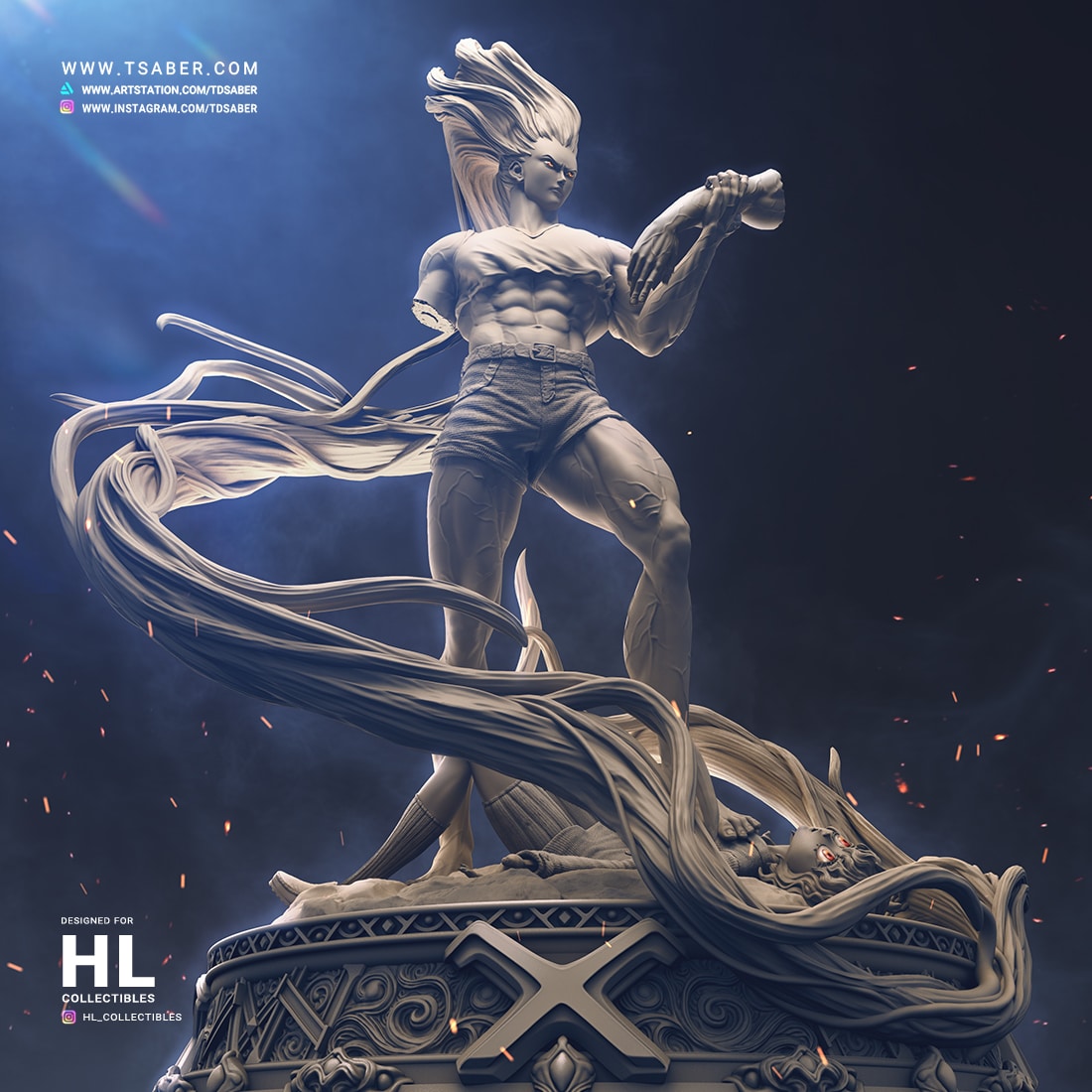 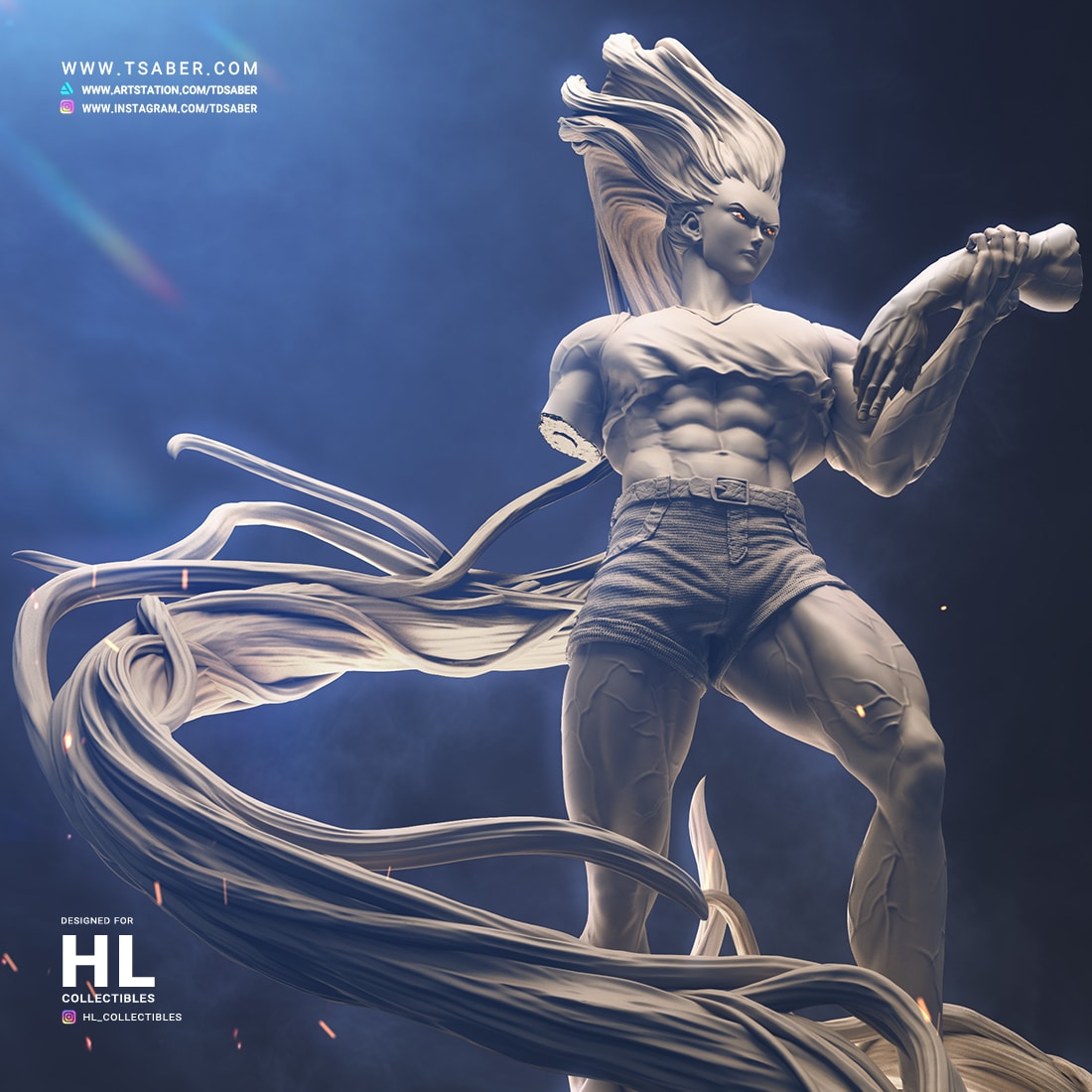 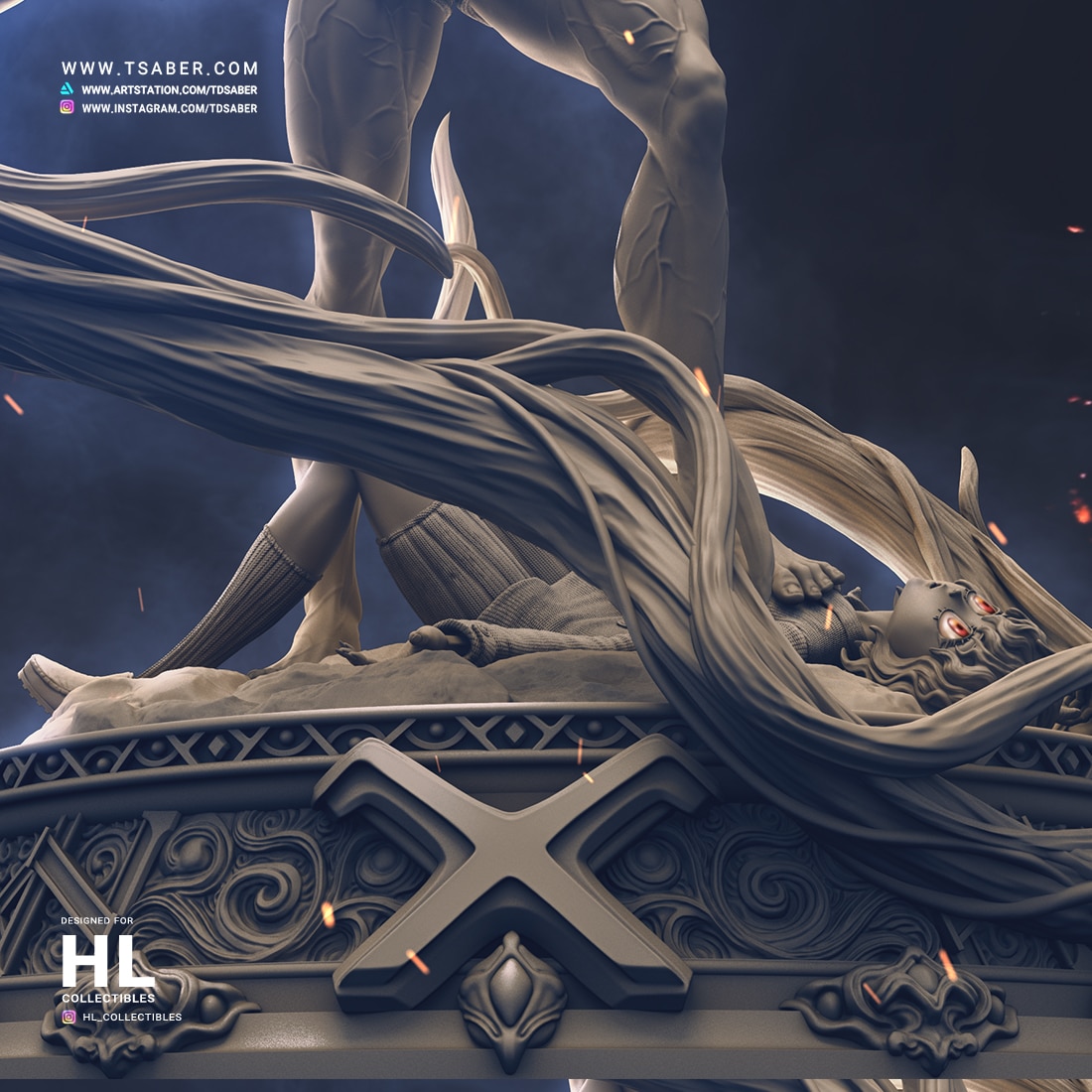 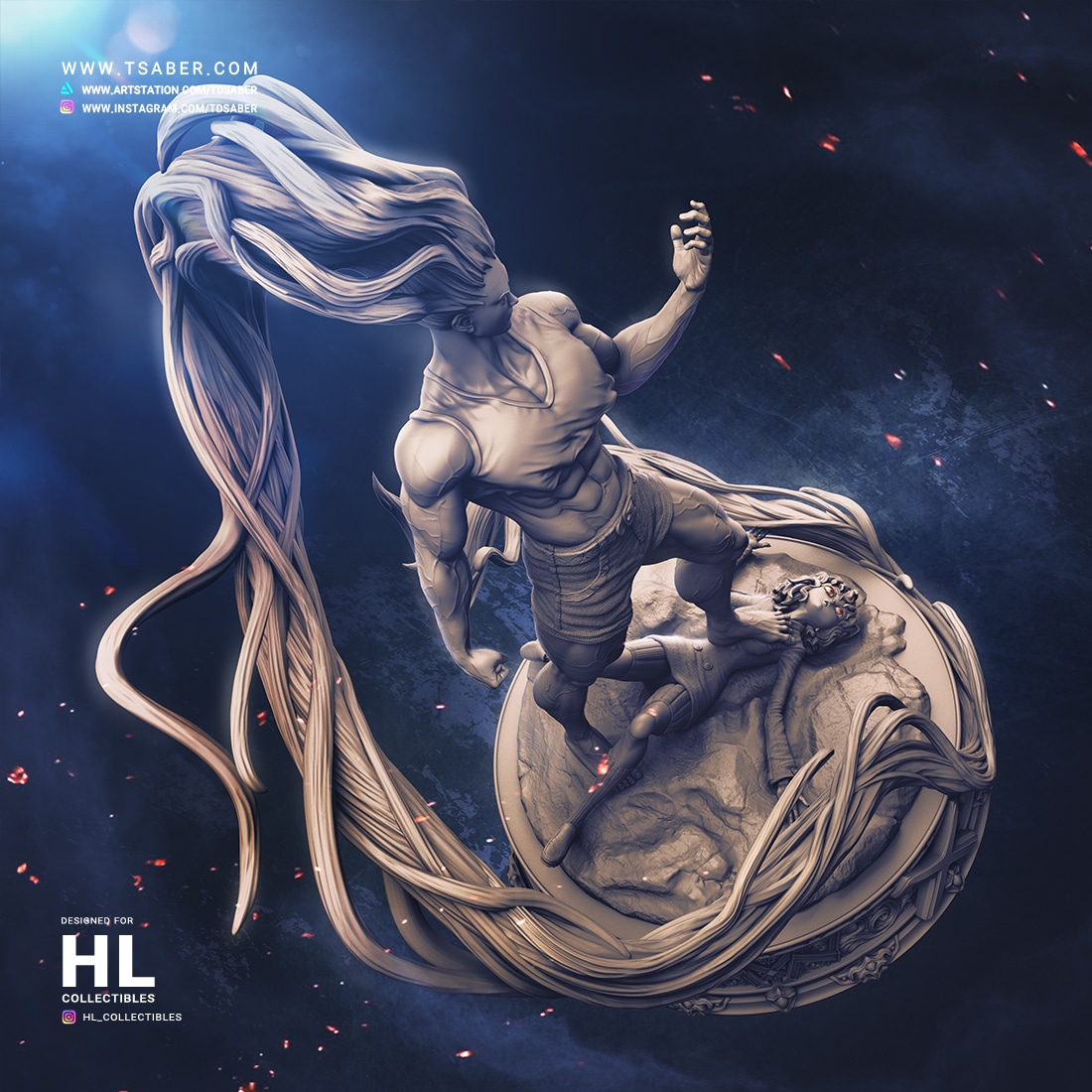 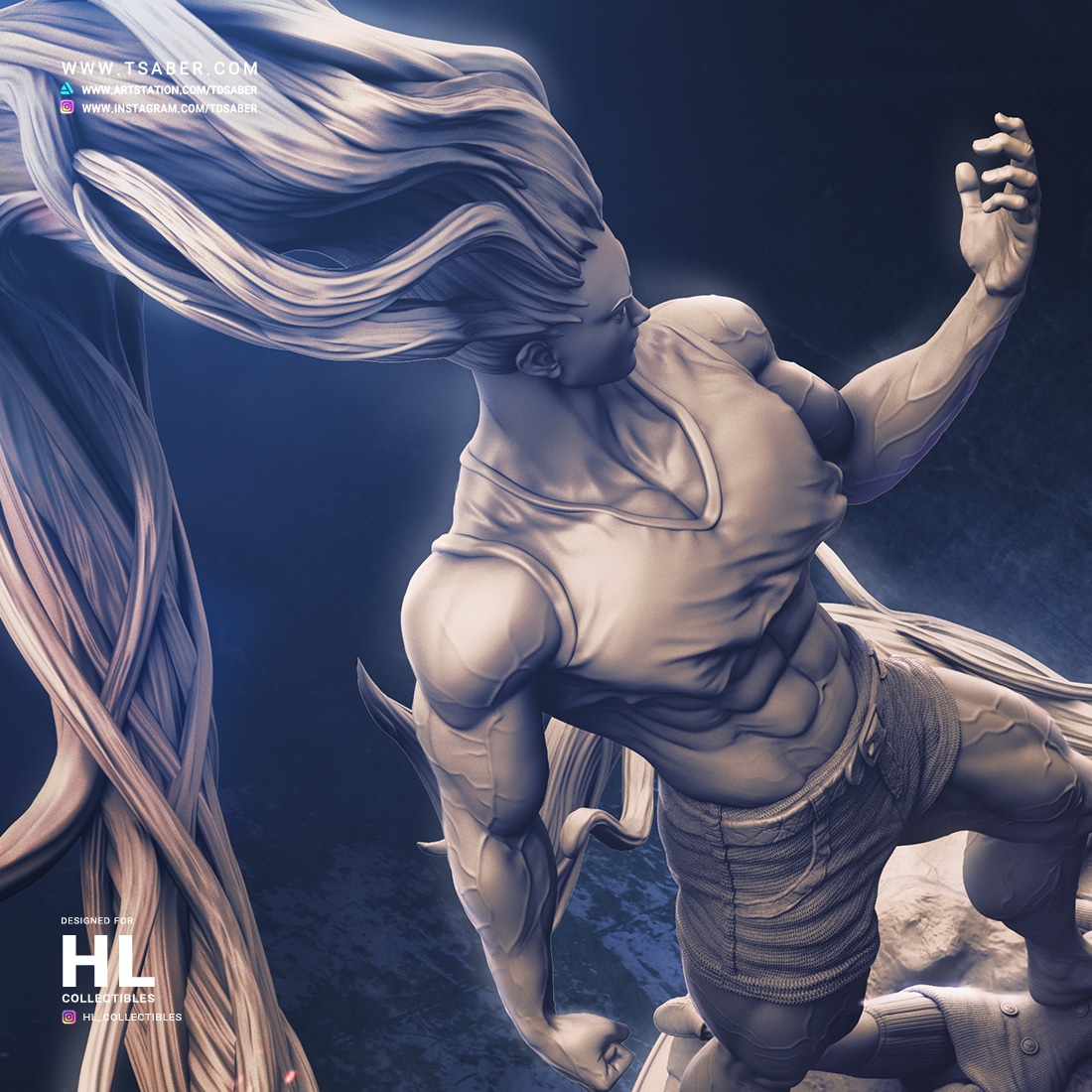 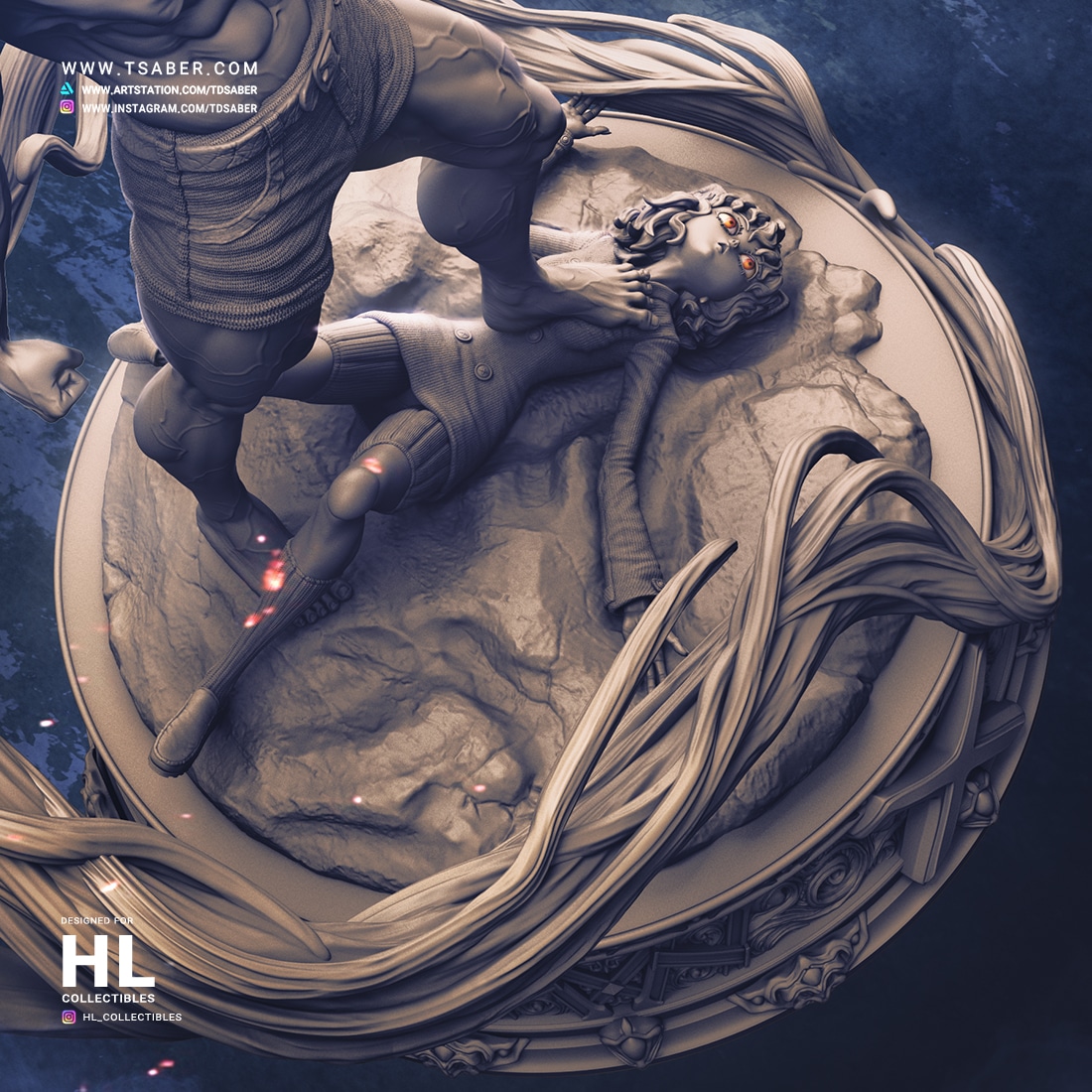 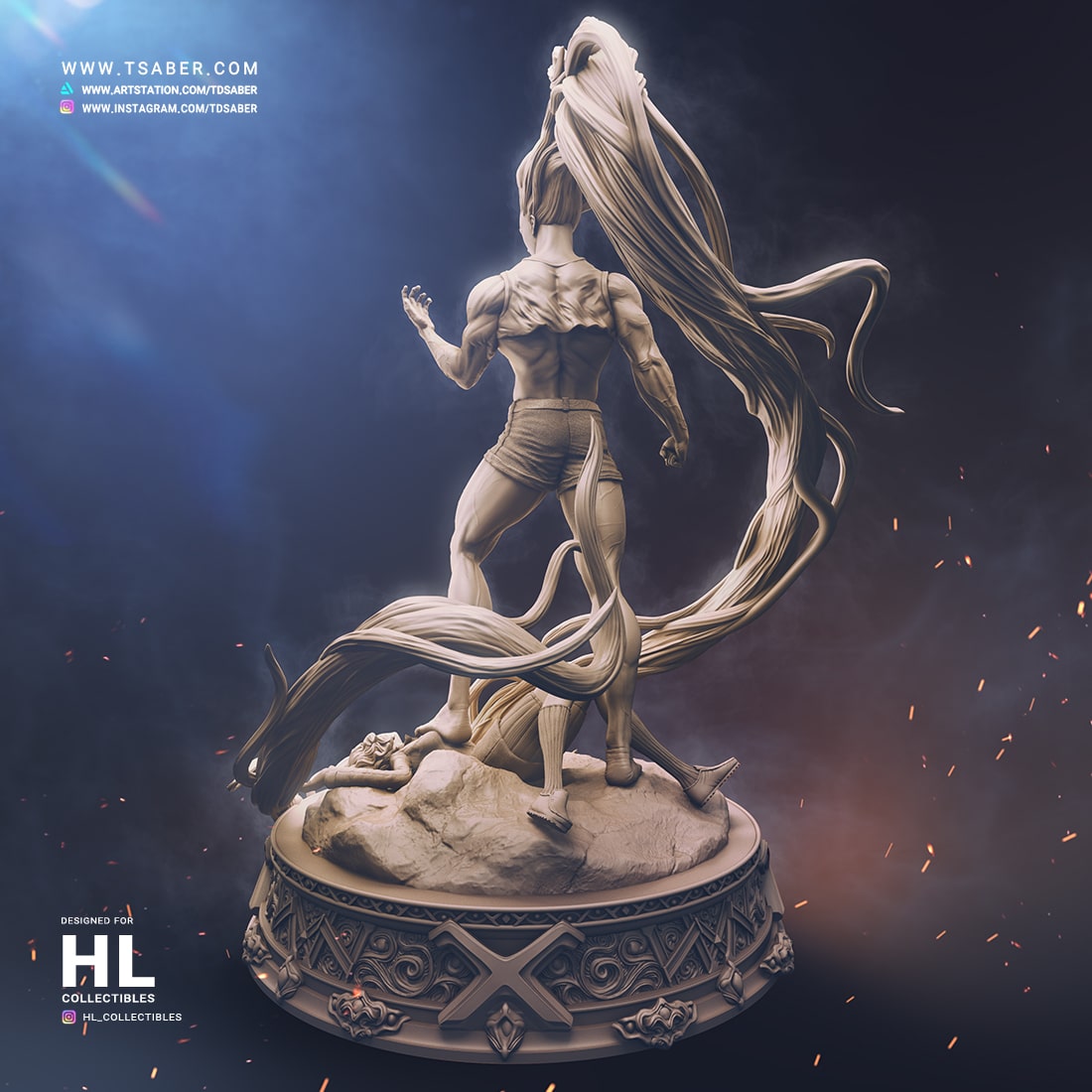 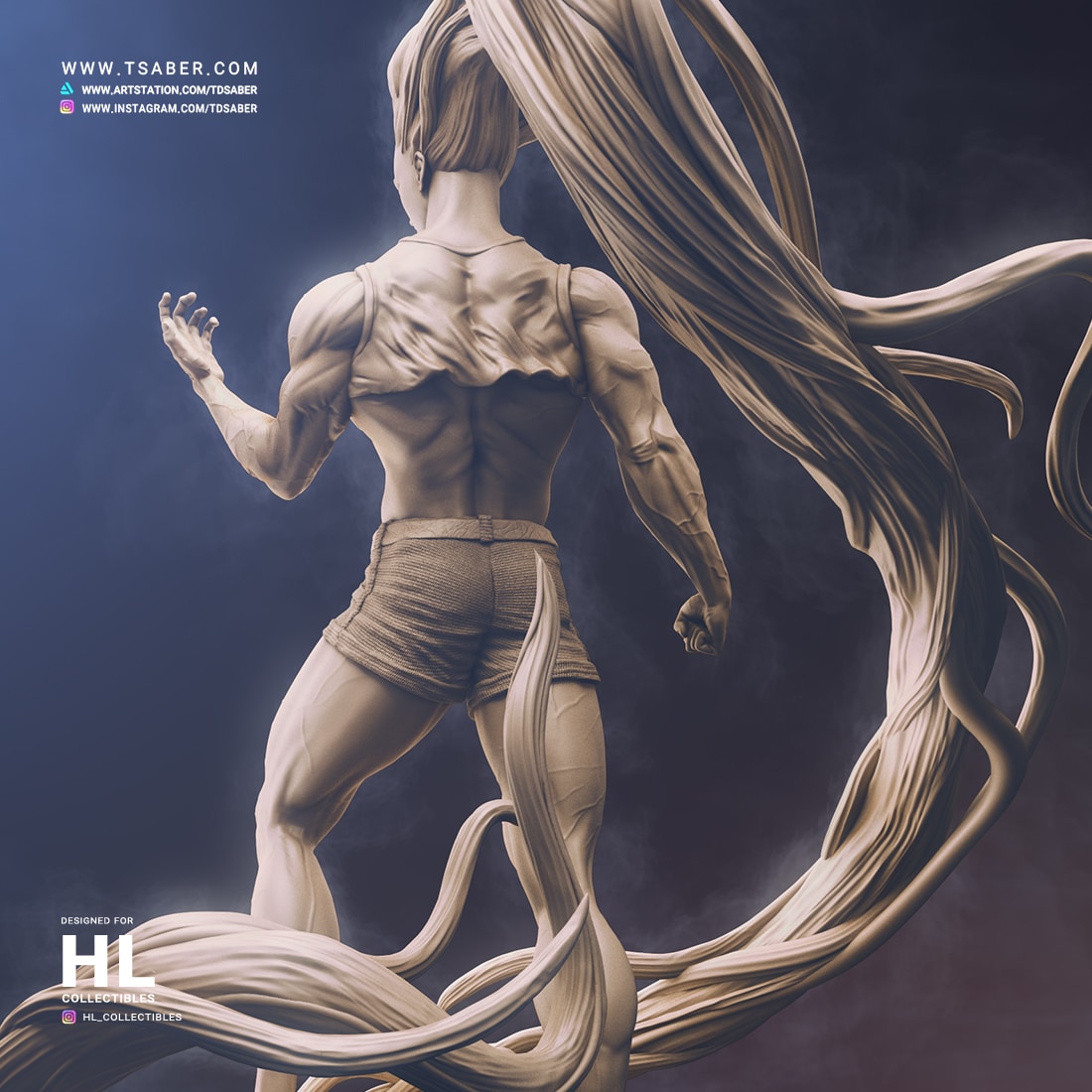 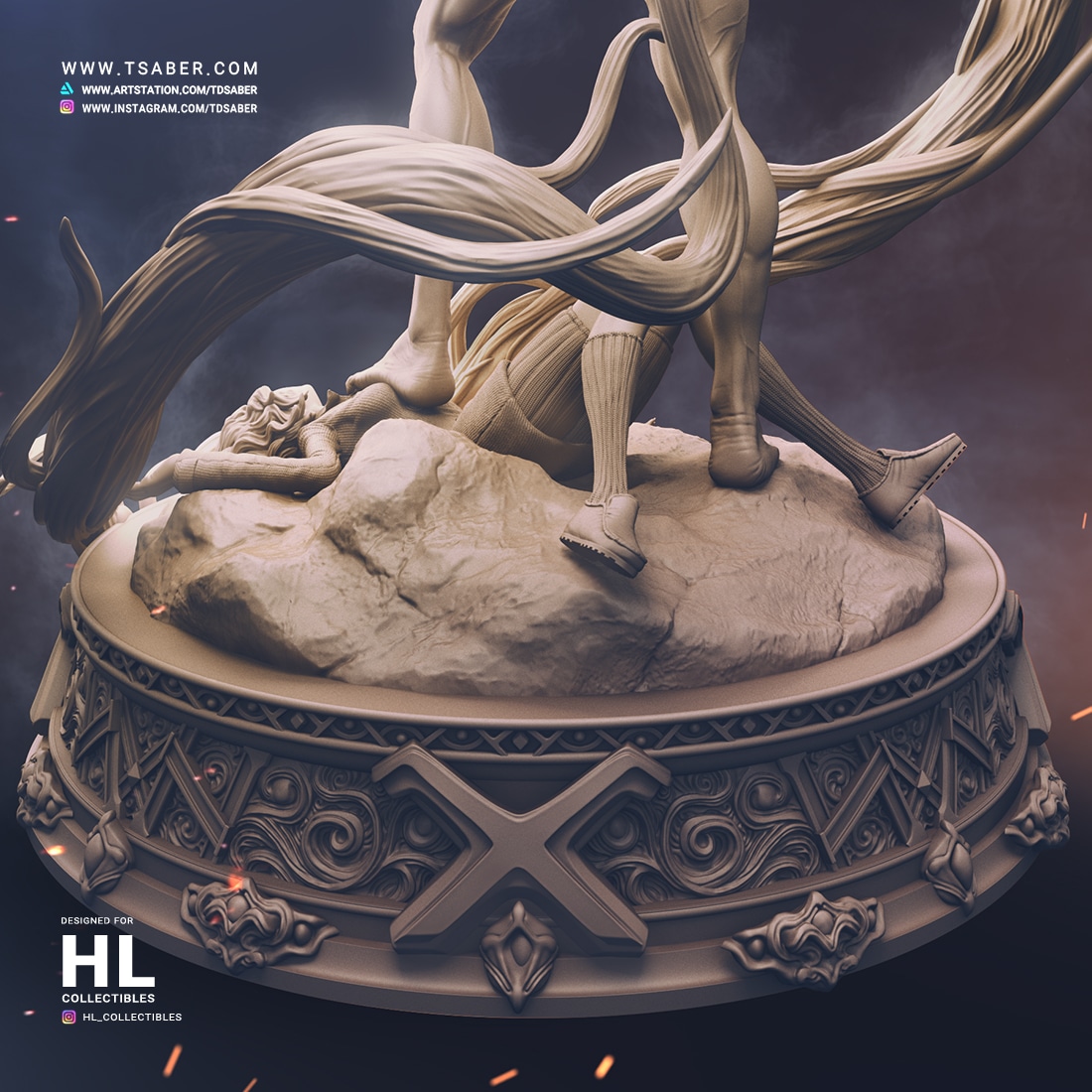 Hello everyone,
I’m very glad to share more of my renders from the project Gon VS Pitou zbrush statue, based on Japanese pop culture, Hunter X Hunter anime and manga series. Gon vs Pitou 3d Zbrush statue was sculpted for HL Collectibles. HL Collectibles is a small community of friends creating custom statue and figurama collectibles for their own collections.
You may see previous clay renders of Gon VS Pitou anime statue HERE.

On this post, I wanted to share more of Gon VS Pitou’s Zbrush Statue. Also I wanted to highlight how I was inspired by classic Roman art sculpture to bring more life to Gon and Pitou from Hunter X Hunter. Since we wanted to depict the dominance and triumph of Gon over Pitou, I needed the dramatic posture I saw in Roman Sculptures. Nevertheless, the lighting helped greatly with adding more drama effect to the work. As I recall, the battle between Gon and Pitou was dramatic and impacted the story greatly.
The design of the base of Hunter X Hunter Zbrush statue was inspired by the general mood of the anime. Generally Hunter X Hunter anime is influenced by Neo Gothic culture which we see in the Gothic churches. Therefore I took this element into my advantage in order to create a more dramatic sculpture.
In addition to the current design, Hunter X Hunter Zbrush statue will feature an alternative anime face for Gon. I’ll make sure to keep the fans updated all the time through my Instagram and other social media channels I have.
Gon VS Pitou Zbrush statue collectibles was sculpted in Zbrush and rendered in 3DSmax using Mental Ray. I hope the fans like my work.
You may find the portrait render of GON and PITOU on my previous posts
Sincerely