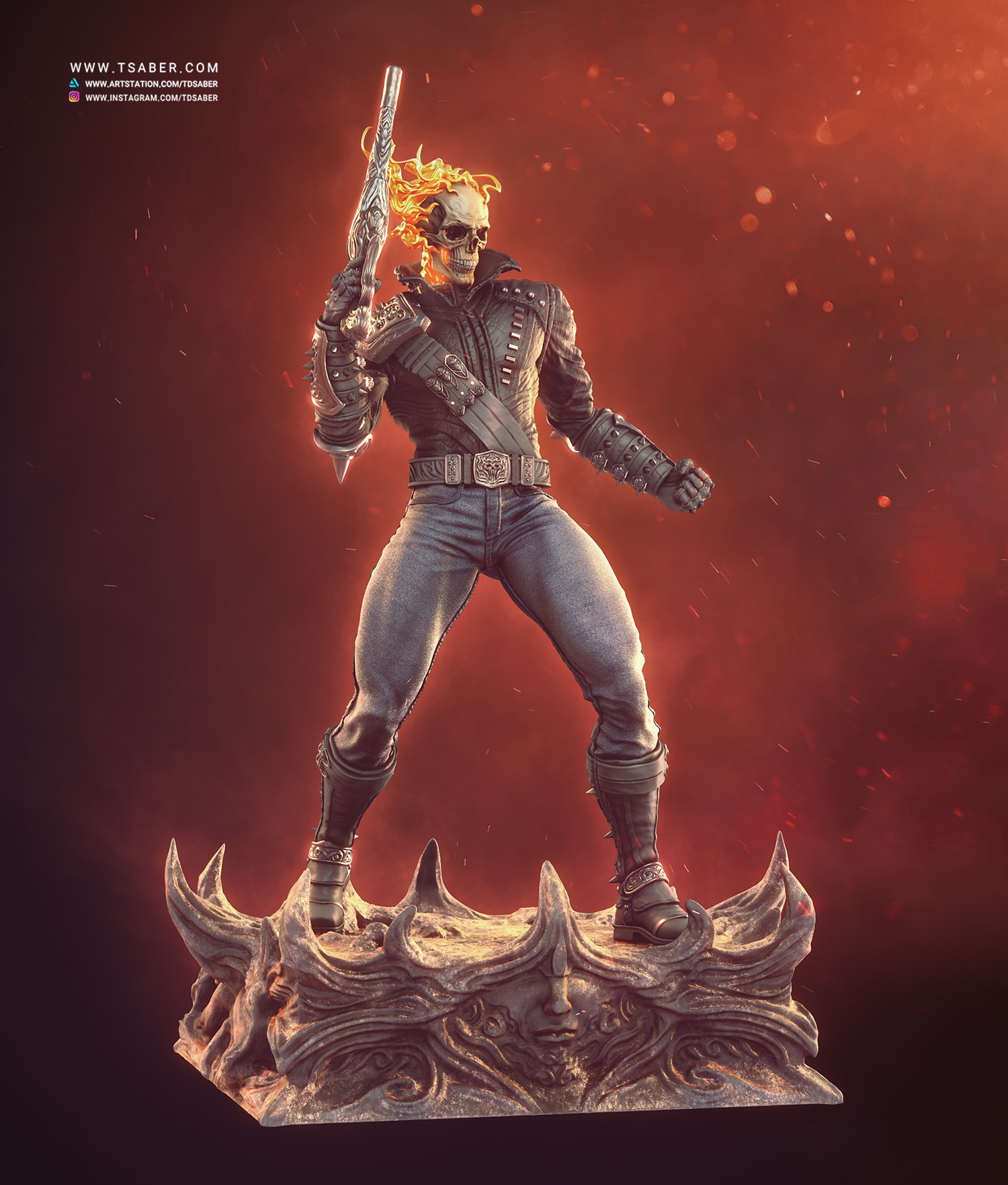 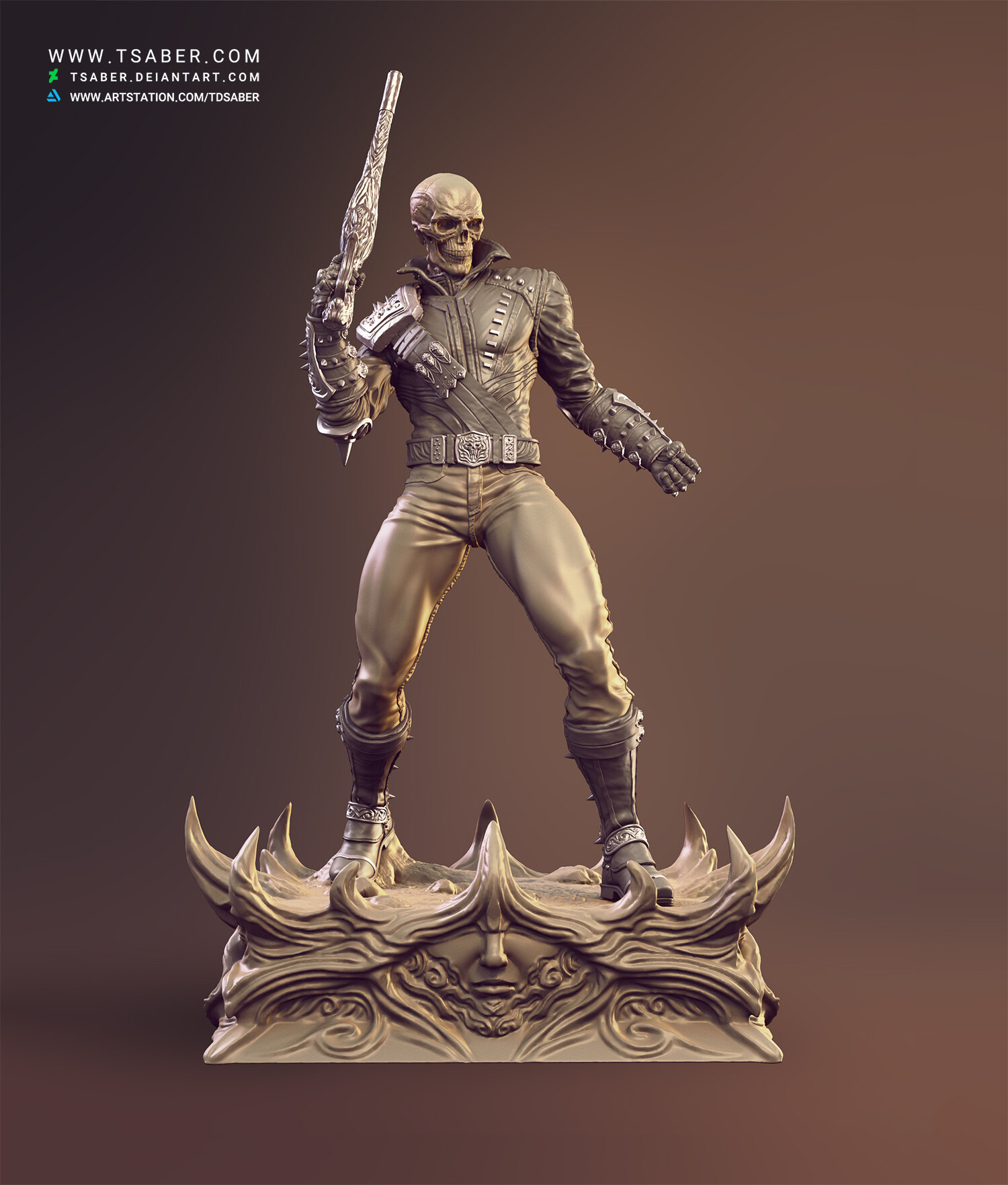 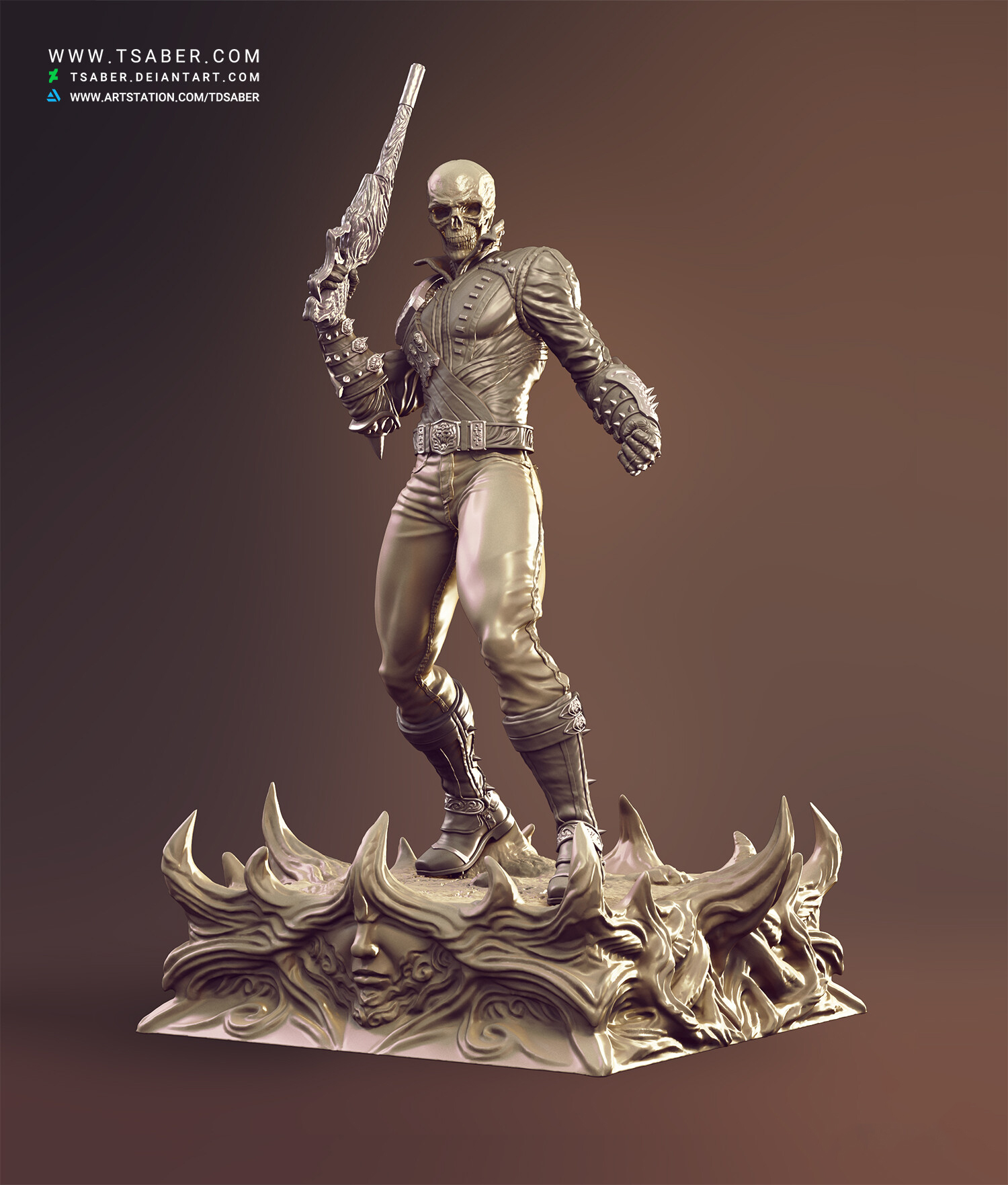 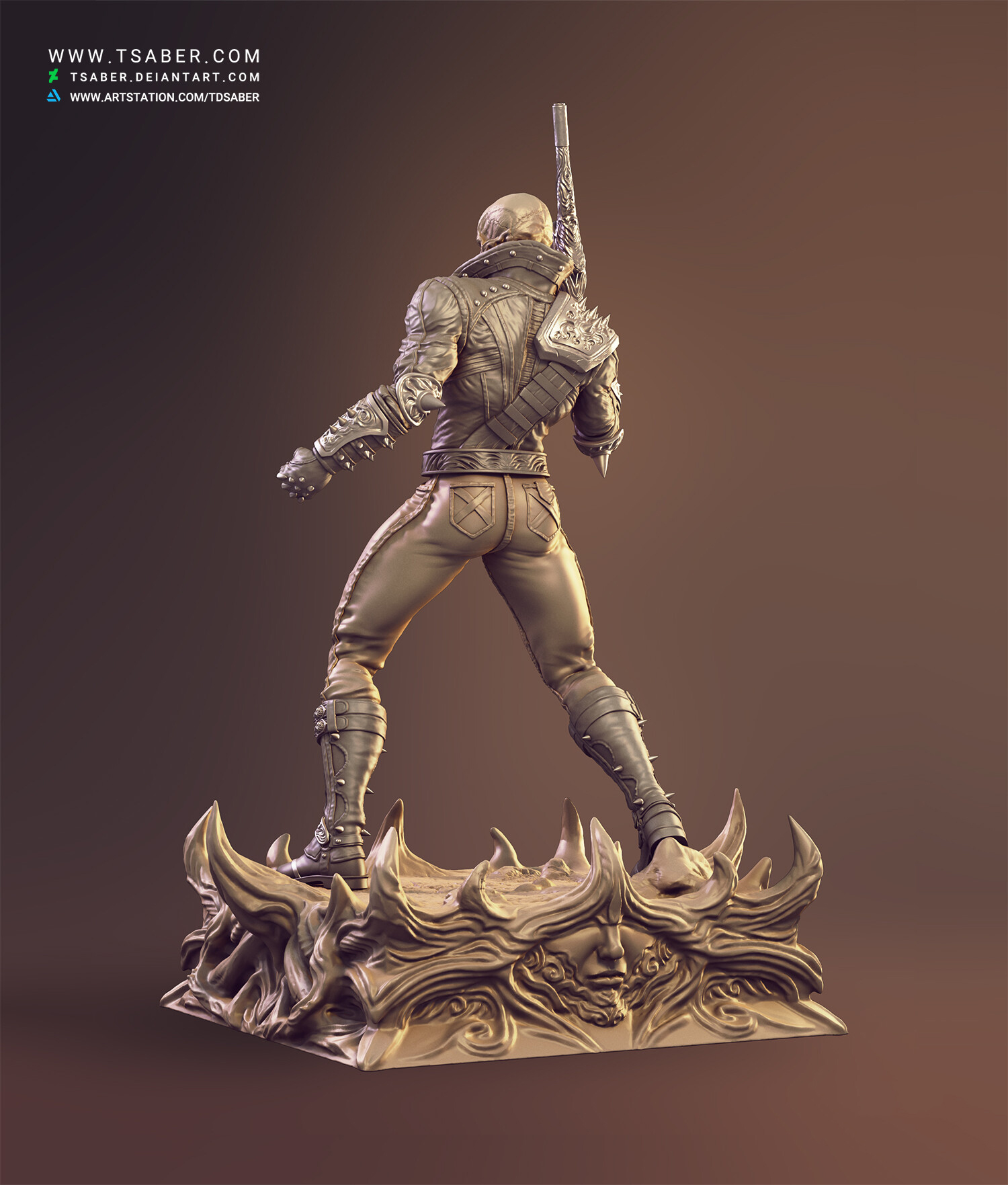 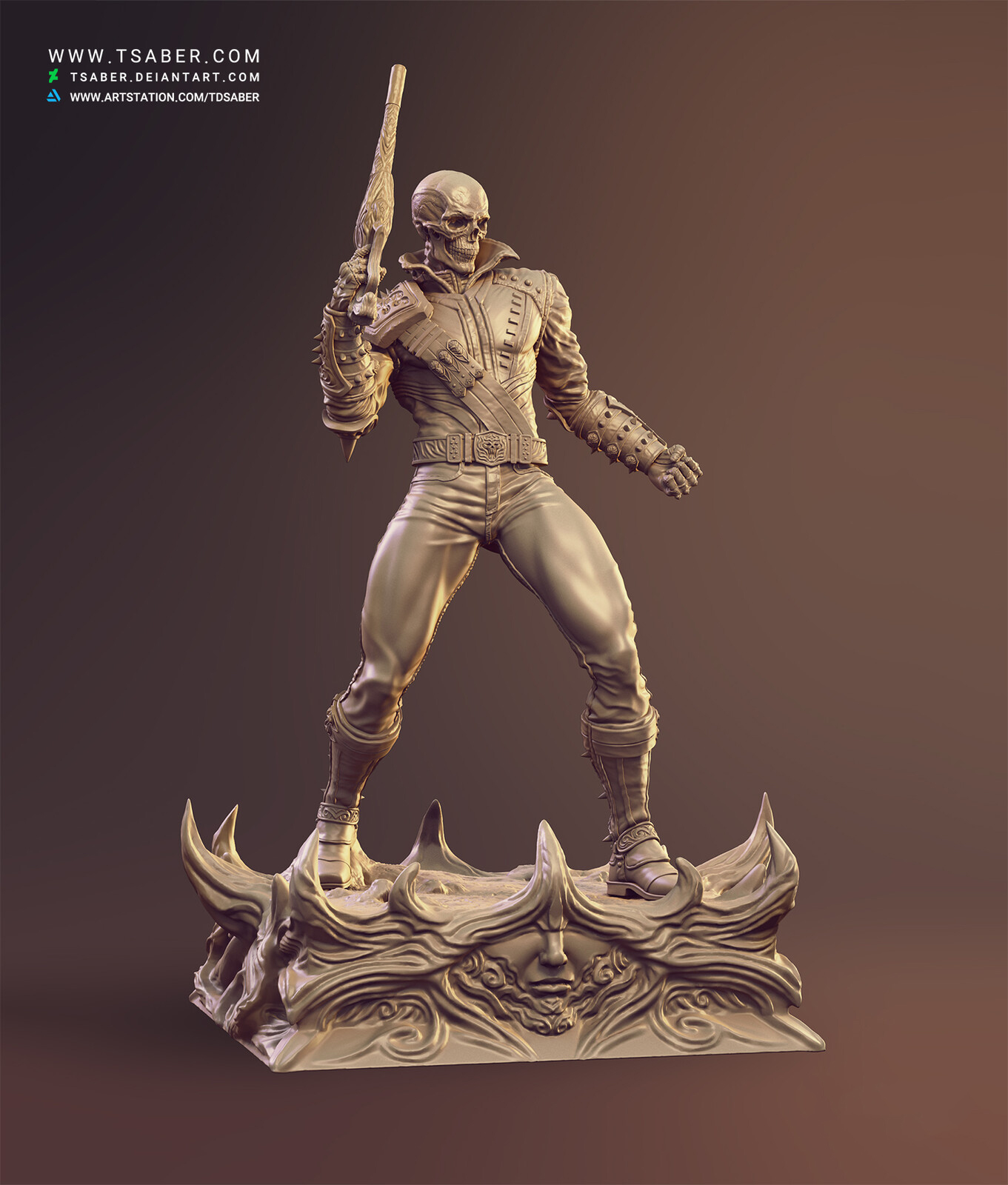 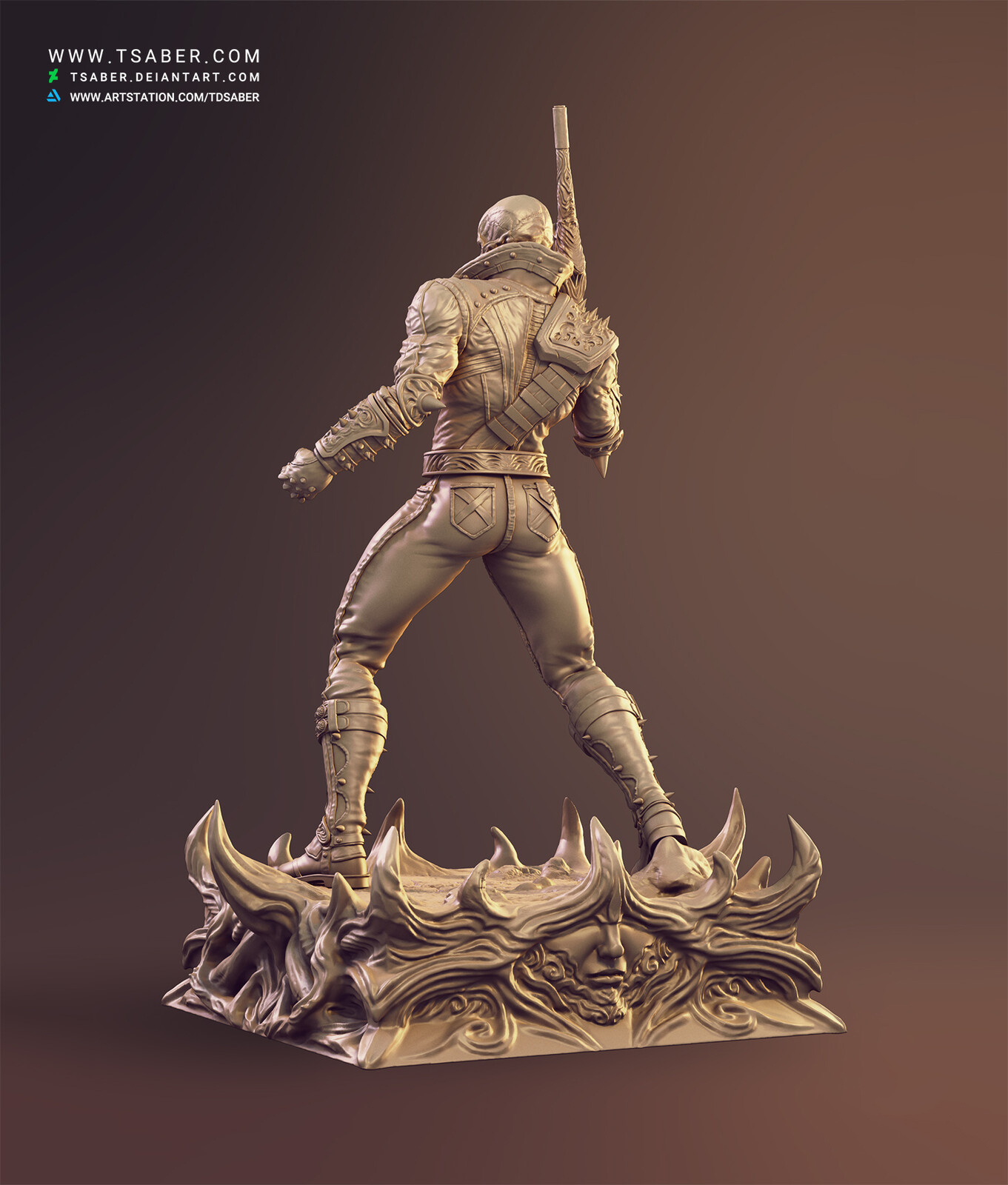 Hello Everyone,
Ghost rider statue , is my first Zbrush sculpture I created from Marvel Comics collectibles. Ghost Rider is one of my favorite superhero characters in comic books. There are many reincarnations of Ghost Rider, however, I tried to keep my Ghost rider, loyal to the original classic comic book design since I enjoyed the comics books back then. Although I preserved the classic look of Ghost Rider, I decided to take a more creative direction with the base design.
Some may argue, why I didn’t add any flames to the head. While I can’t imagine Ghost Rider without a flaming head, the fire, water, and wind effects would look so toy-like on statues. Perhaps it’s just my own personal preference and idea.
Ghost Rider Statue is also a 3d print fan art statue from the Marvel Comics franchise.

Although Ghost rider was known to have the hell chains as his primary weapon, I realized it might be difficult for some fans to print the chain. Therefore I’ve used switched it with his hell pistol. I know it may not look as cool as it should be, But it’s an easier task for the fans to print my model. So I had to take the comfort of my fans into consideration and design.