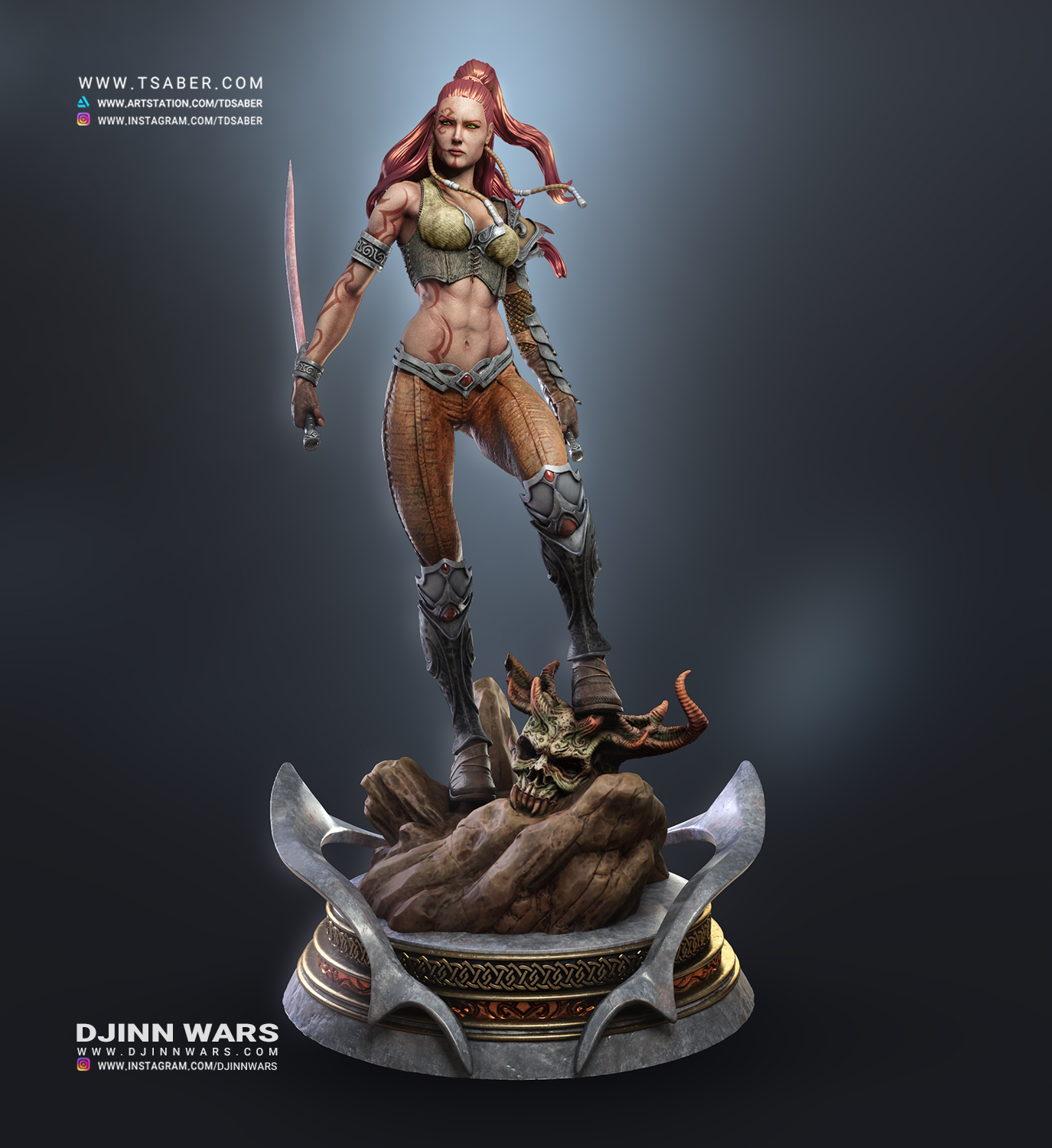 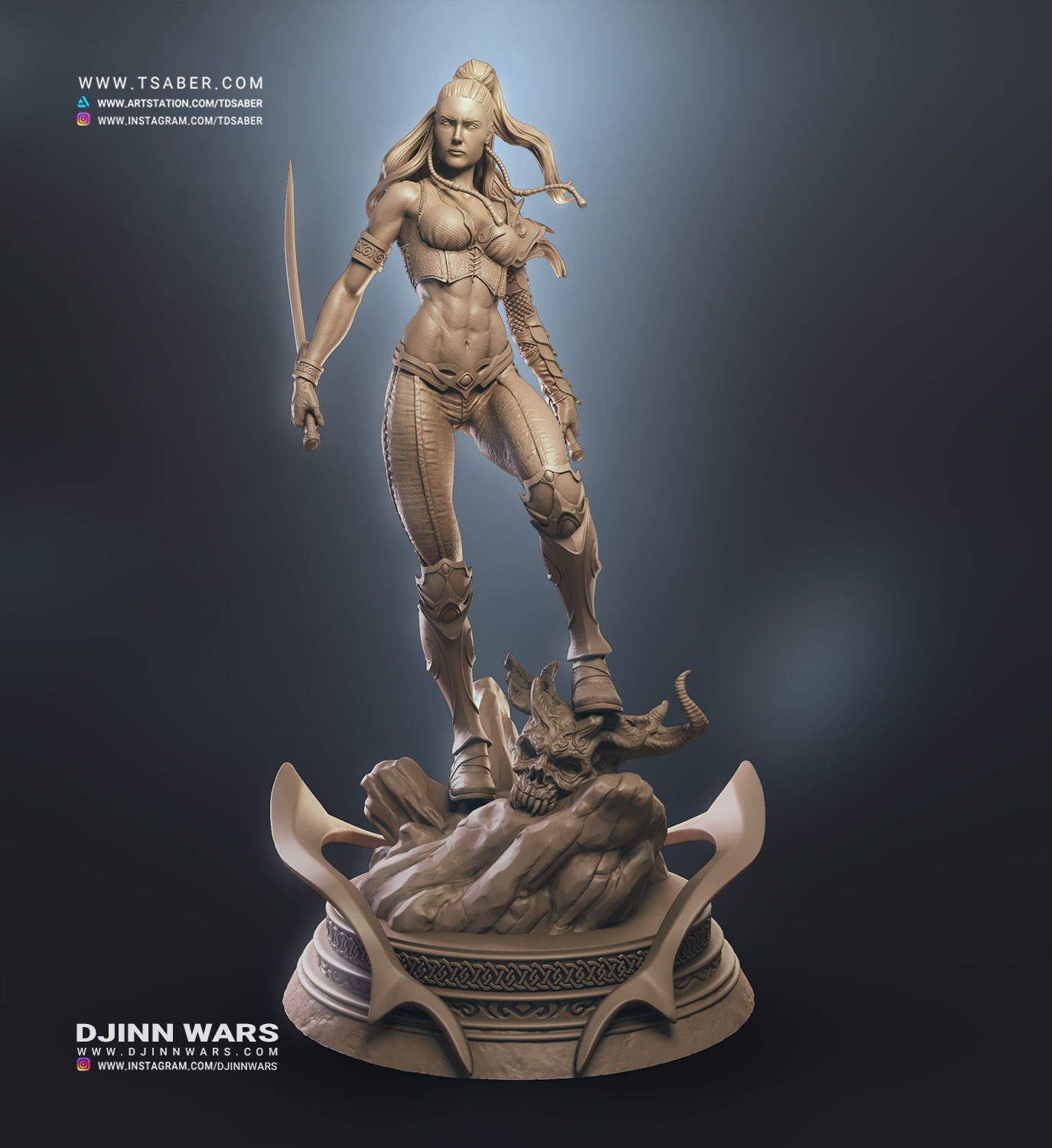 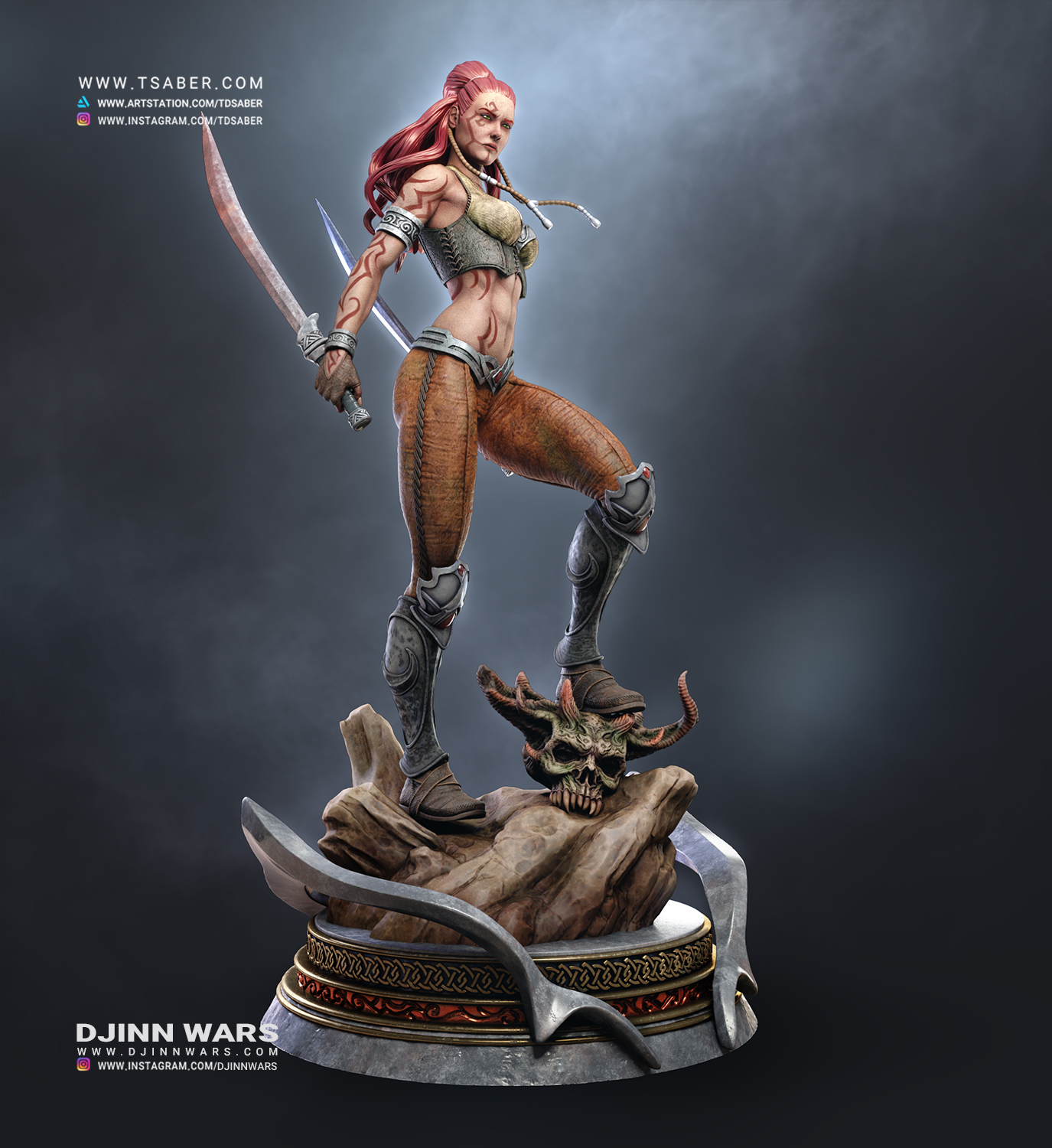 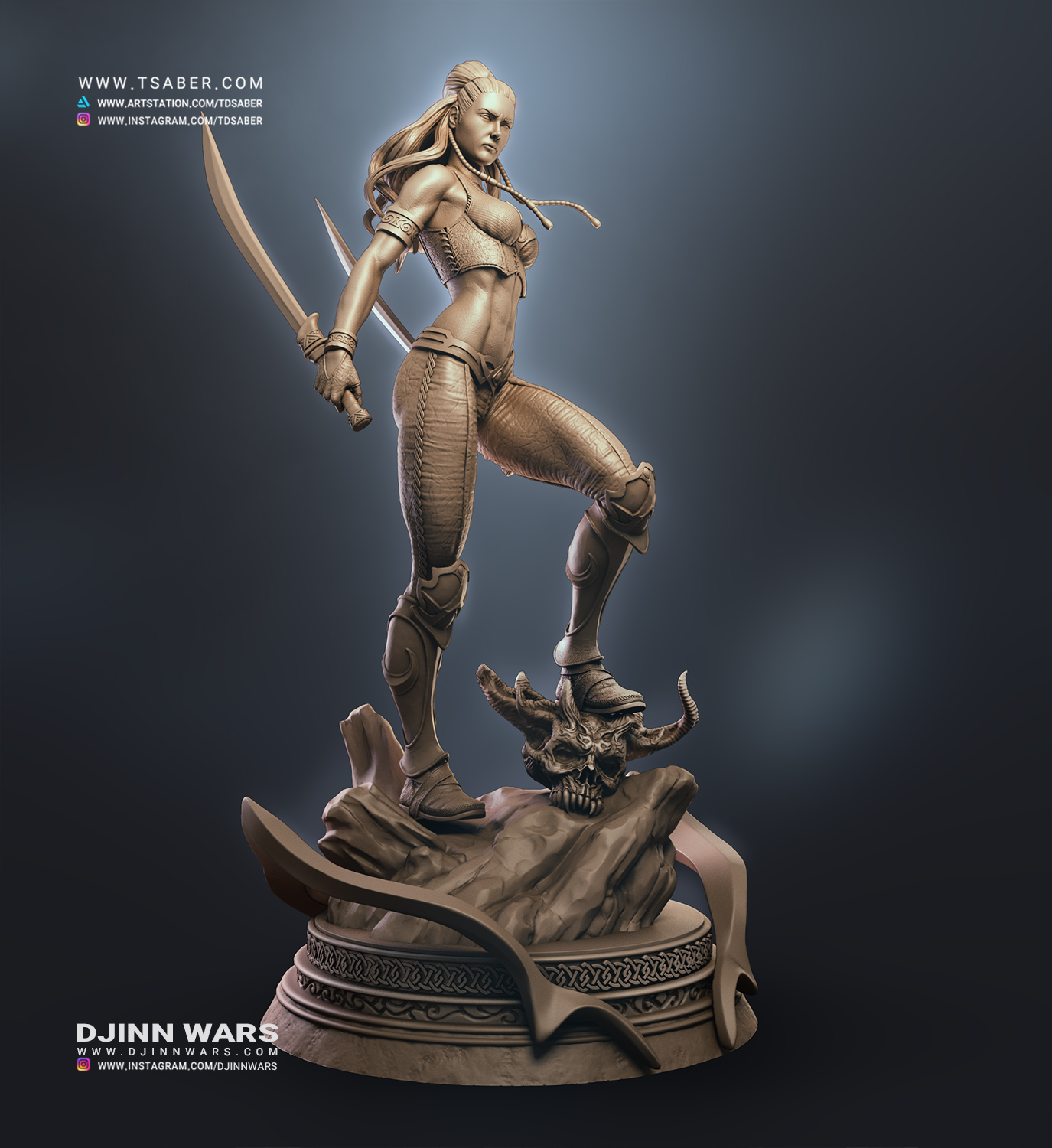 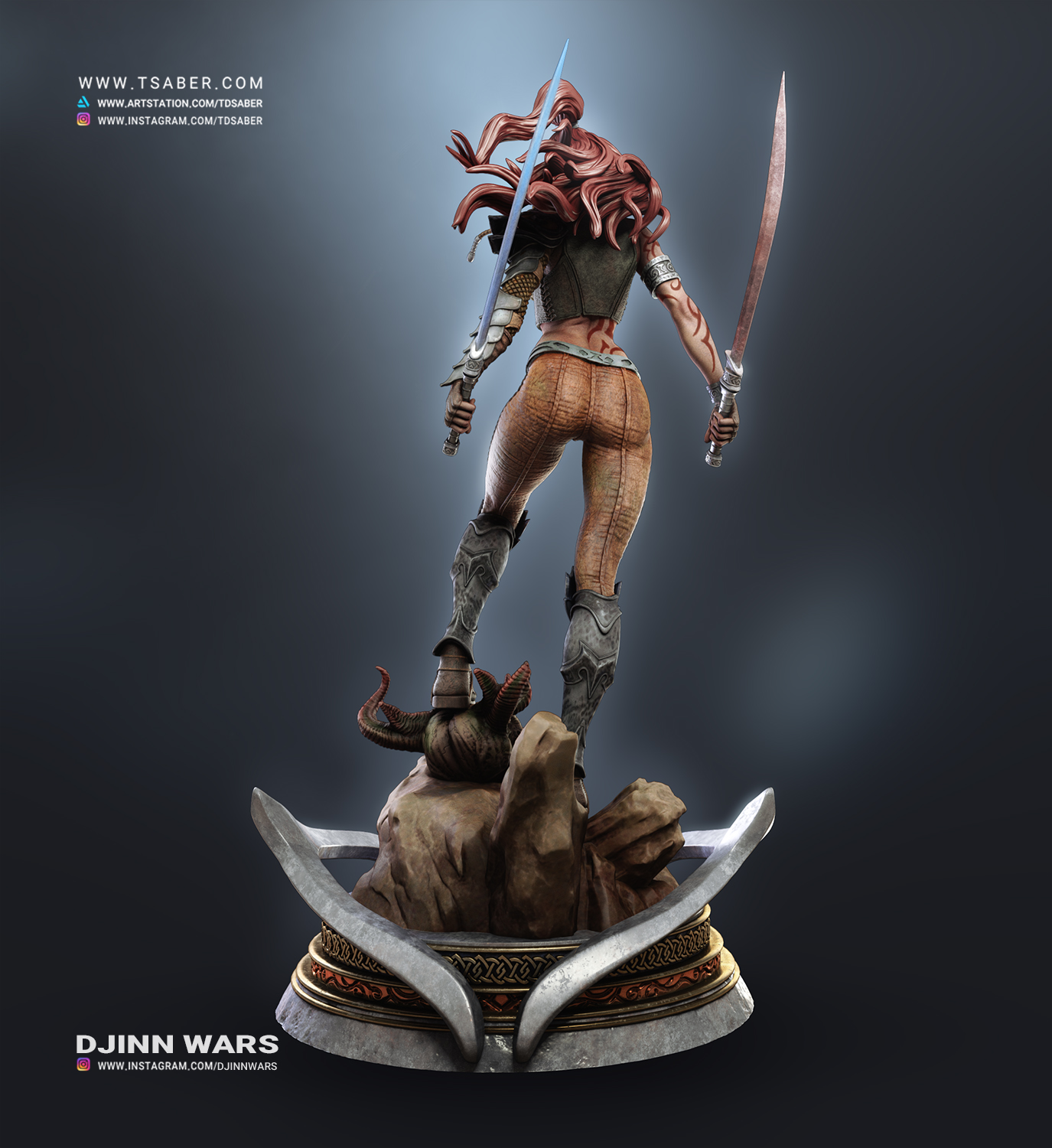 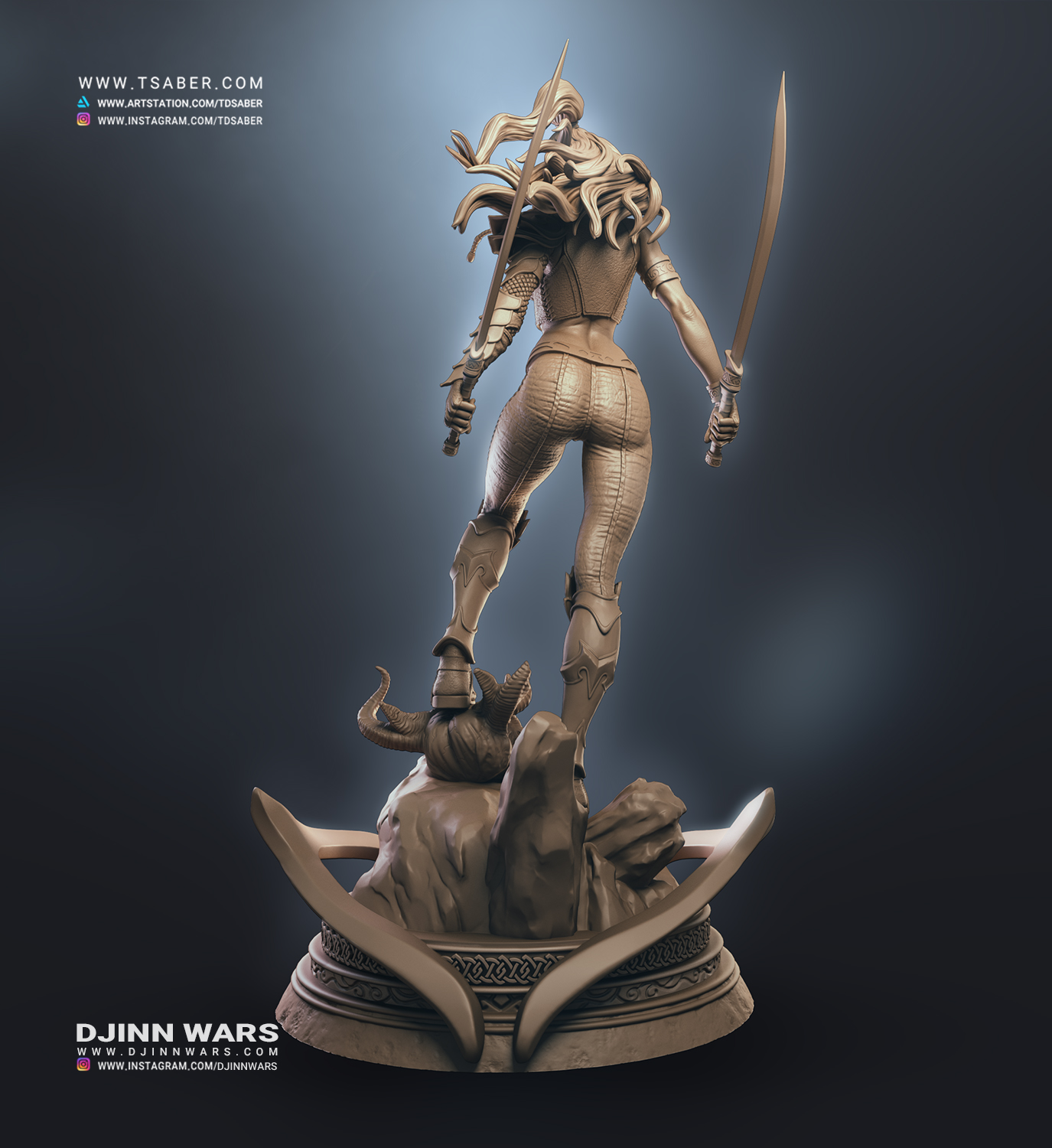 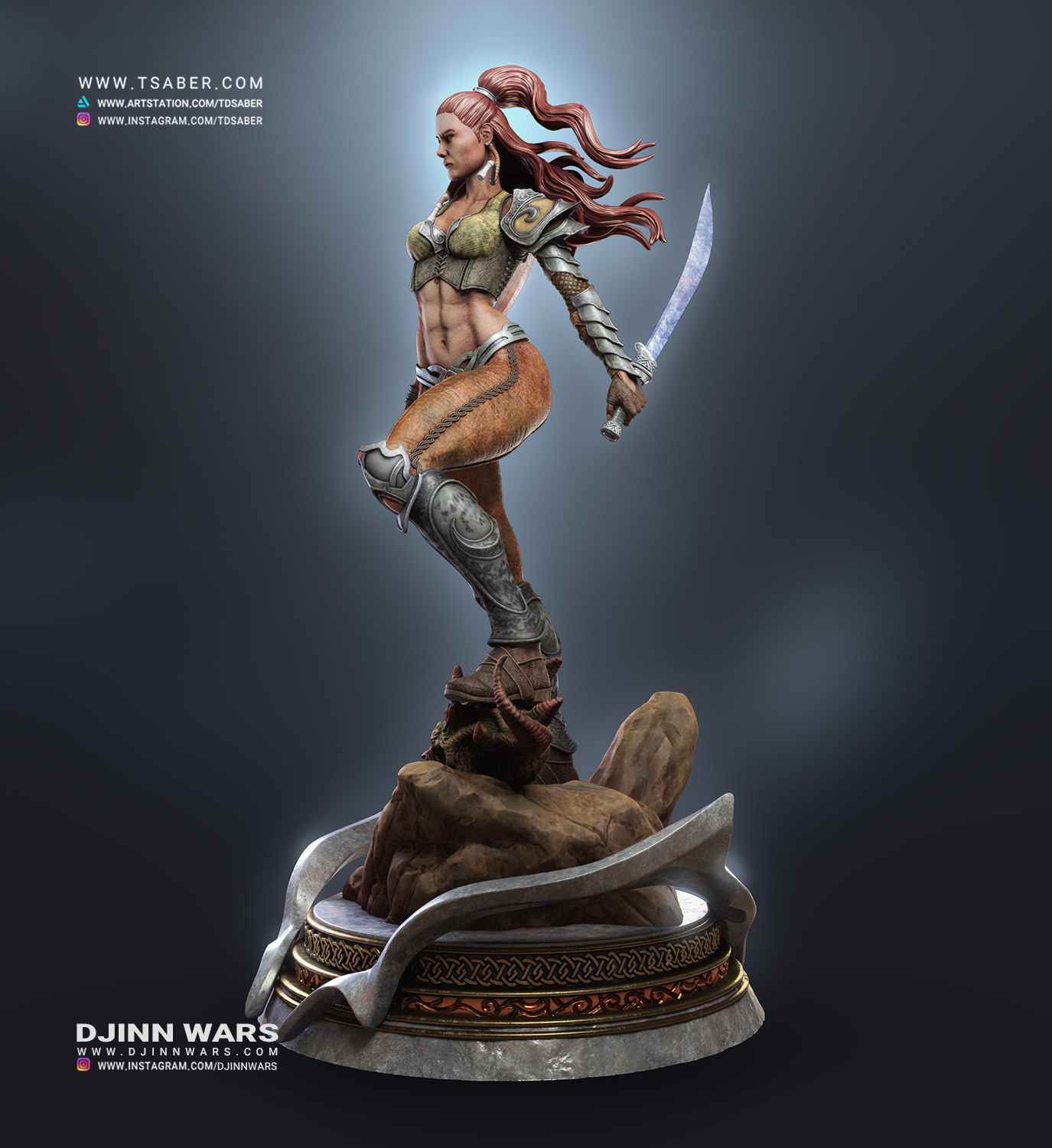 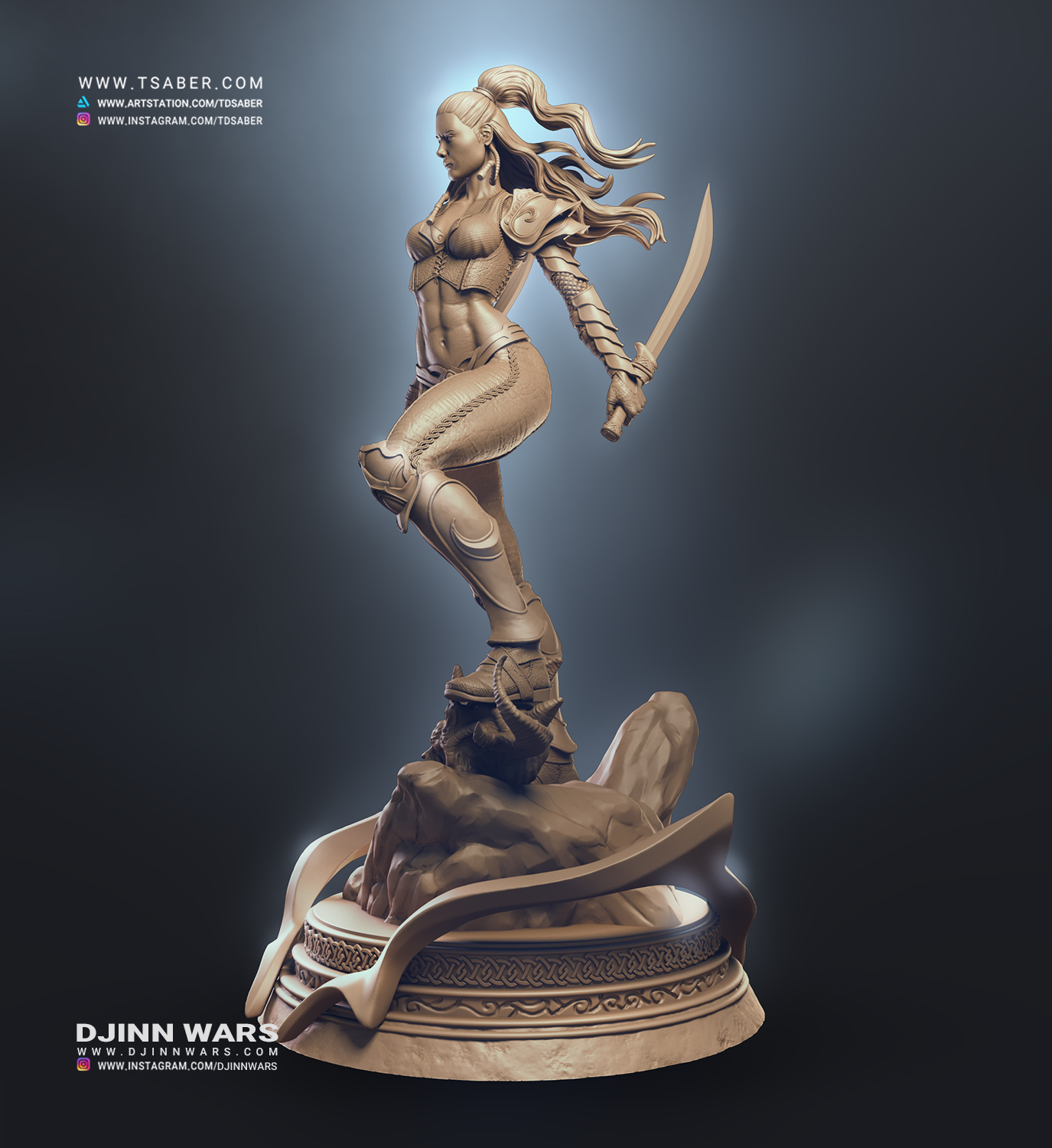 Danica Statue is part of the epic fantasy upcoming movie Djinn Wars that I sculpted. It was a pleasure to work on sculpting 3d statues for the indie film project “Djinn Wars” helmed by the talented Sharif Fahim. He’s an astonishing person with an ambitious vision. “Djinn Wars” tells an epic fantasy world of men, demons, and ladies with magic. For now, I won’t reveal any details about the plot so that the fans get to enjoy watching the film and see everything themselves.

Danica is one of the heroic figures in the story and plays a great role in the story. She’s a fierce warrior and raging fiery spirit. Gladly the general design of Danica was finalized before I come into the project; however, there were a few adjustments and changes that needed to be done. I was very happy that I had the freedom to add more details to the character, besides I always wanted to raise the challenge.

In general, I wanted to reveal something bold from the world of Djinn Wars from the statue design. I decided to add specific elements to the base design. such as the demon skull underneath her feet for few reasons. I wanted to give a hint of the fantasy aspect of the story and also the kind of enemy’s she deals with. Without the demon skull, she could have been considered living in a simple ancient era. Danica’s pose was essential since we wanted to display her warrior spirit.

Danica statue was created inside Zbrush and it was rendered with Mental Ray inside 3dsmax.