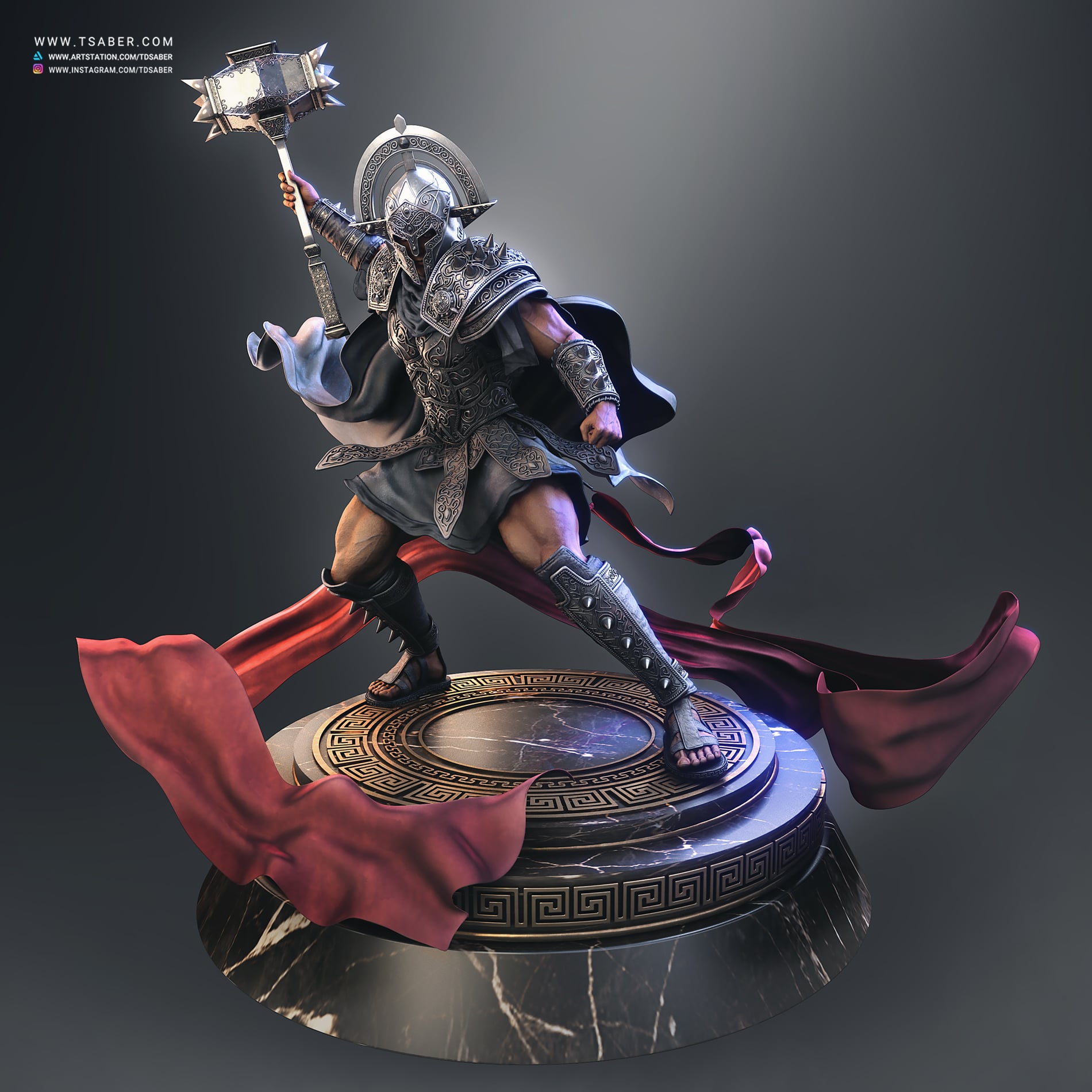 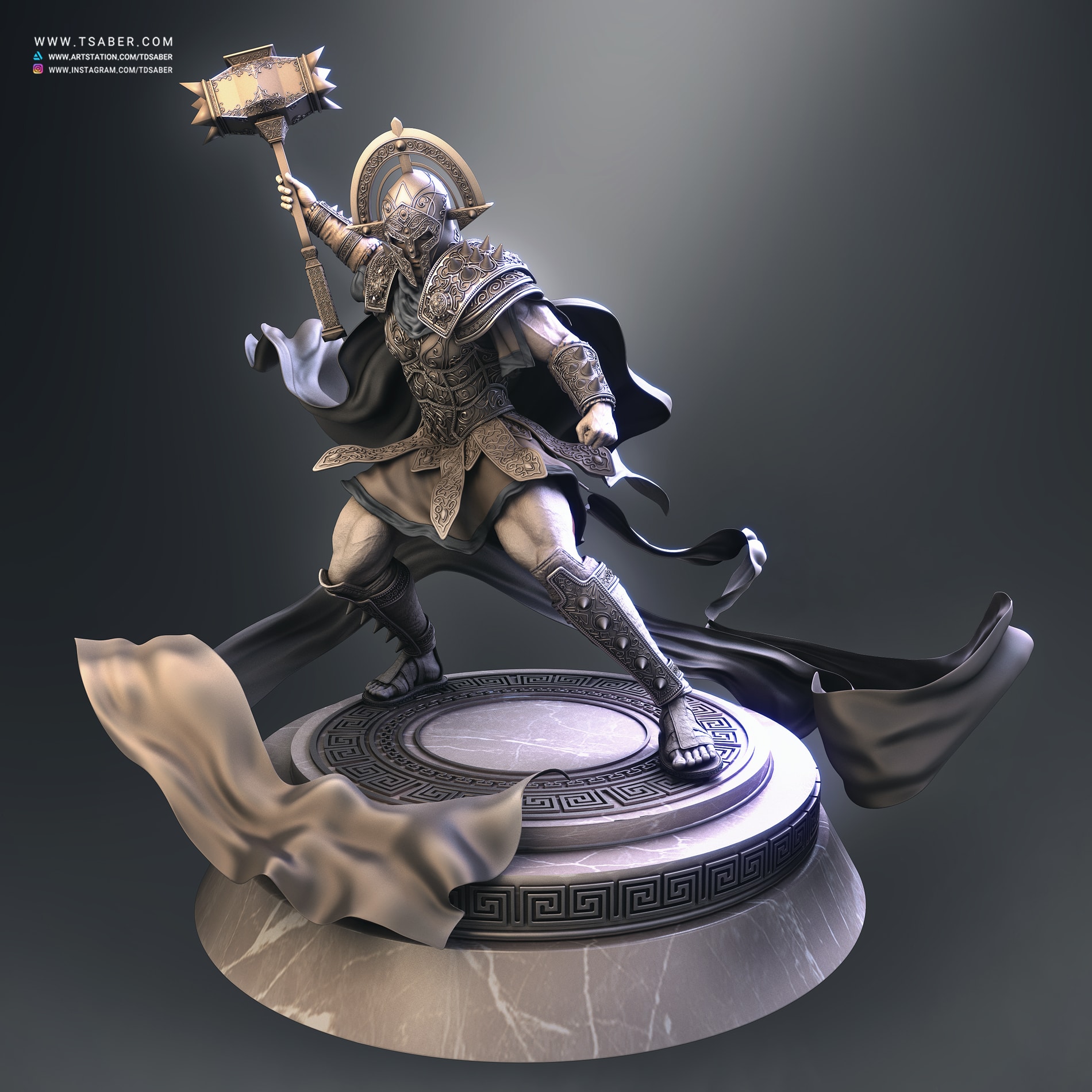 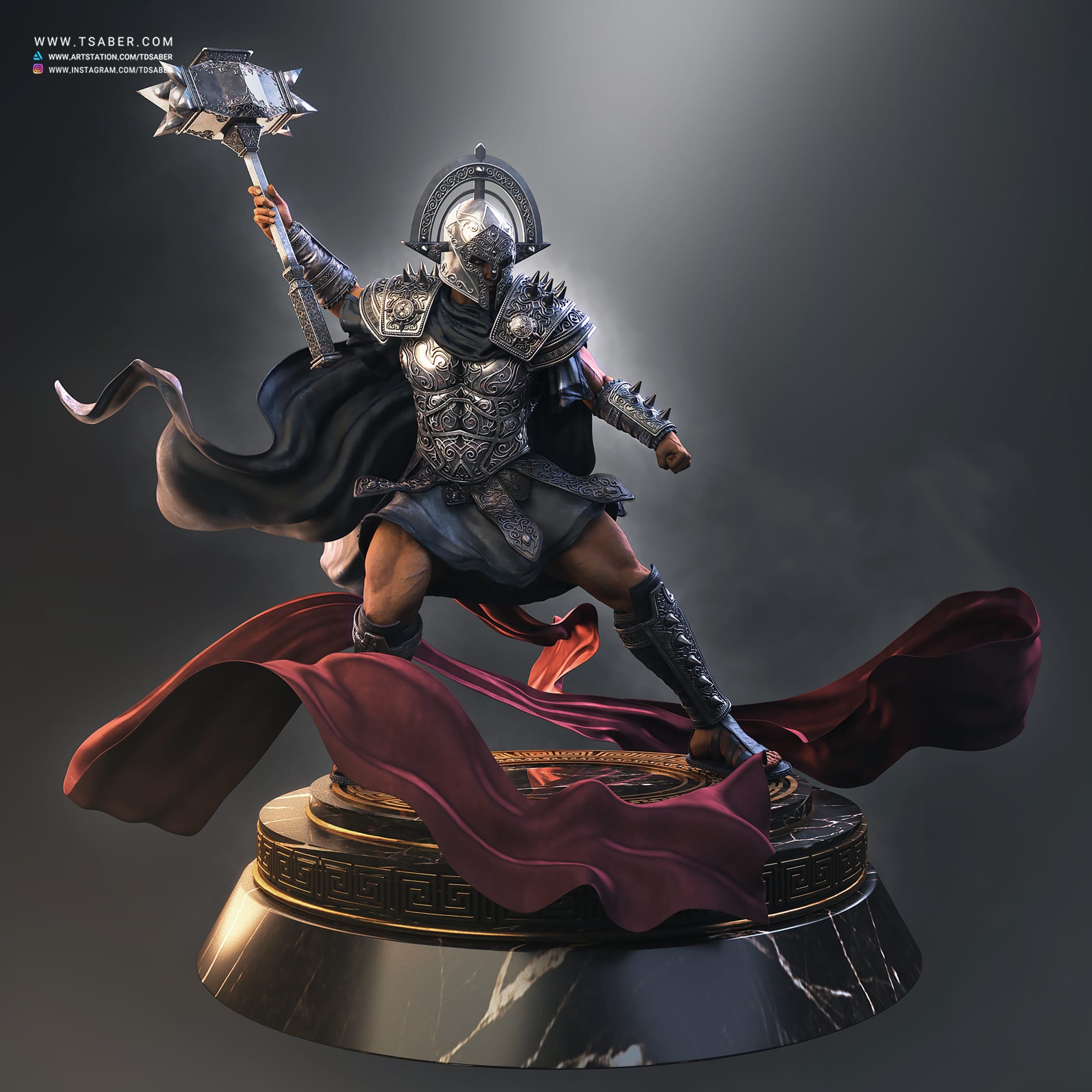 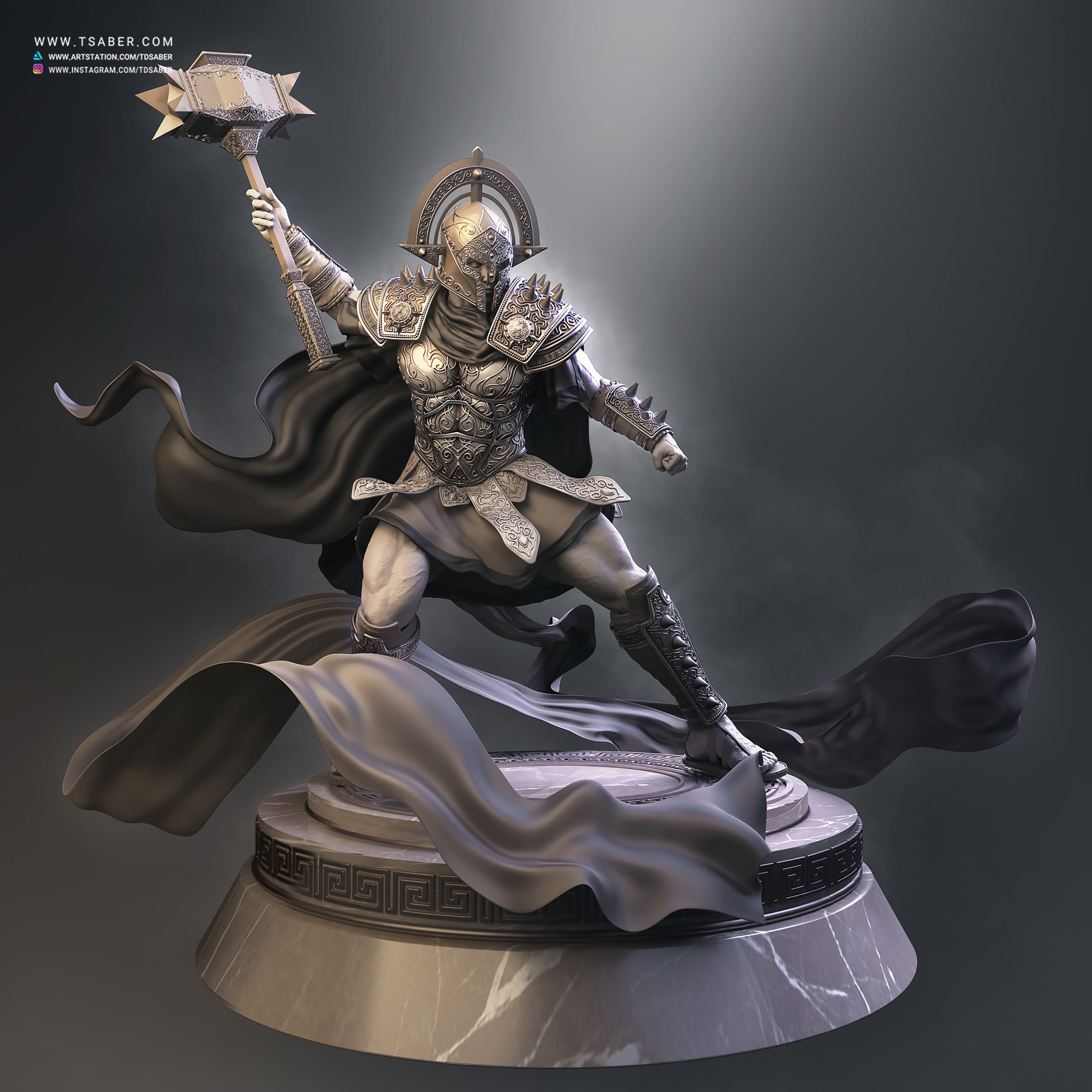 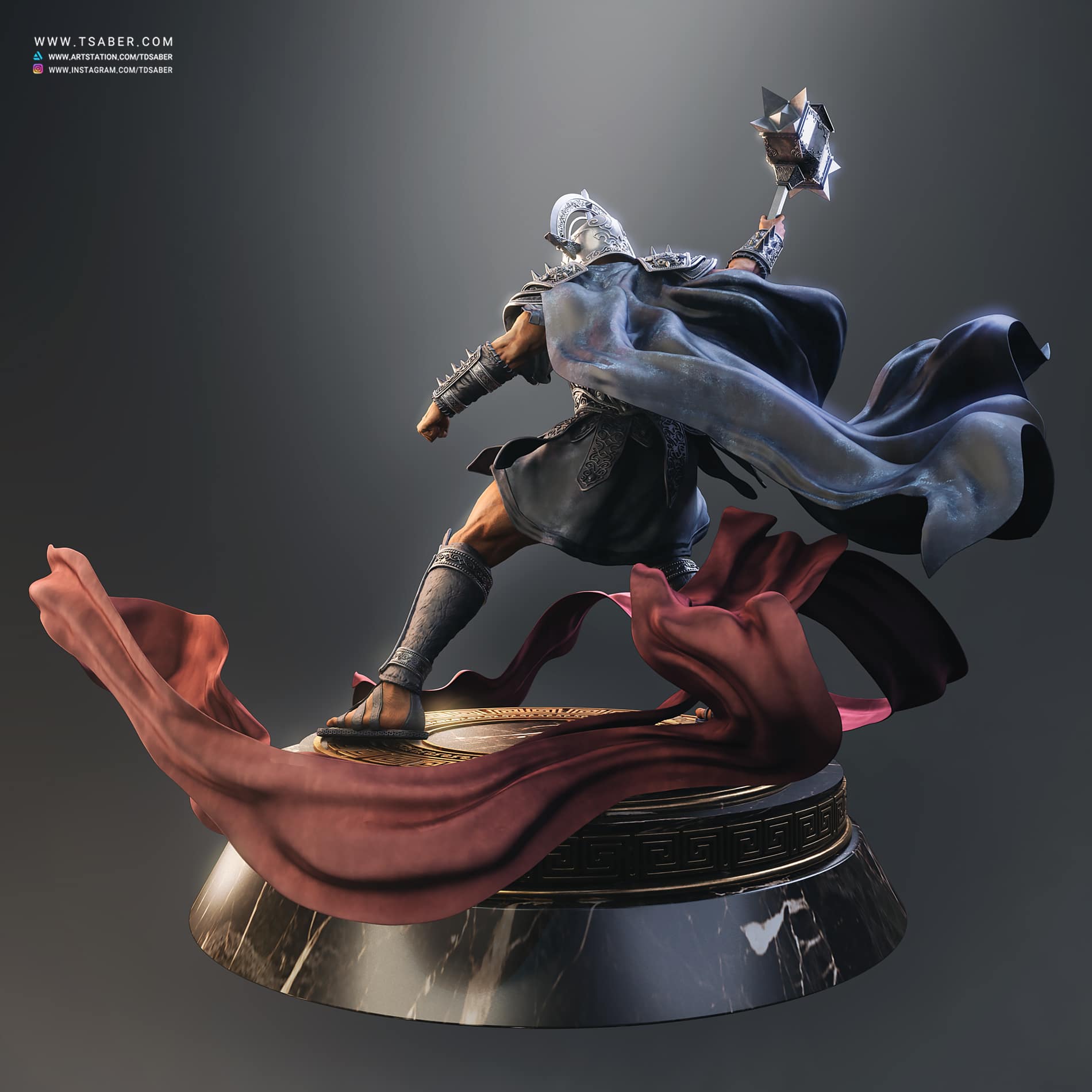 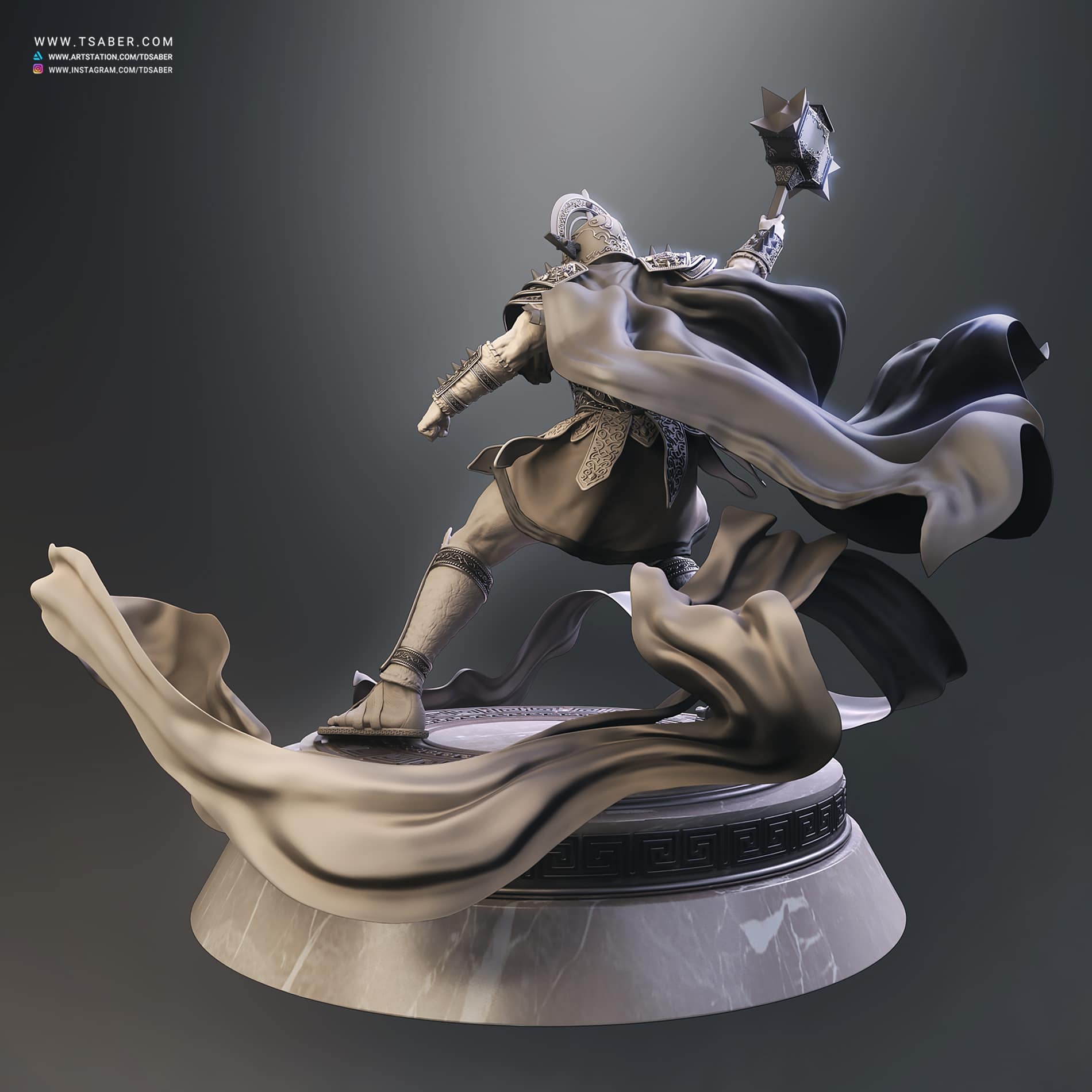 Ares statue collectible is the God of war from Netflix’s original anime series “Blood of Zeus” that is sculpted by me, Taregh Saber / Tsaber. Ares always played a major role in Greek mythology and obviously, he played his part in Blood Of Zeus. He didn’t make many appearances in the series, but he certainly stole the hearts of fans. Ever since I sculpted Hermes Statue many fans wanted to see the 3d statue of Ares.

Unlike the original description of the ancient Greek God of War that was depicted as vigor and glorious, Ares in Blood of Zeus anime series is very dark and ruthless. He wears black armor, very similar to a death knight. It was a challenge for me to make him shiny and bold, but as always I welcome challenges.

I noticed that most of the weight of the design fell on the armor design and its details. While the details took most of my time, I found it very delightful to work on. I could see that how the details were adding so much character to Ares.

Ares statue Collectible was created inside Zbrush and it was rendered with Mental Ray inside 3dsmax.