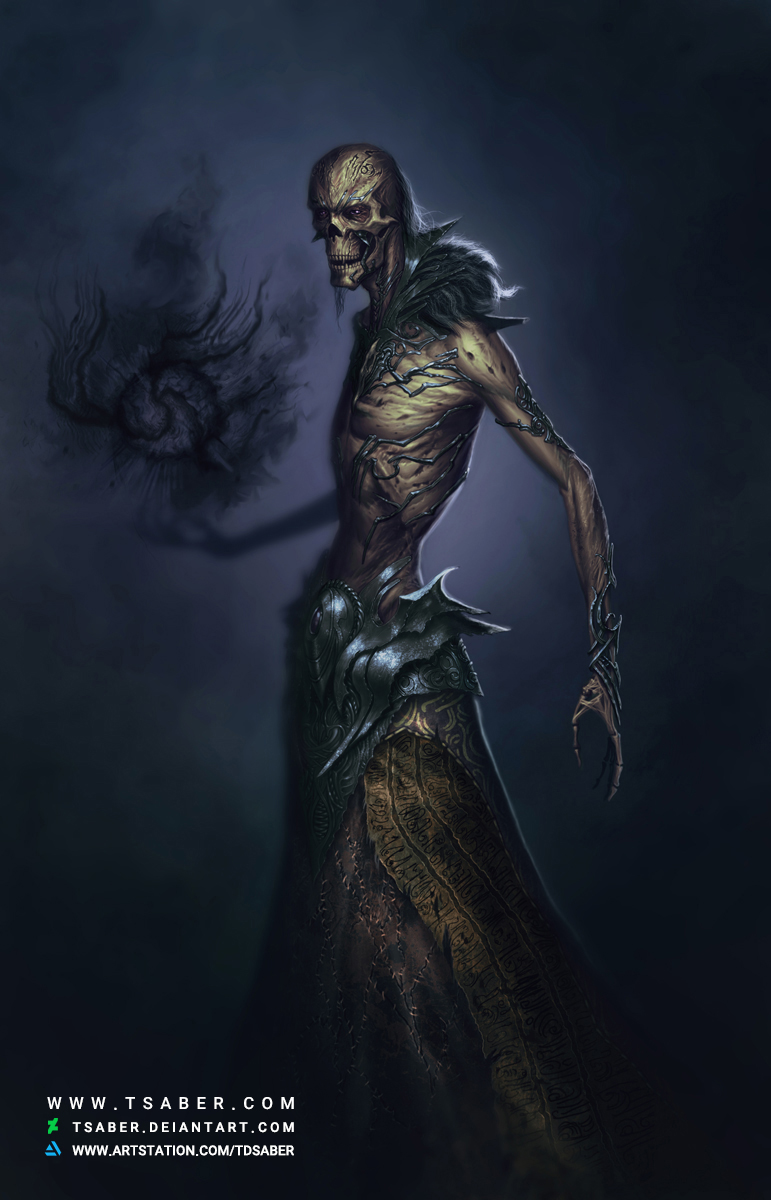 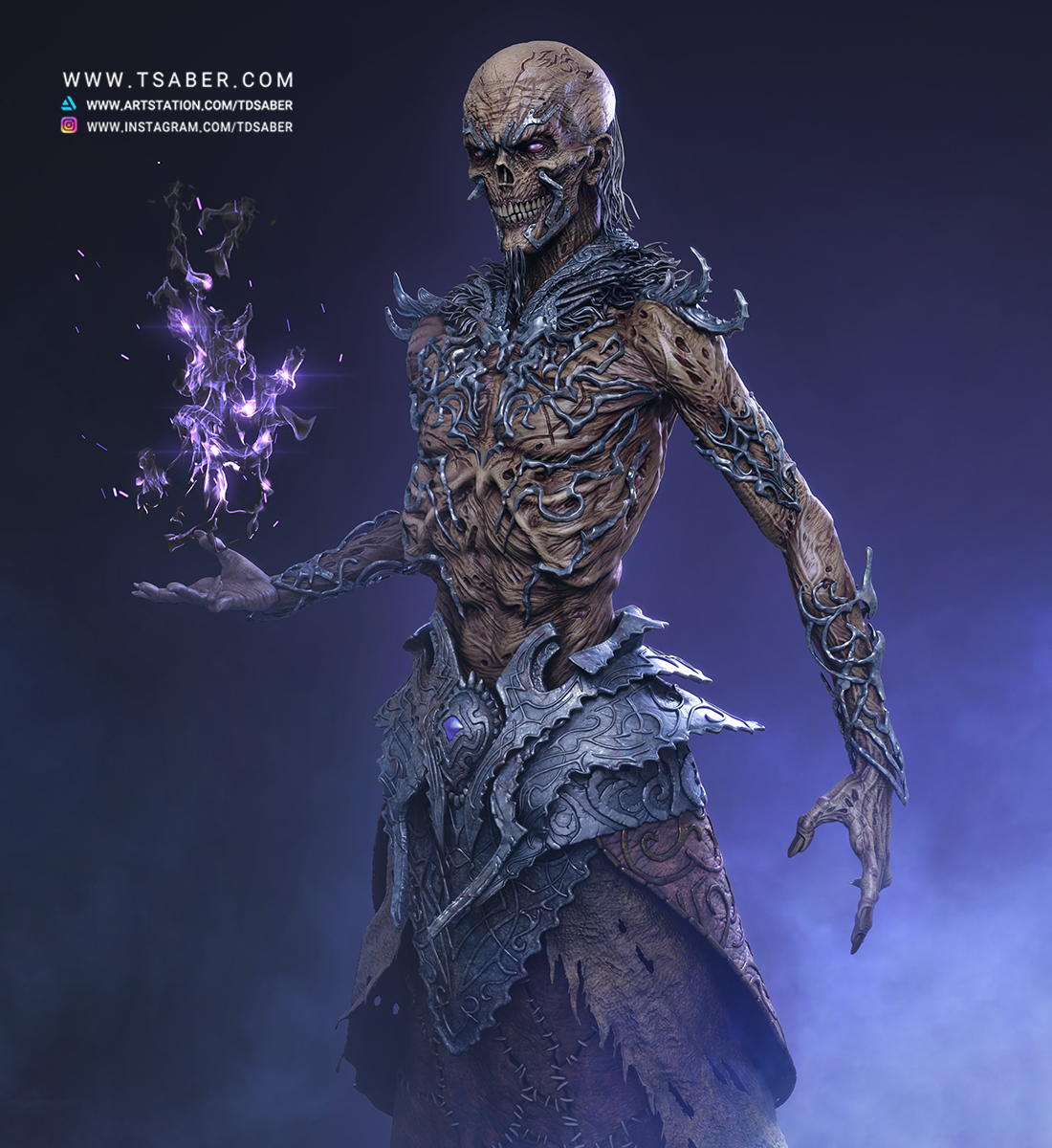 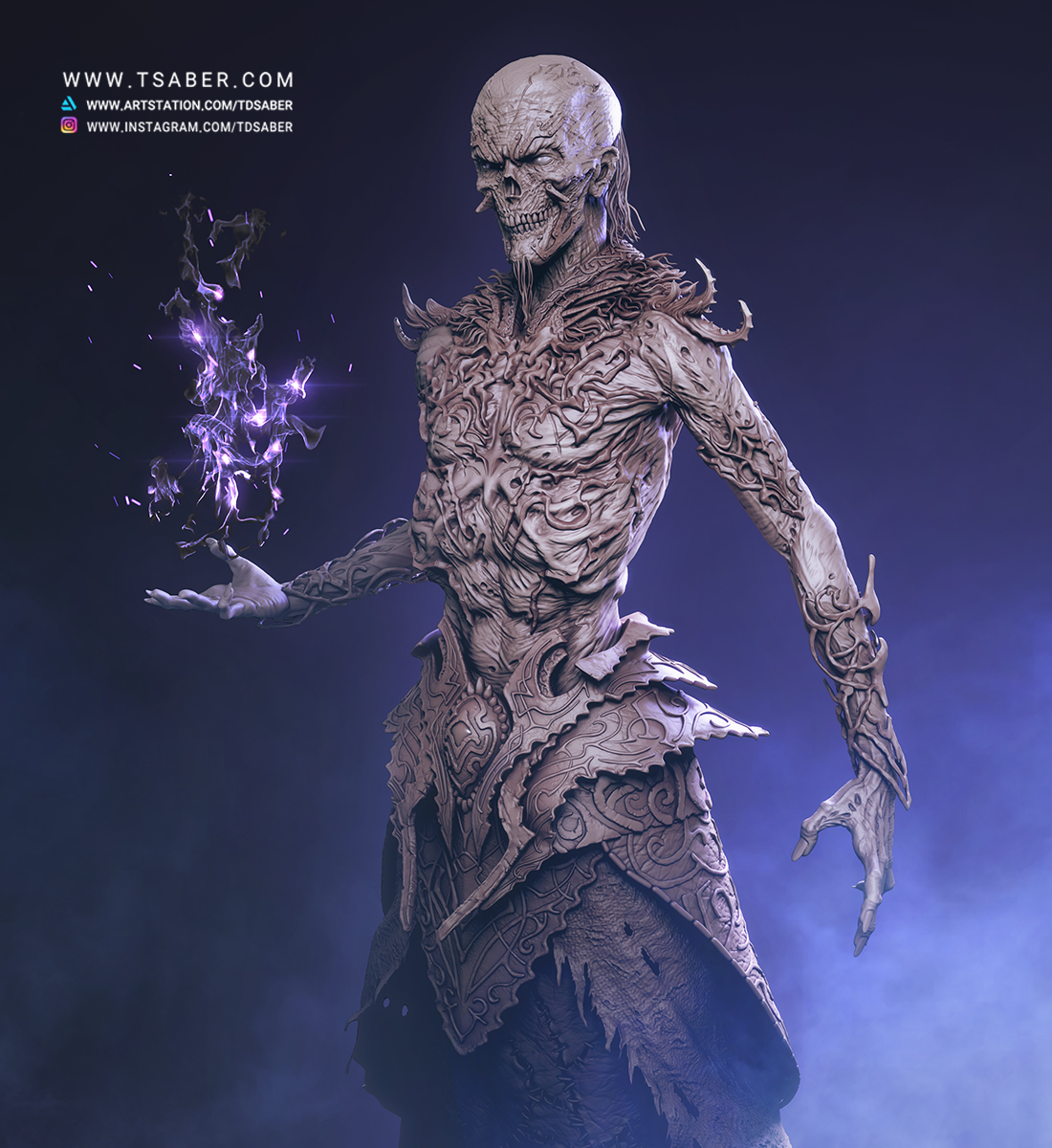 Hello everyone,
This undead Mage is the first undead character in my dark fantasy artwork series, which I call “Legion of the Fallen”. I was always a great of fan dark and undead races through fantasy genres. I wanted to create an undead mage that is truly evil and casts black magic and manipulates dark matter. My intention was to add some unnatural magic unlike any other natural elements that has been used by living spell casters and wizards. You may see the 3d sculpture of my undead mage in COLOR and CLAY RENDER in my 3D sculpture section.
While I didn’t want the Undead mage to be a really high ranked in the Legion of the Fallen, I still wanted to portray him as pure darkness. Recently I noticed most dark characters starting to become more colorful and less intimidating. The Undead horde race in WOW / World of Warcraft have become so colorful. It is undoubtedly true that the colorful magic bring more exposure to the work, but it elements the menacing look. Therefore I really wanted to start recreating the classic horror undead characters.
There was also a necessity to add more dark elements to distinguish my dark fantasy undead mage from the existing art… well hopefully. I added some creepy and strange looking elements to the appearance, like the tiny spiky metal pieces to the body and the face. That would add some tribal and yet horrifying look to the undead mage character. creating a strange and original culture to any fantasy race, adds more value to the work and enhances the quality of the work. That is why I and many artists and art lovers fan in love with work of great artists.
Sincerely,
Tsaber