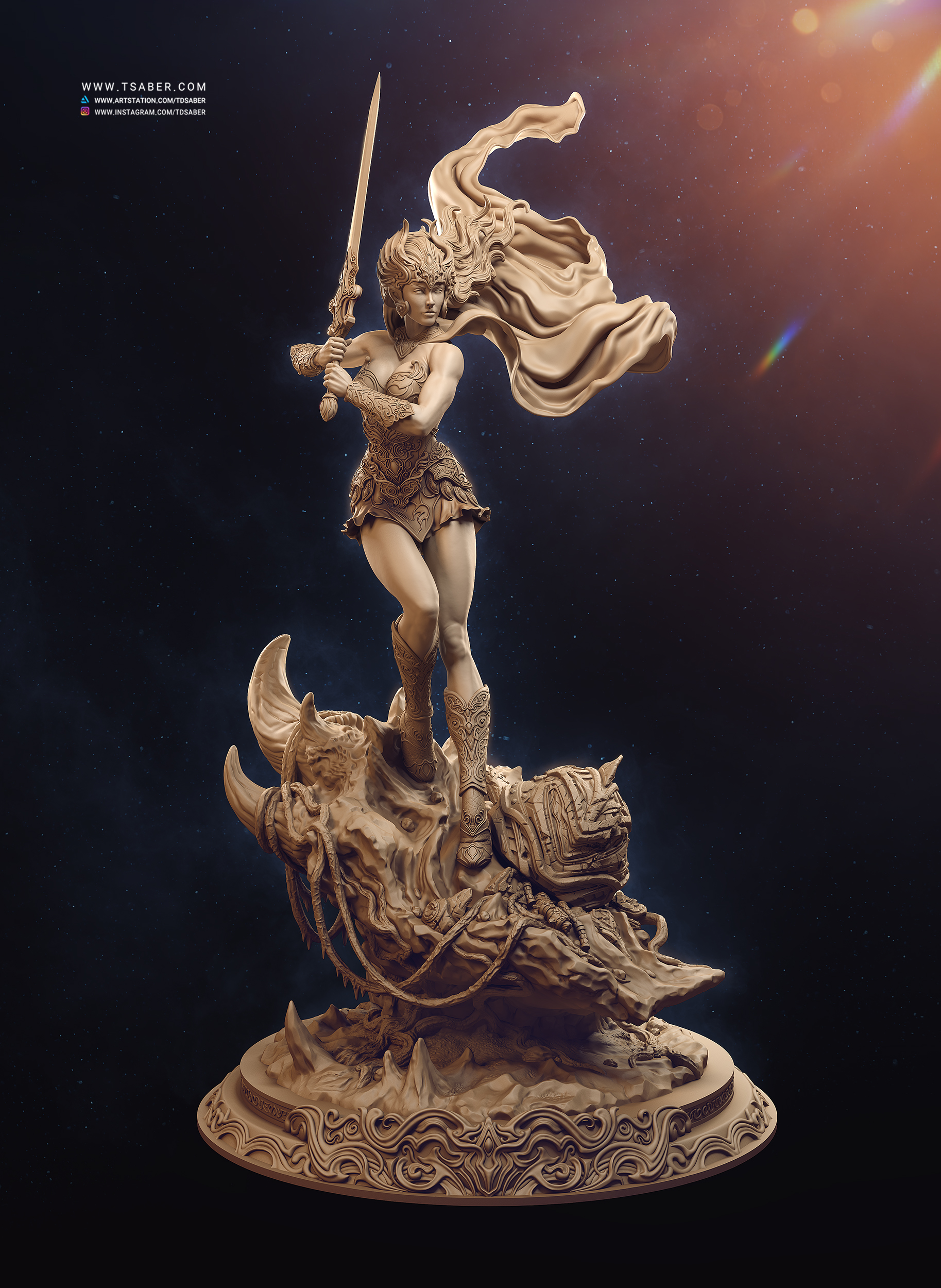 Shera Statue - Masters of The Universe

I initially wanted to start the project as a practice project, however, I ended up refining Shera and the base. I remember more ideas came into my mind as I move forward. The moment I considered the project as a practice, the more fun and creative it became. As usual, I ended up pushing the limits and raised the bar. I wanted to create something that fans would love and remember.

Shera statue was created inside Zbrush and it was rendered with Mental Ray inside 3dsmax.