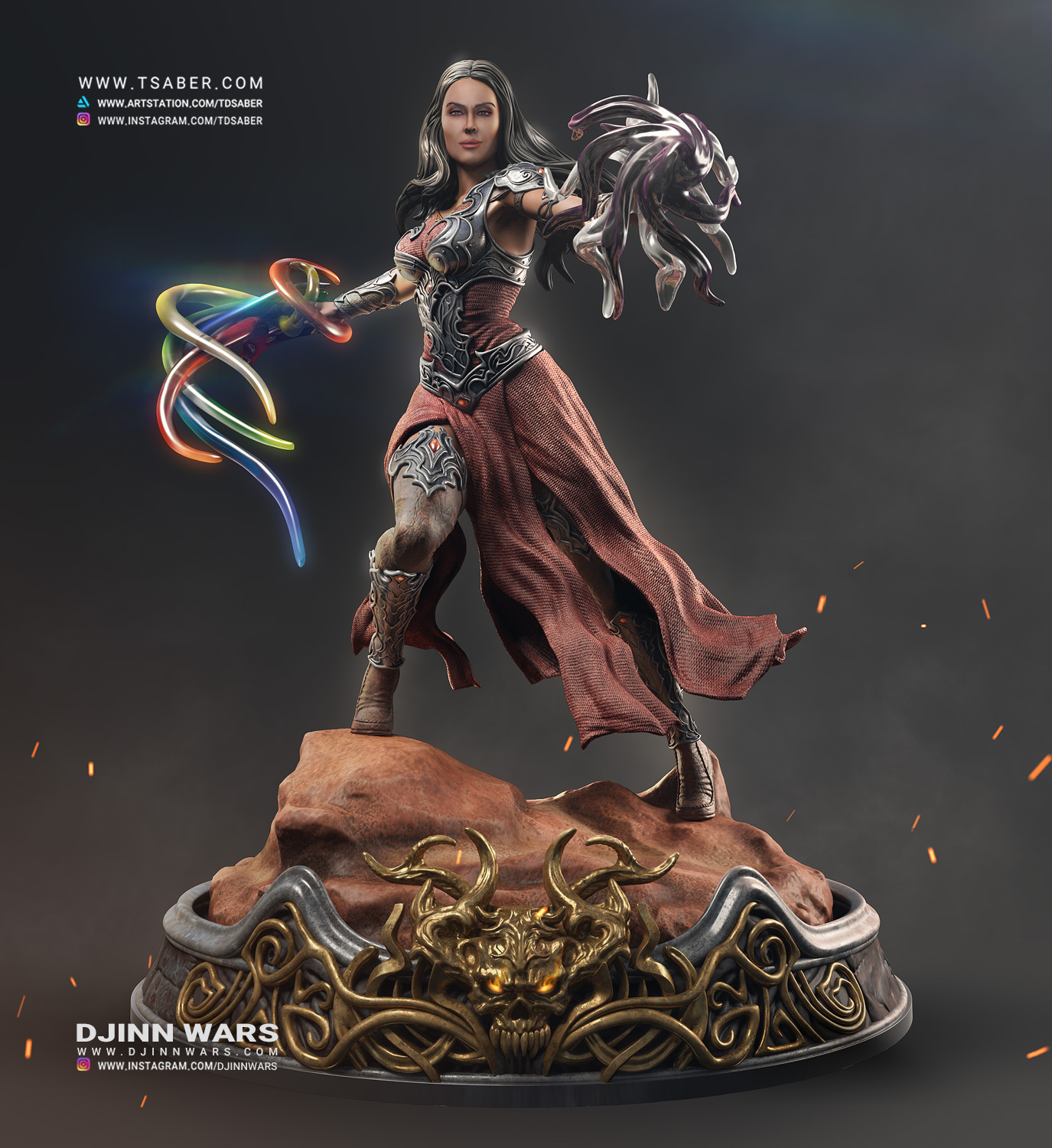 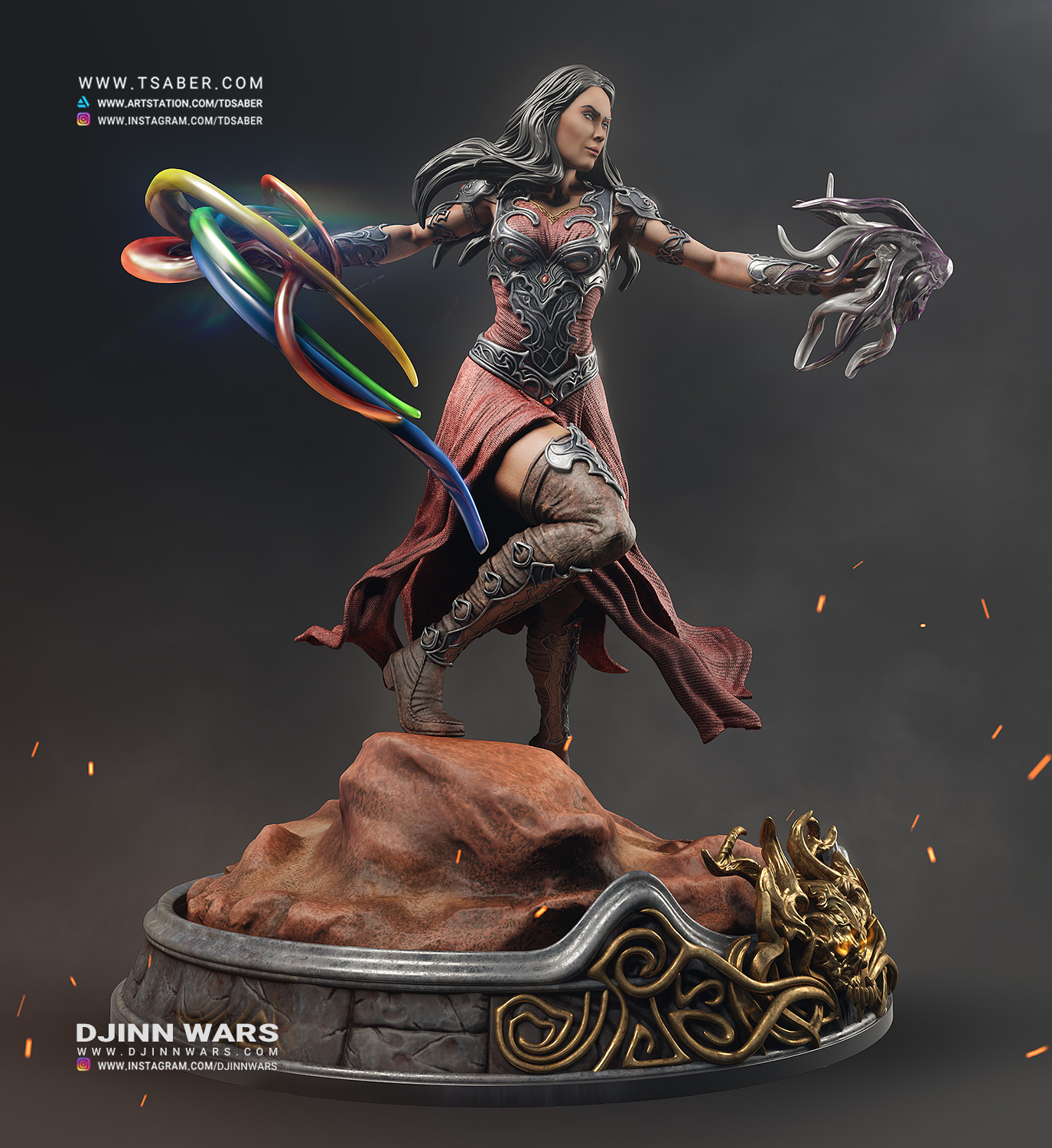 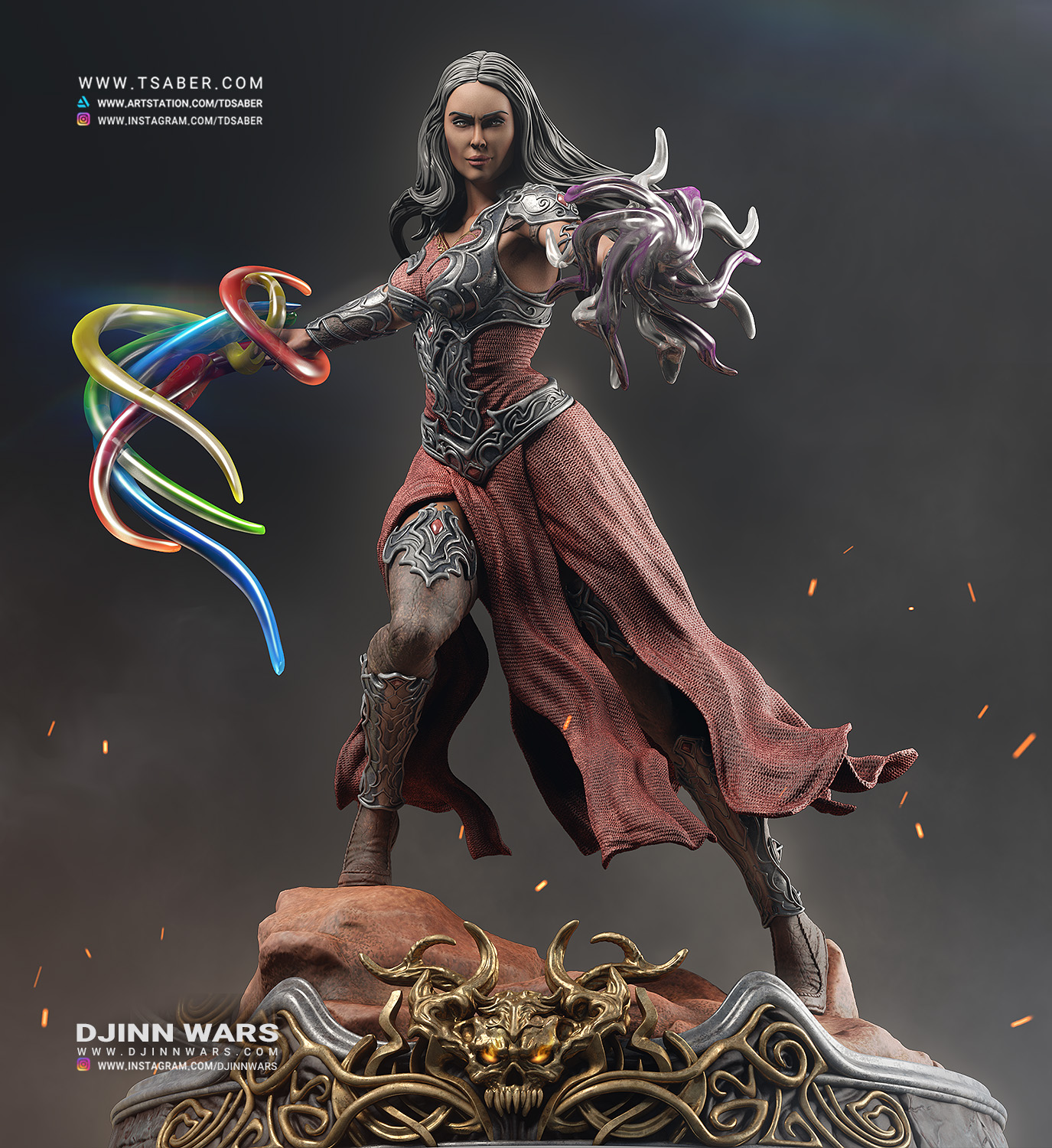 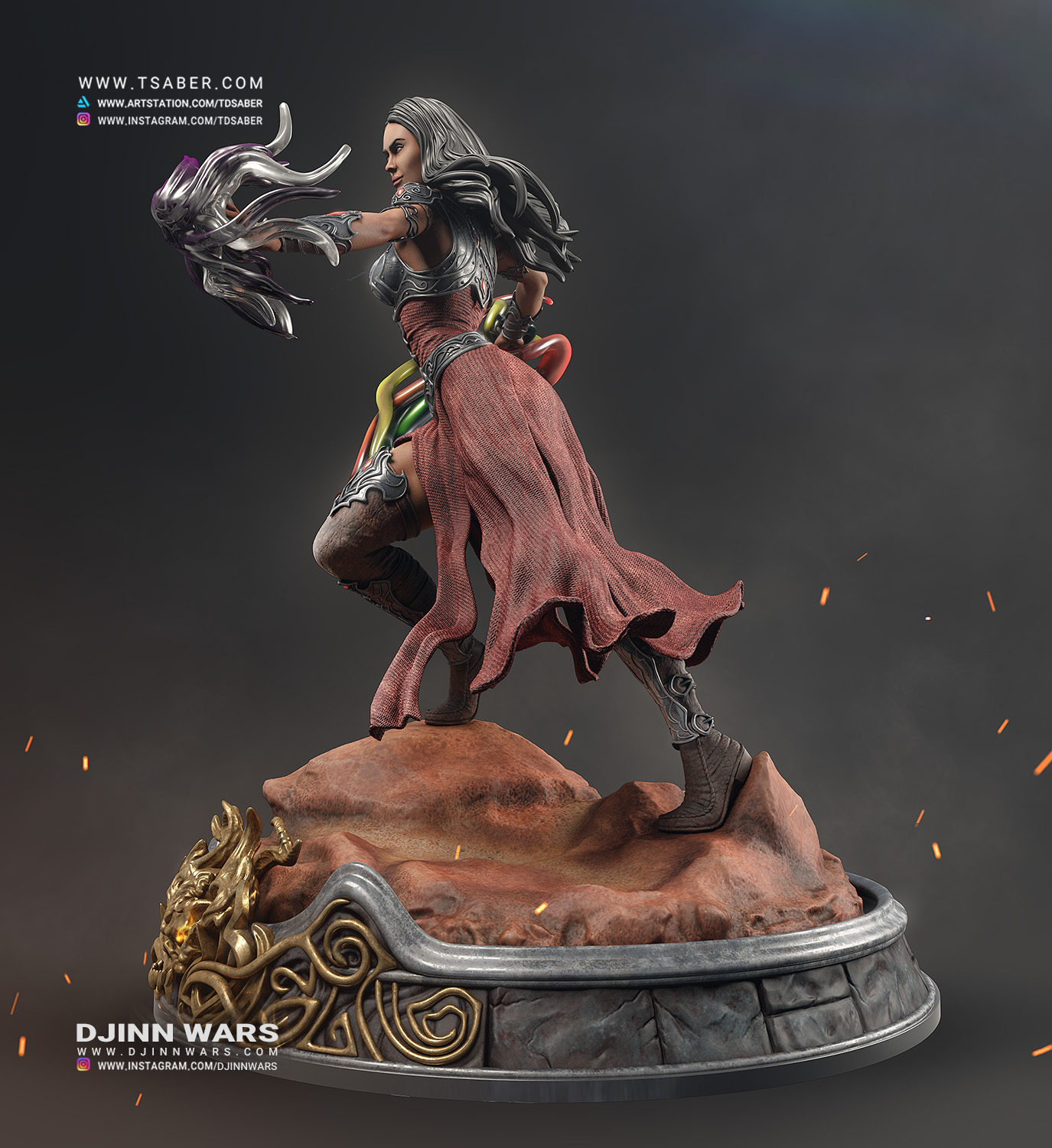 Sabella Statue is part of the epic fantasy upcoming movie Djinn Wars that I sculpted. Sabella is a villainous character in the plot. I some aspects she’s in the grey area and that can be seen in her magical powers. She wields the power of light and darkness at the same time. Sabella also mastered all the four natural elements which make a force to be reckoned with.

It was a pleasure to work on sculpting 3d statues for the indie film project “Djinn Wars” helmed by the talented Sharif Fahim. He’s an astonishing person with an ambitious vision. “Djinn Wars” tells an epic fantasy world of men, demons, and ladies with magic. For now, I won’t reveal any details about the plot so that the fans get to enjoy watching the film and see everything themselves.

Sabella statue was created inside Zbrush and it was rendered with Mental Ray inside 3dsmax.