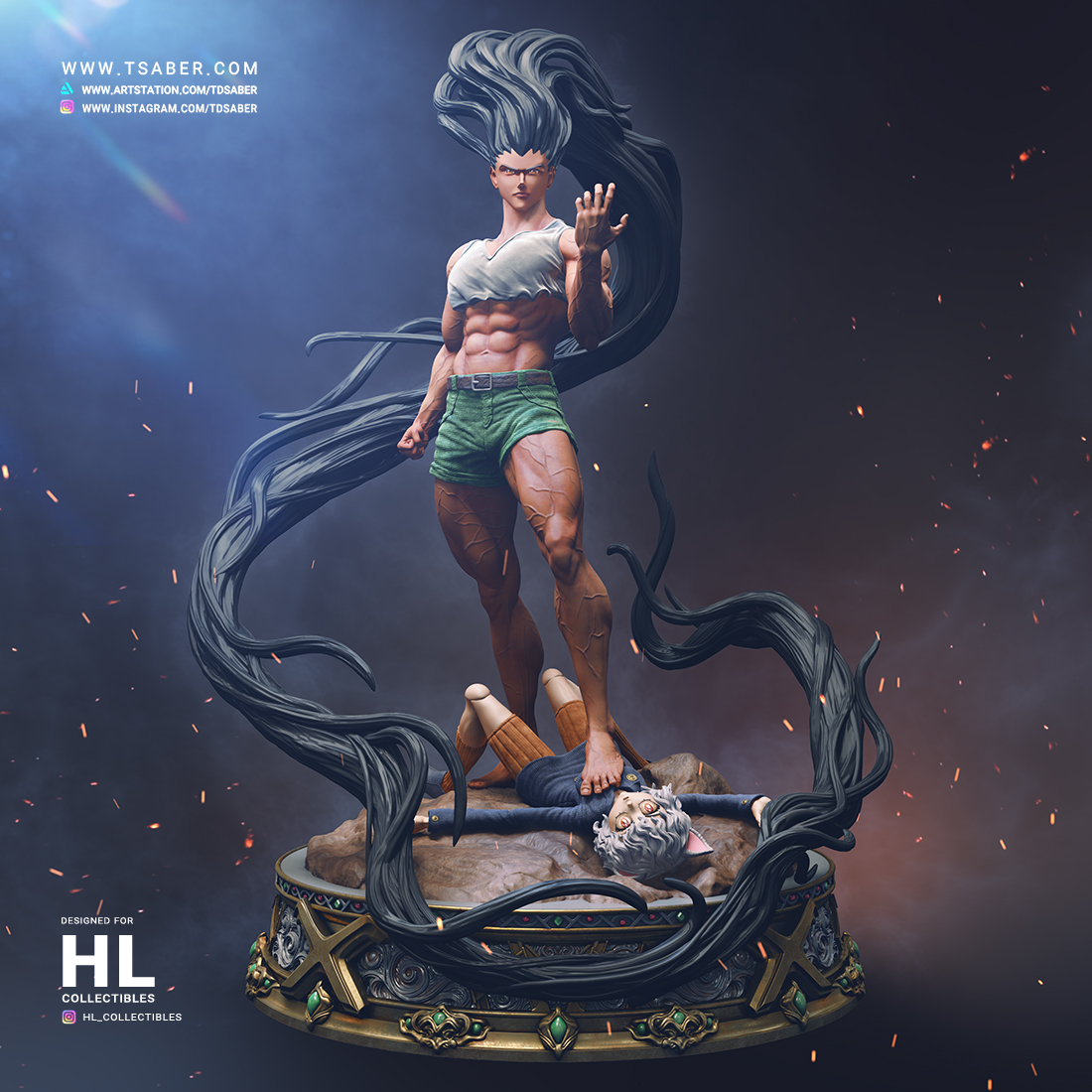 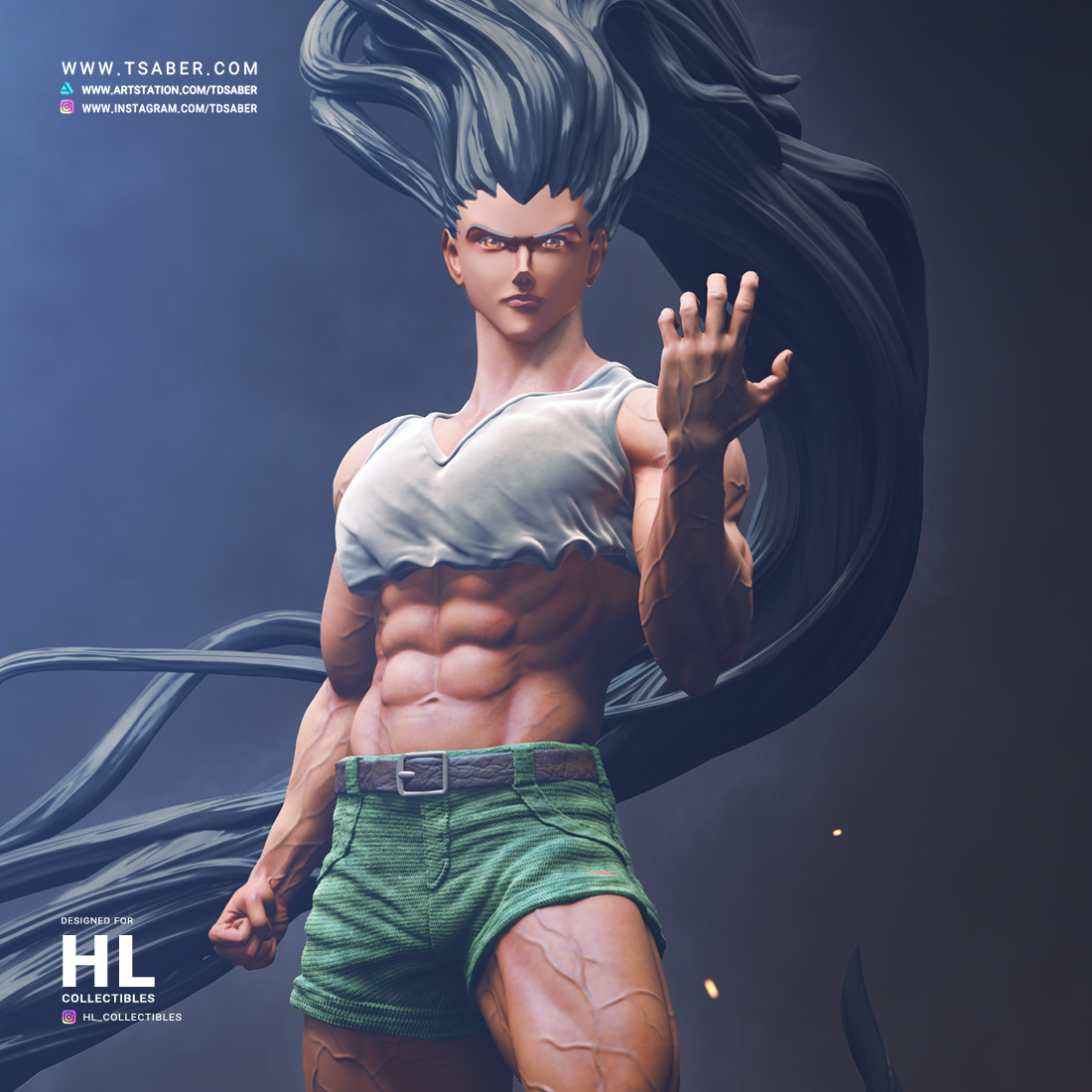 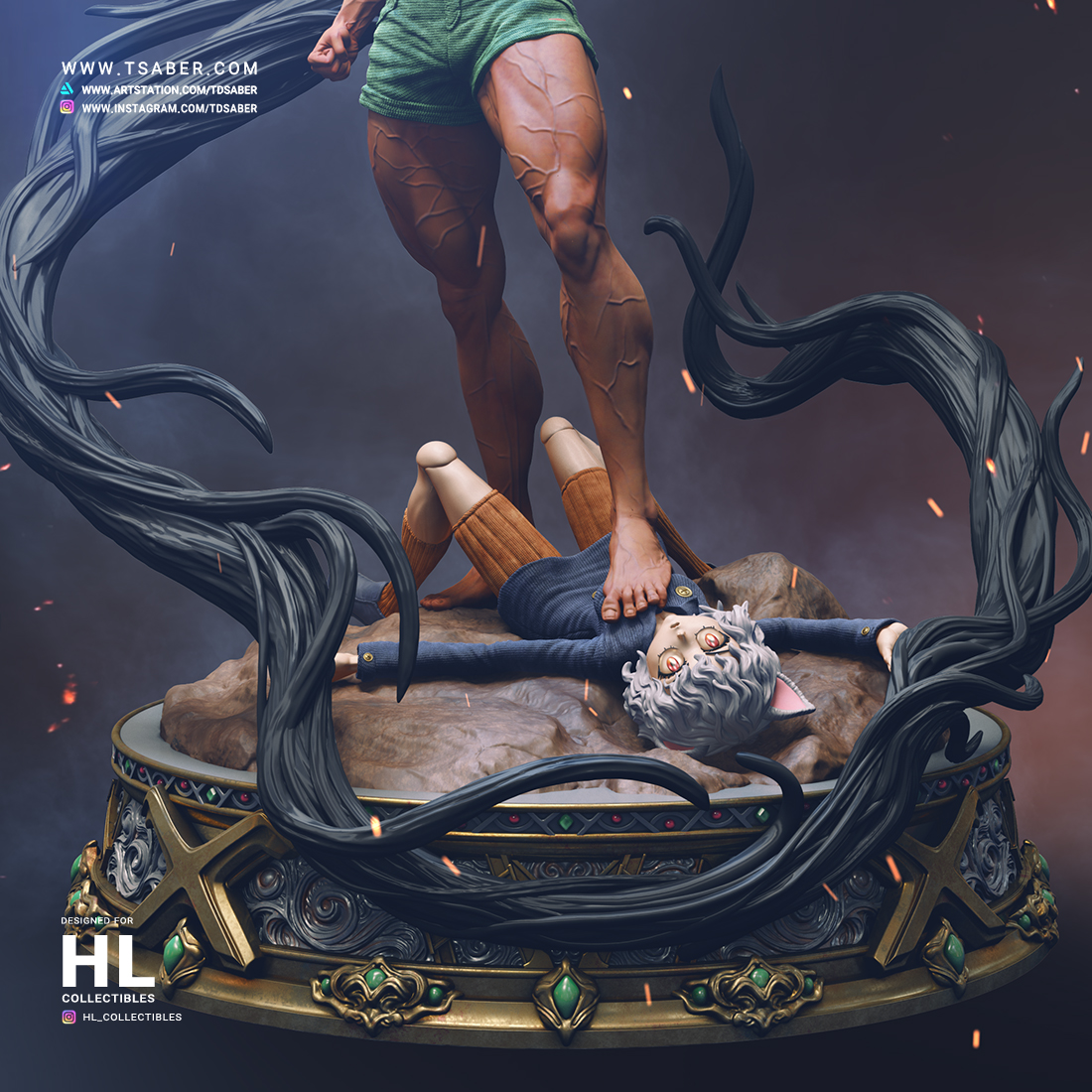 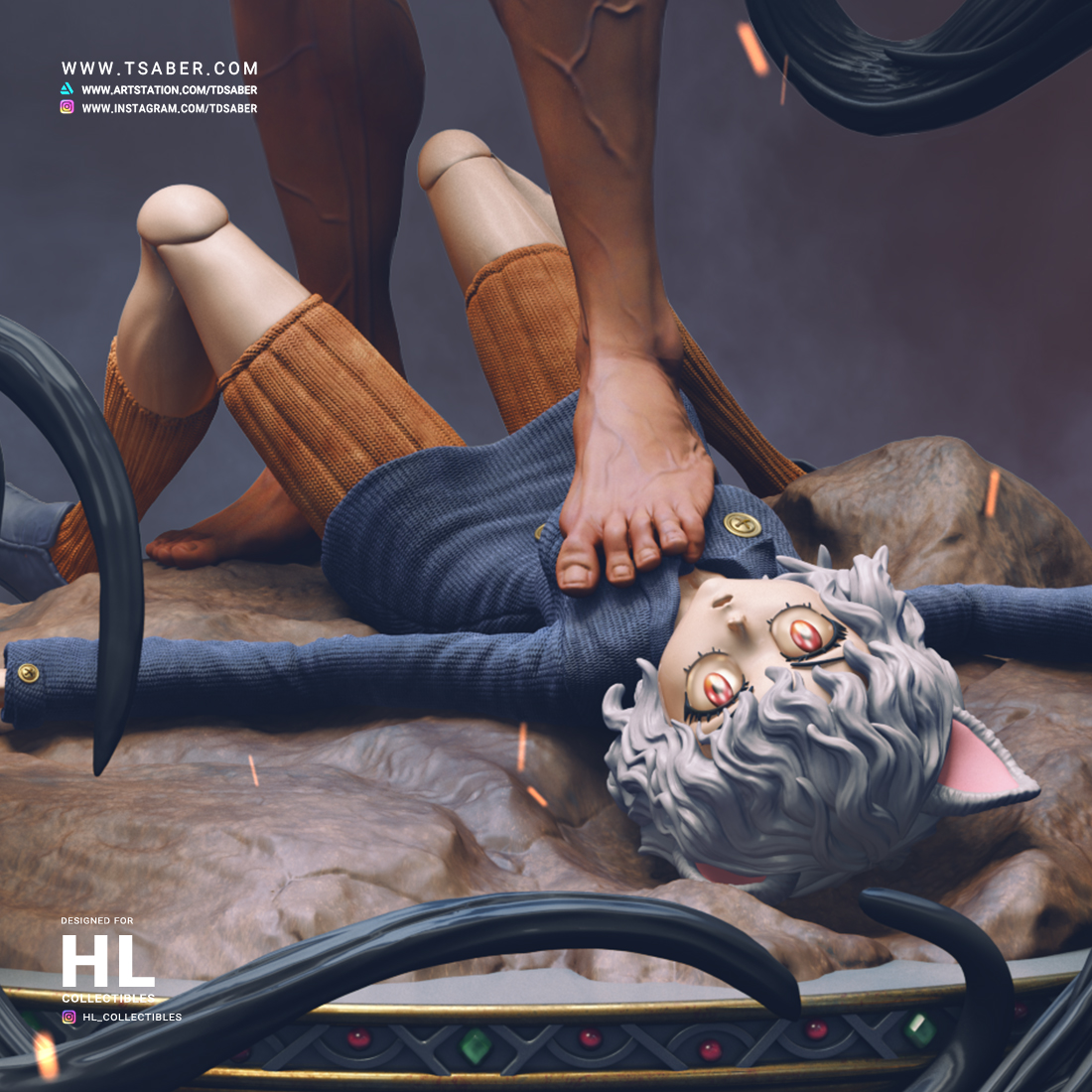 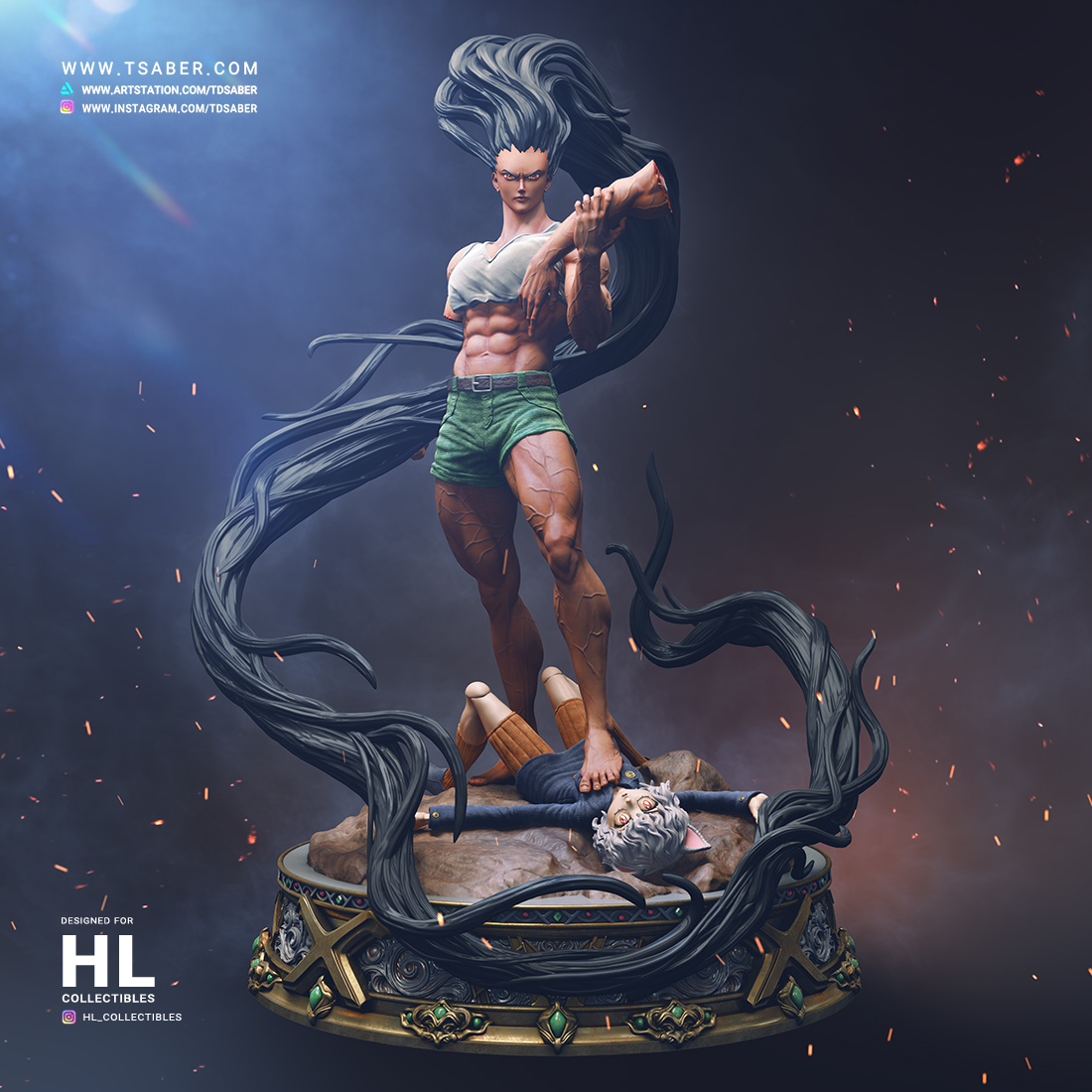 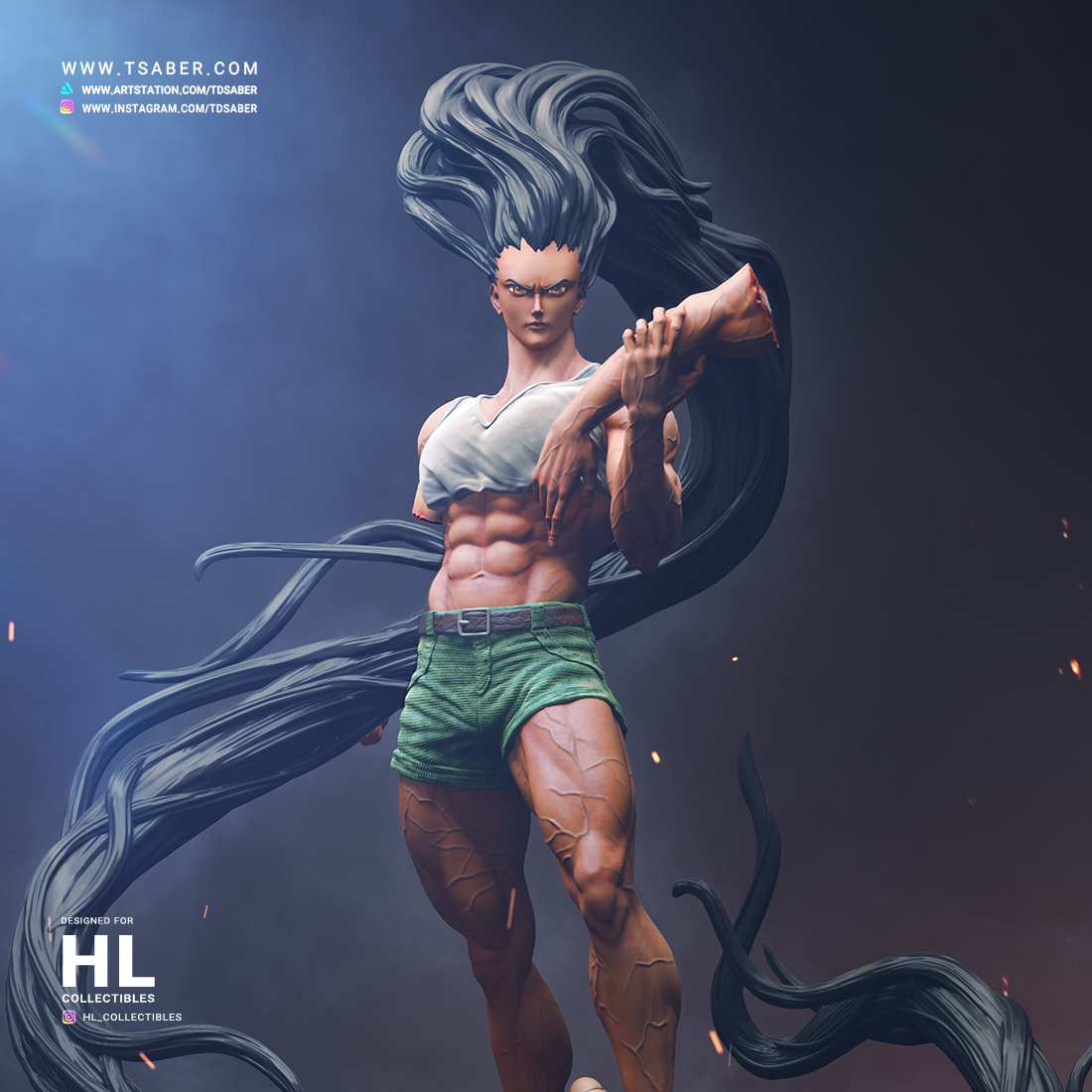 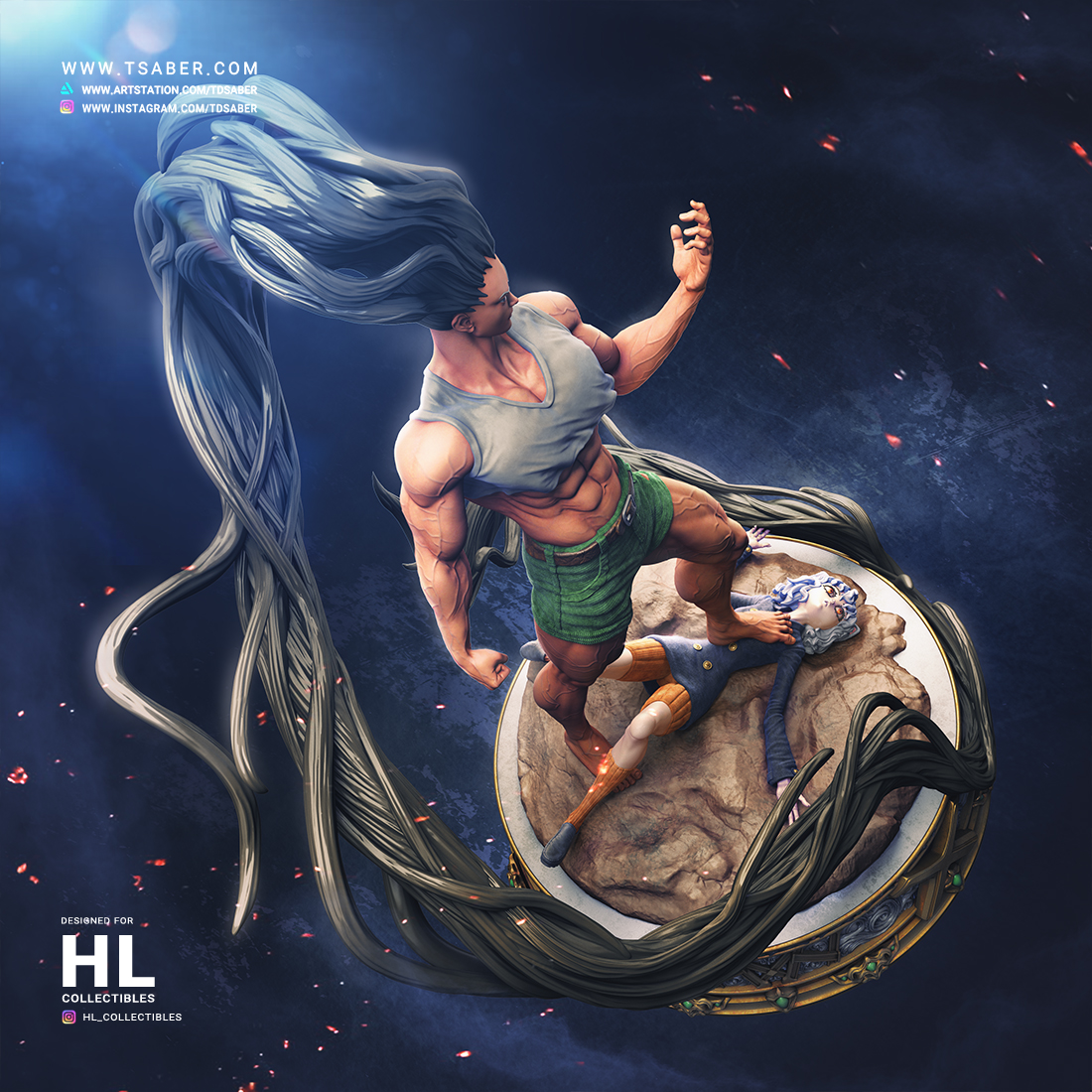 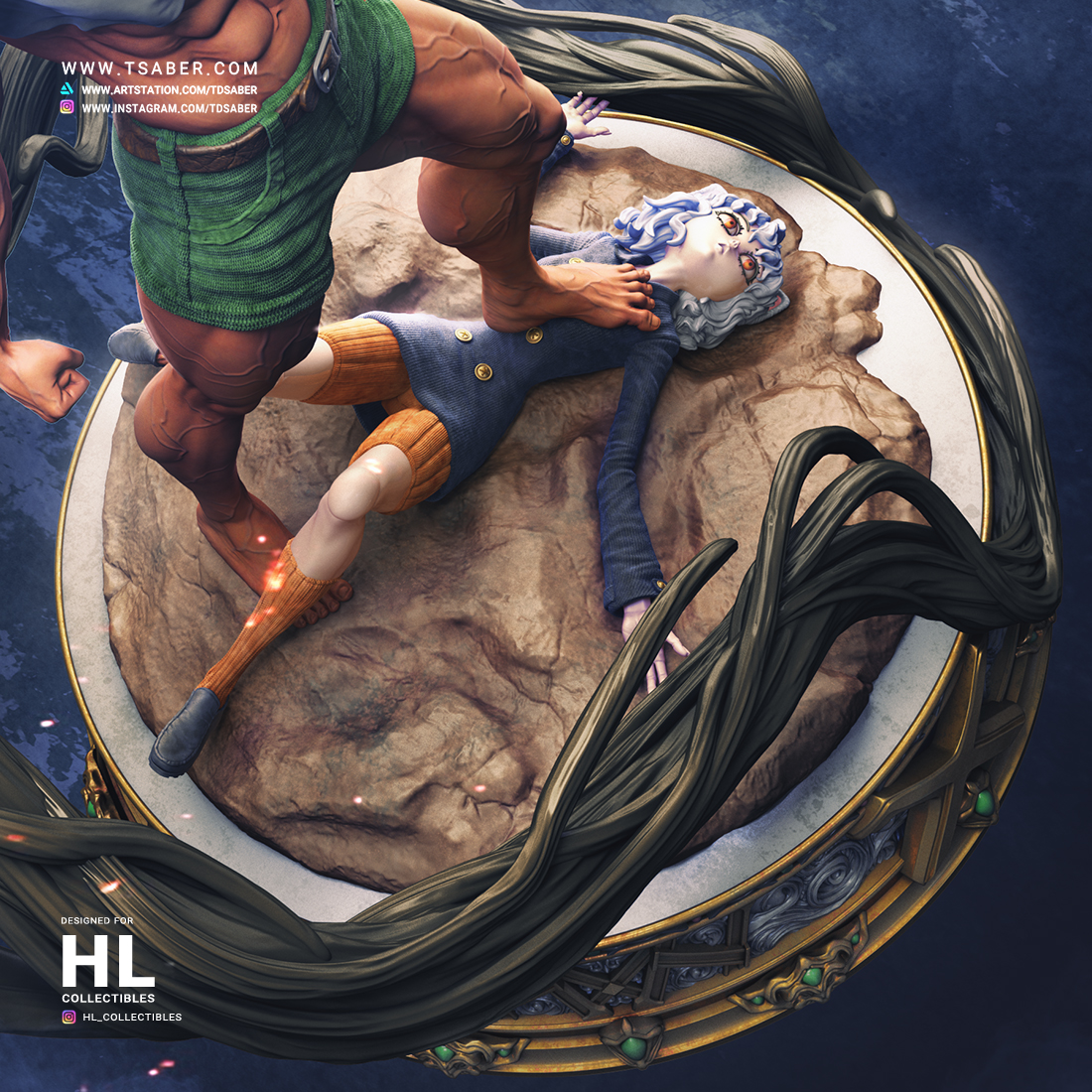 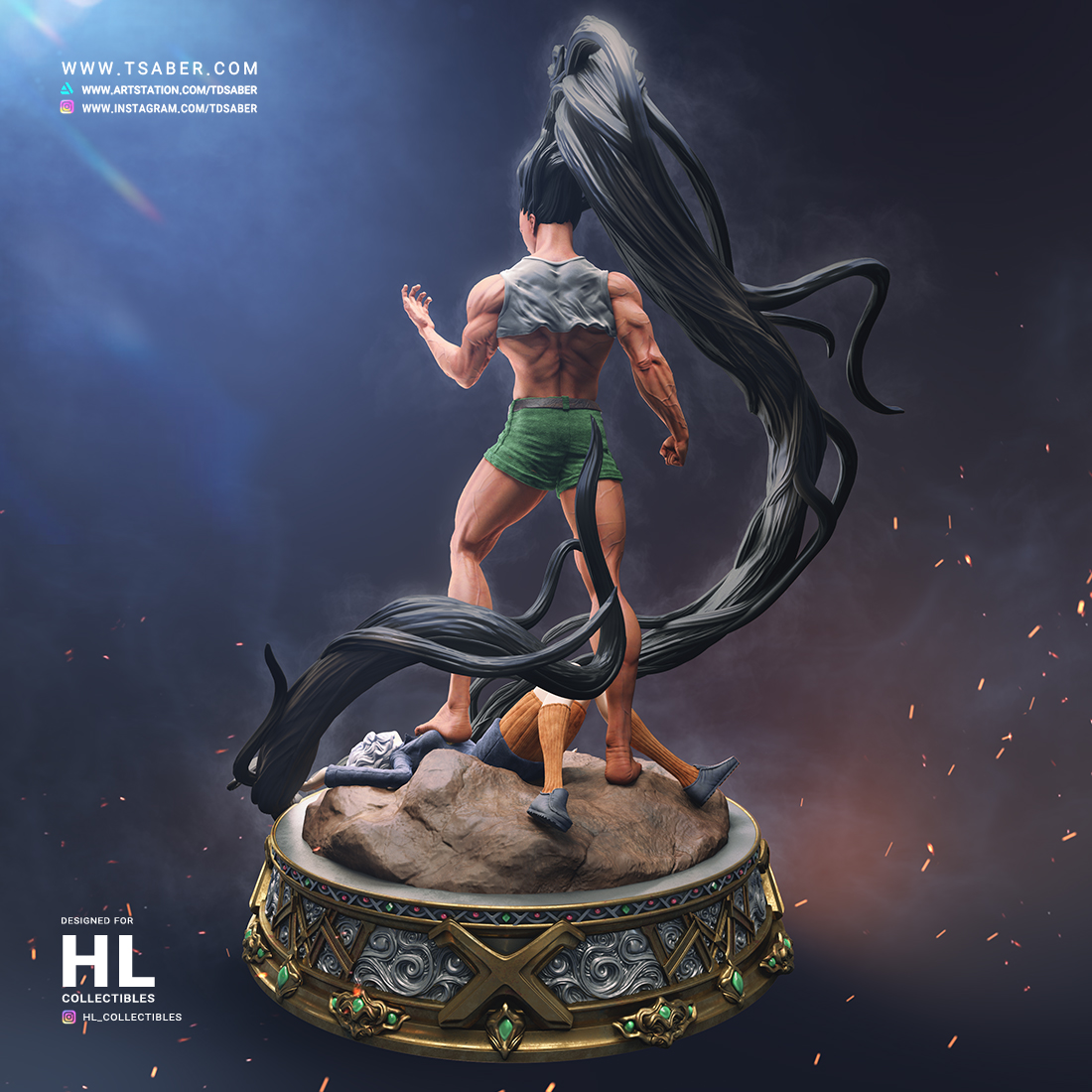 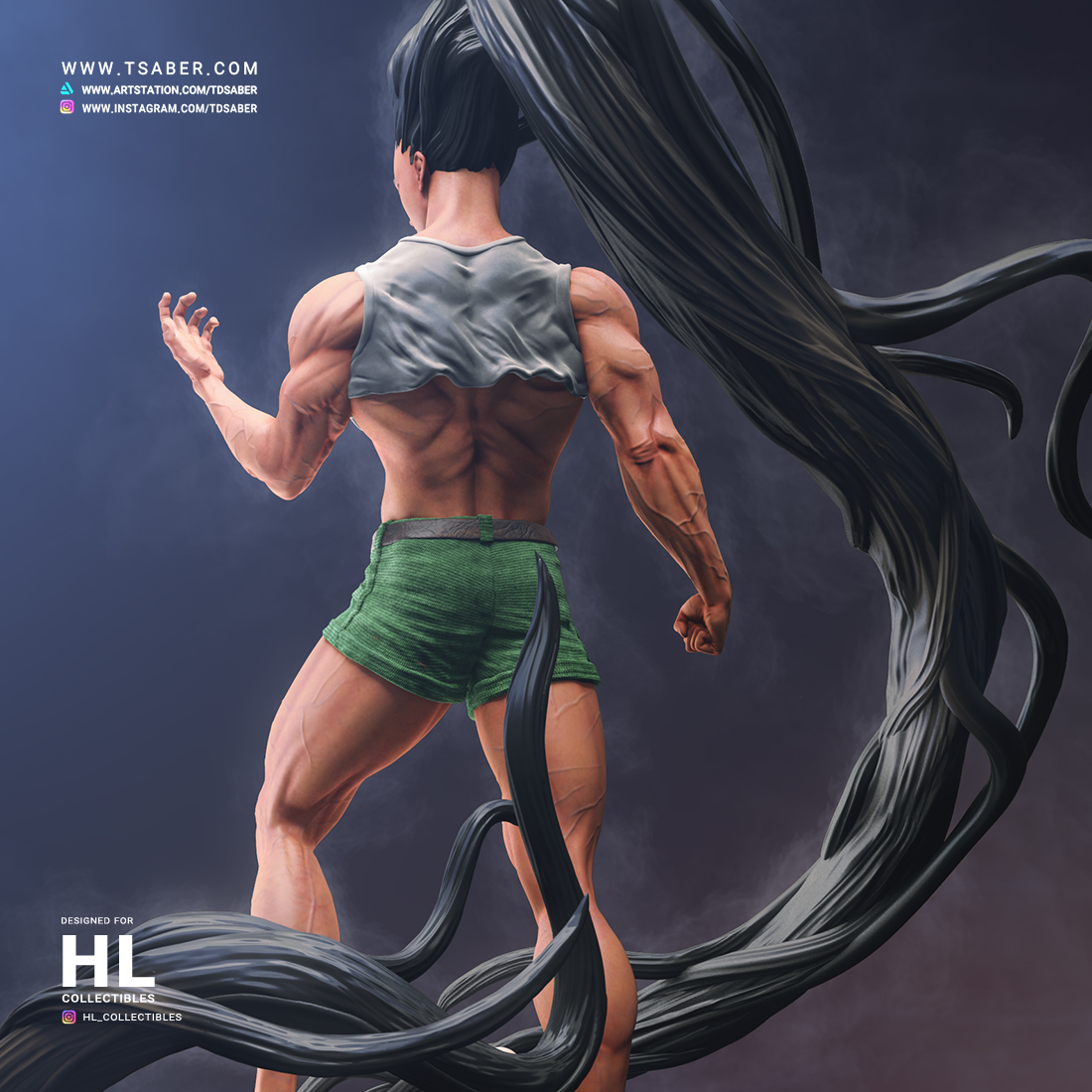 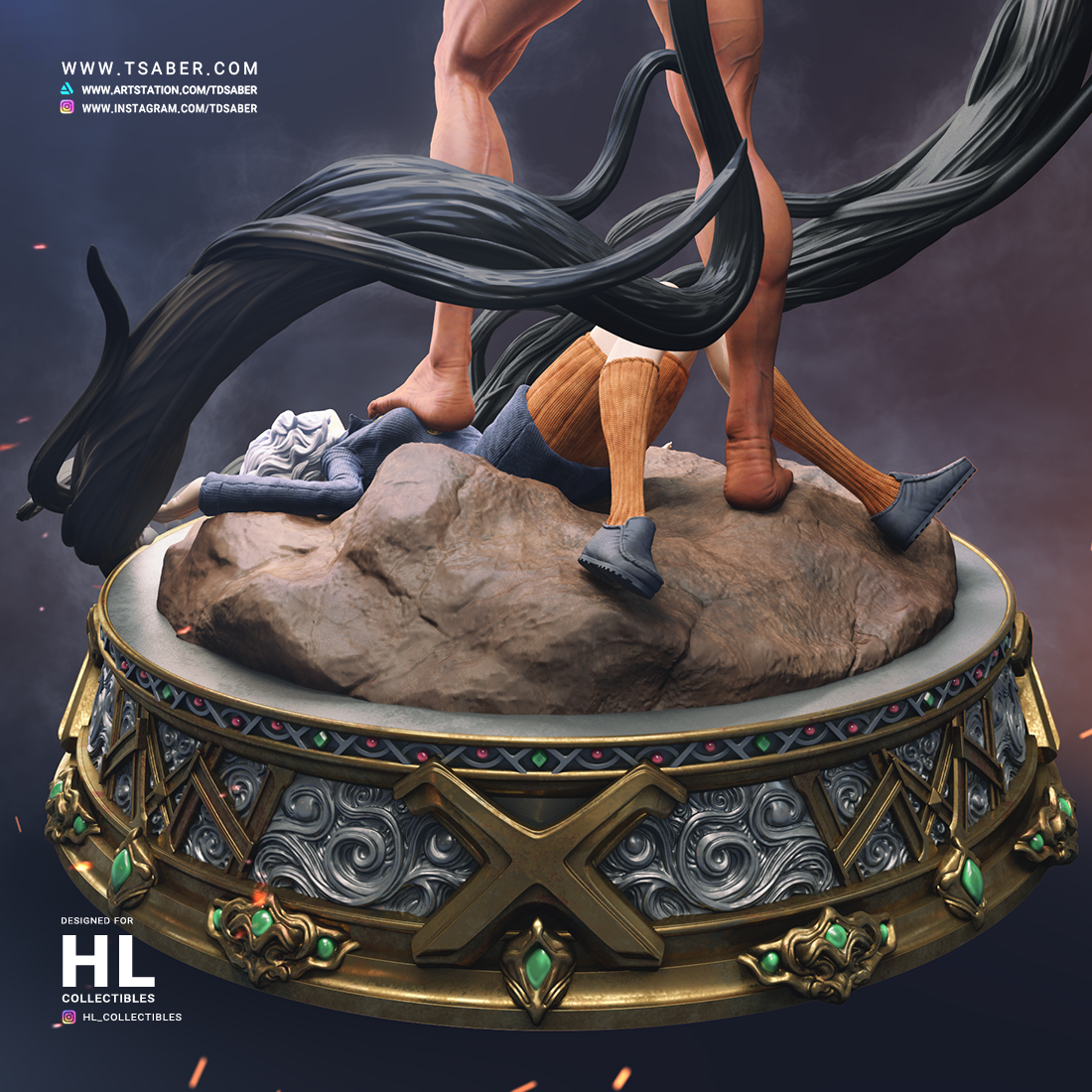 Here are the first color renders of Gon VS Pitou statue from the Hunter X Hunter anime and manga series which was commissioned by HL-Collectibles. I’m very honored to work on this project and I had a blast. as the fn can see, the statue depicts one of the most epic and intense moments of the Hunter X Hunter Anime series. The Chimera Ant Arc brought great change to the series and delivered many epic battles. Even though I’m not a big fan of Hunter X Hunter, those moments were so exciting to watch. We got to watch one of the astonishing surprises of the Hunter X Hunter series where Gon had his first transformation. I’m sure none of the fans expected to see how powerful Gon will become. I definitely found this project crucial for the fans.

The clay renders of the Gon VS Pituo statue are available to see HERE and HERE .

Hl-Collectibles had a solid idea of the design of the statue. While following that art direction, I managed to improve few parts of the statue such as the hair and the base. I found the face design challenging. At first, we followed the same face design from the HXH anime series and Jump Force video game. The early reactions weren’t very successful. I remember the fans used to complain that Gon’s face doesn’t look like the one in the anime. When we showed the references, they would take back their words, But that didn’t satisfy us. We can’t sell the statue with the anime screenshot next to it to prove our point. It became almost a mystery to us.

So I asked HL-Collectibles to allow me implementing my ideas. I’ve realized the fans had a completely different image of Gon in their memory because of the dark atmosphere of the scene. Gon was dead serious in that particular moment of the anime episode.Therefore I re-sculpted the face based on my feelings and I overlooked the original anime references. The new face is nothing close to the anime, but the fans liked it and they said “That’s Gon!”. I have never come across a similar case like this. In the end, I’m glad that everyone’s happy and that’s what matters. 🙂

Gon VS Pitou Zbrush statue collectibles was sculpted in Zbrush and rendered in 3DSmax using Mental Ray. I hope the fans like my work. You may also find the portrait render of GON and PITOU on my previous posts
Sincerely
Tsaber