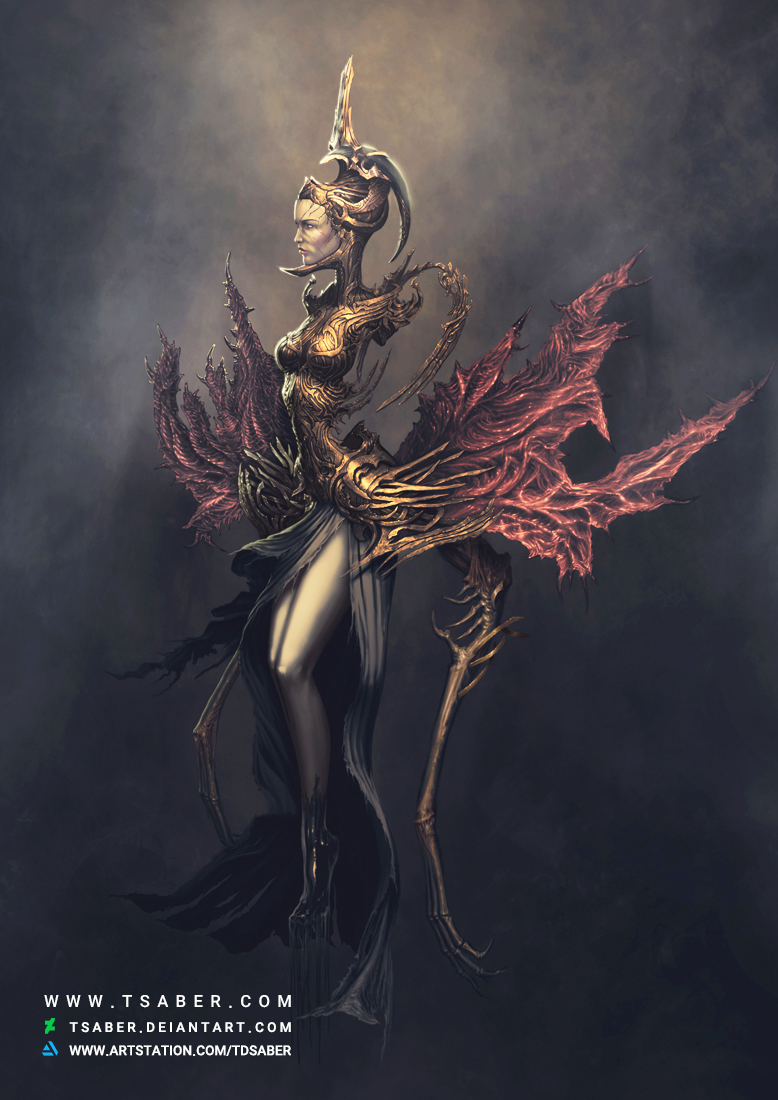 Hello everyone,
Baneful Bloom is another Fantasy Female Undead Character in my Legion of The Fallen series. In this female undead character, I wanted to add great deal of creepiness to the usual undead dark element. In fact, I wanted to raise the level of creepiness and tried to go as wild and as creative as I could.
I wanted to create an unearthly look while showing some human elements as well. I still wanted to preserve some sense of elegance too. The doll looking face and the alien looking body create a great wicked and dark contrast. The pale doll face creates both innocent and yet untrustworthy look. It creates a sense of curiosity that what’s underneath the doll face. Obviously the body reveals the horror beneath the mask. Her body is opened up and serves as wings. I kept her legs as human but I changed her arms into strange looking skeleton arms to create more sense of horror.
Baneful Bloom, the dark fantasy female undead character, is digitally painted in Adobe Photoshop.
Sincerely,
Tsaber
Related Projects