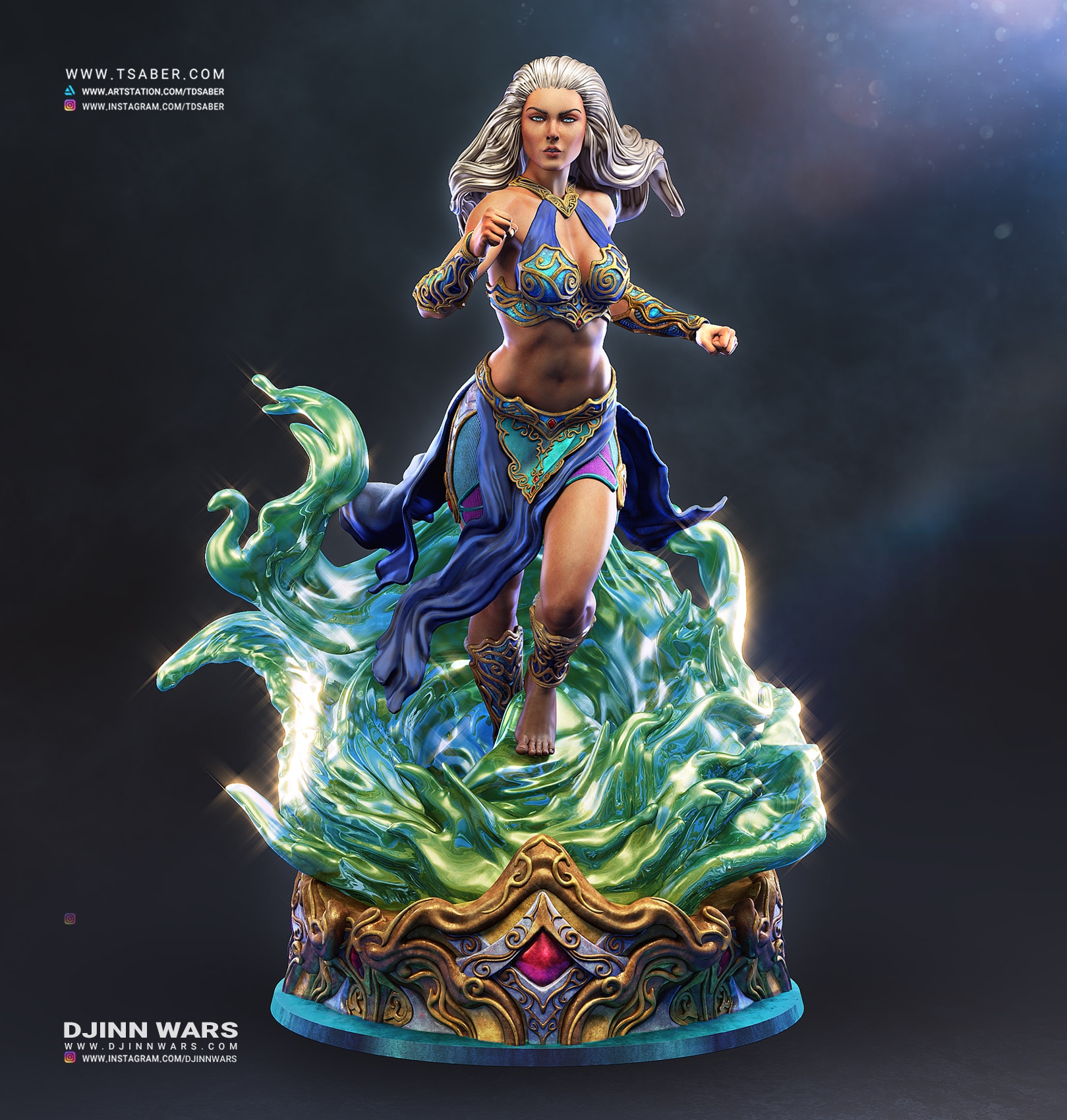 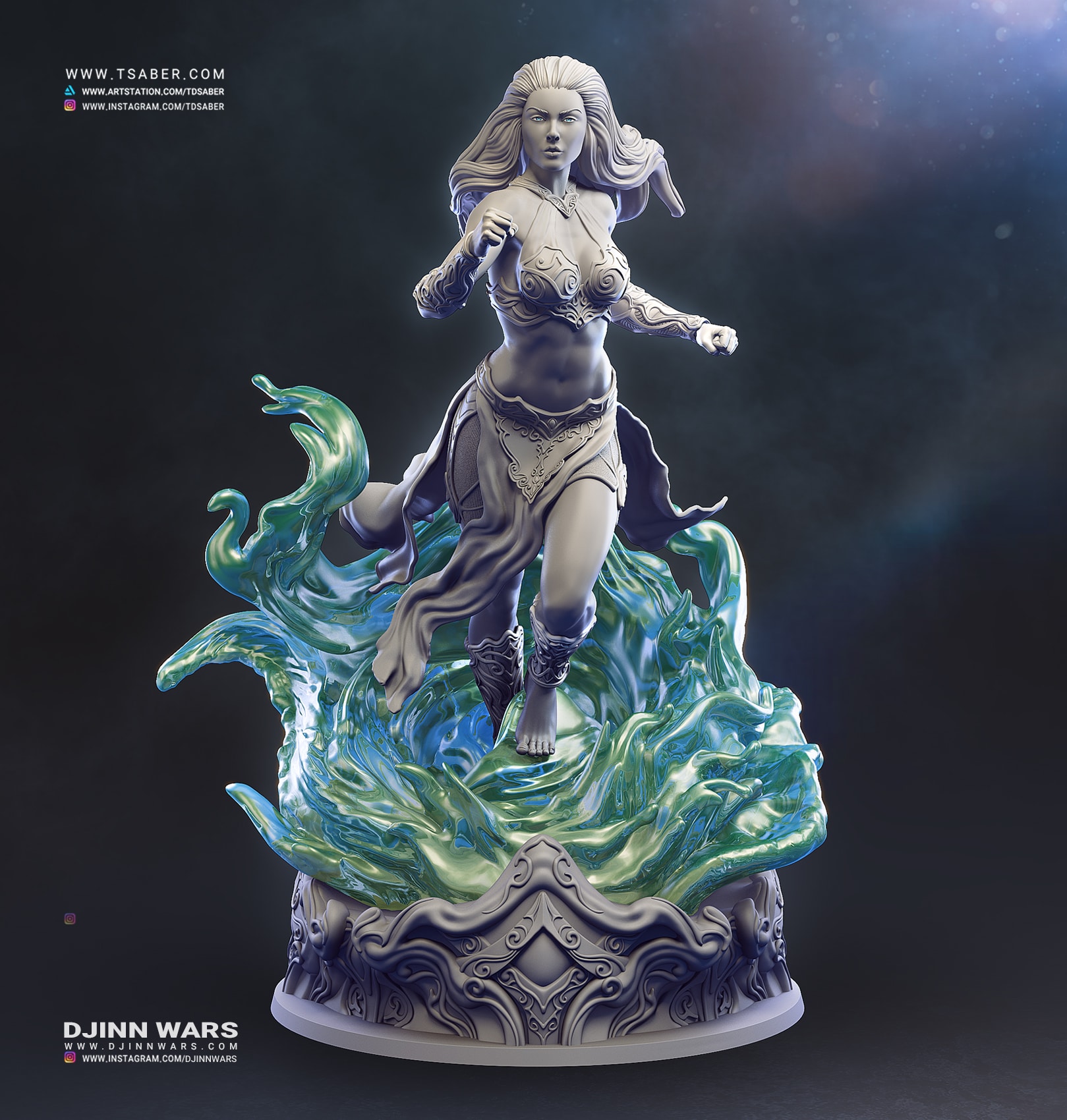 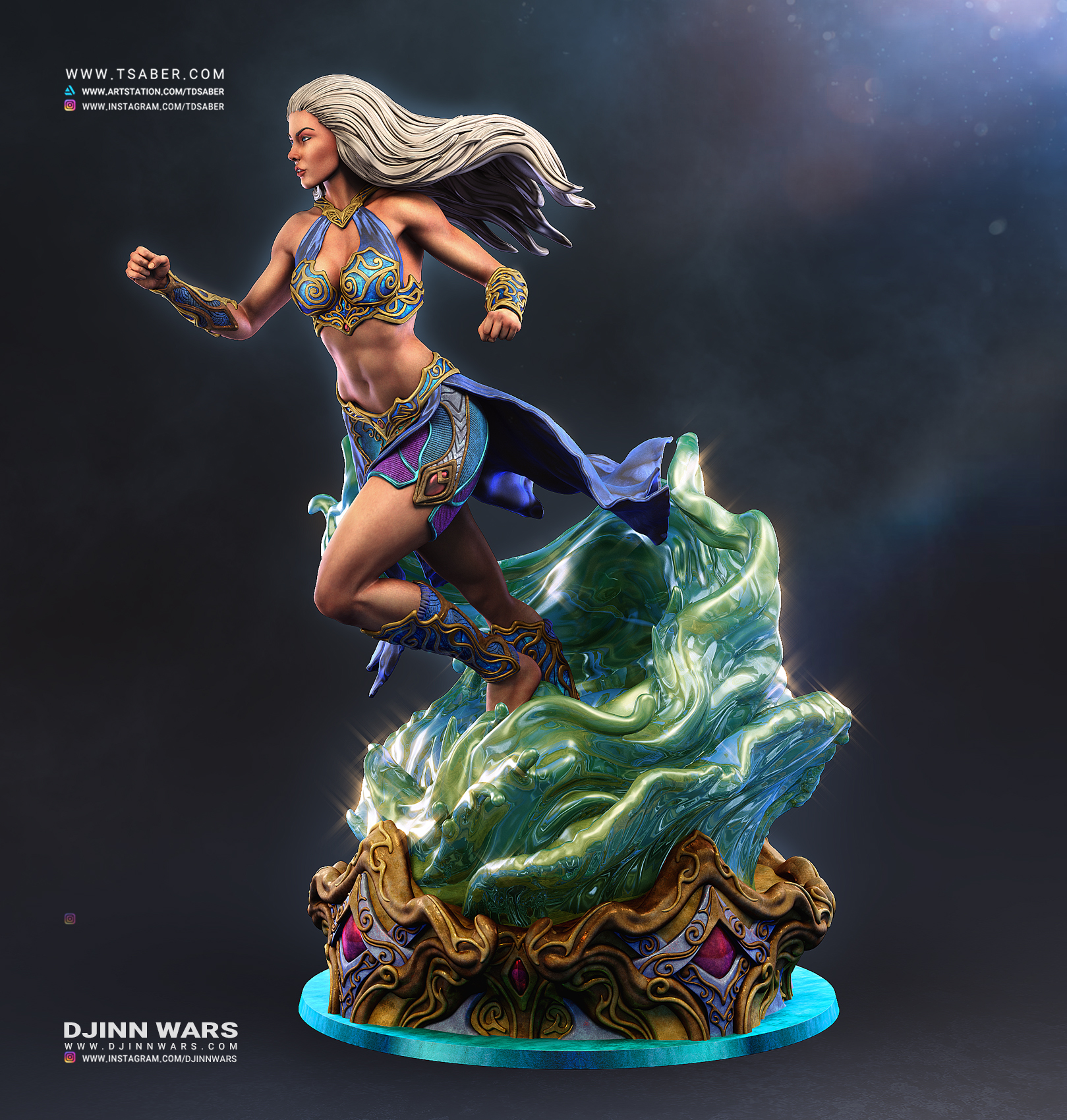 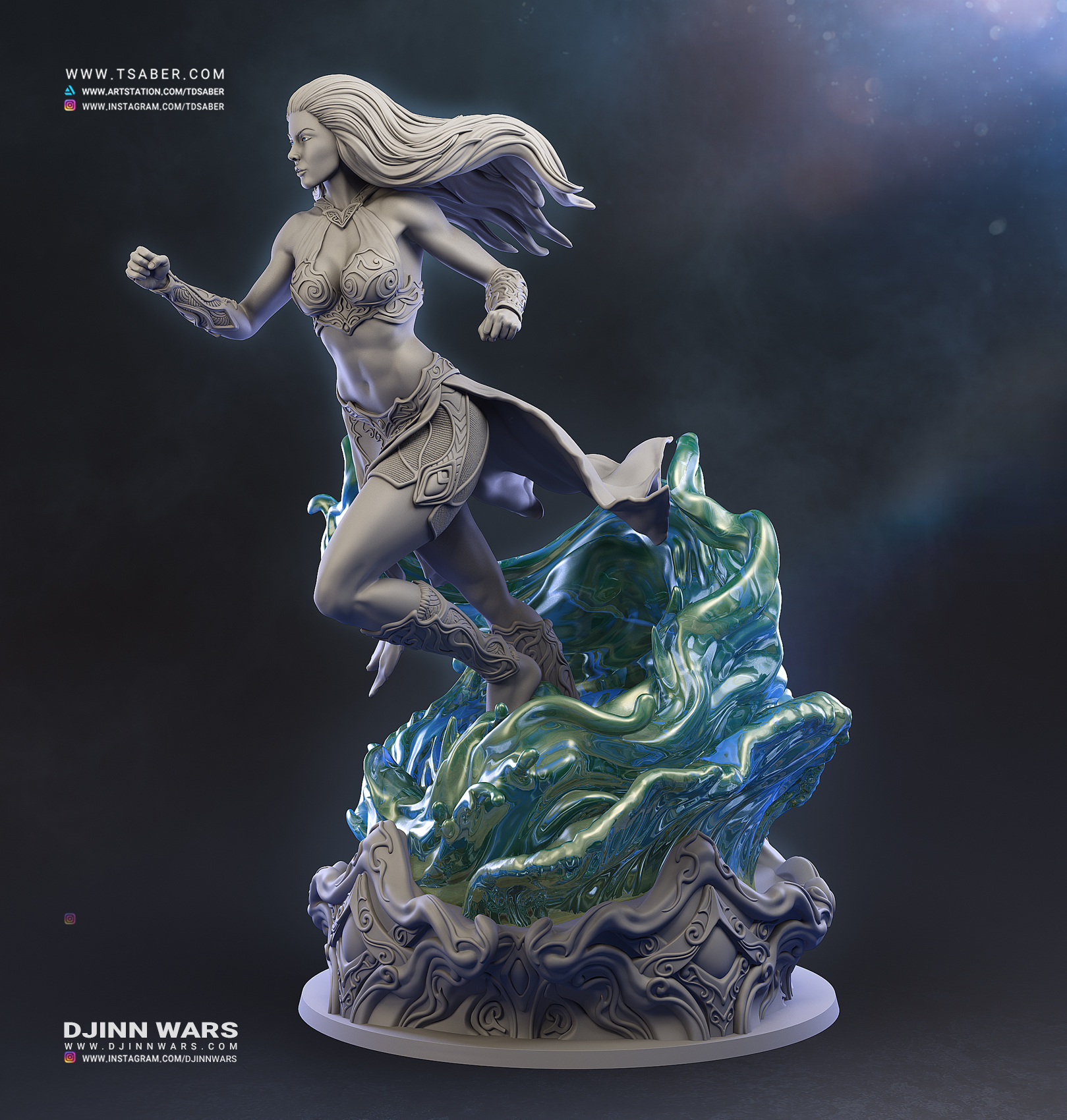 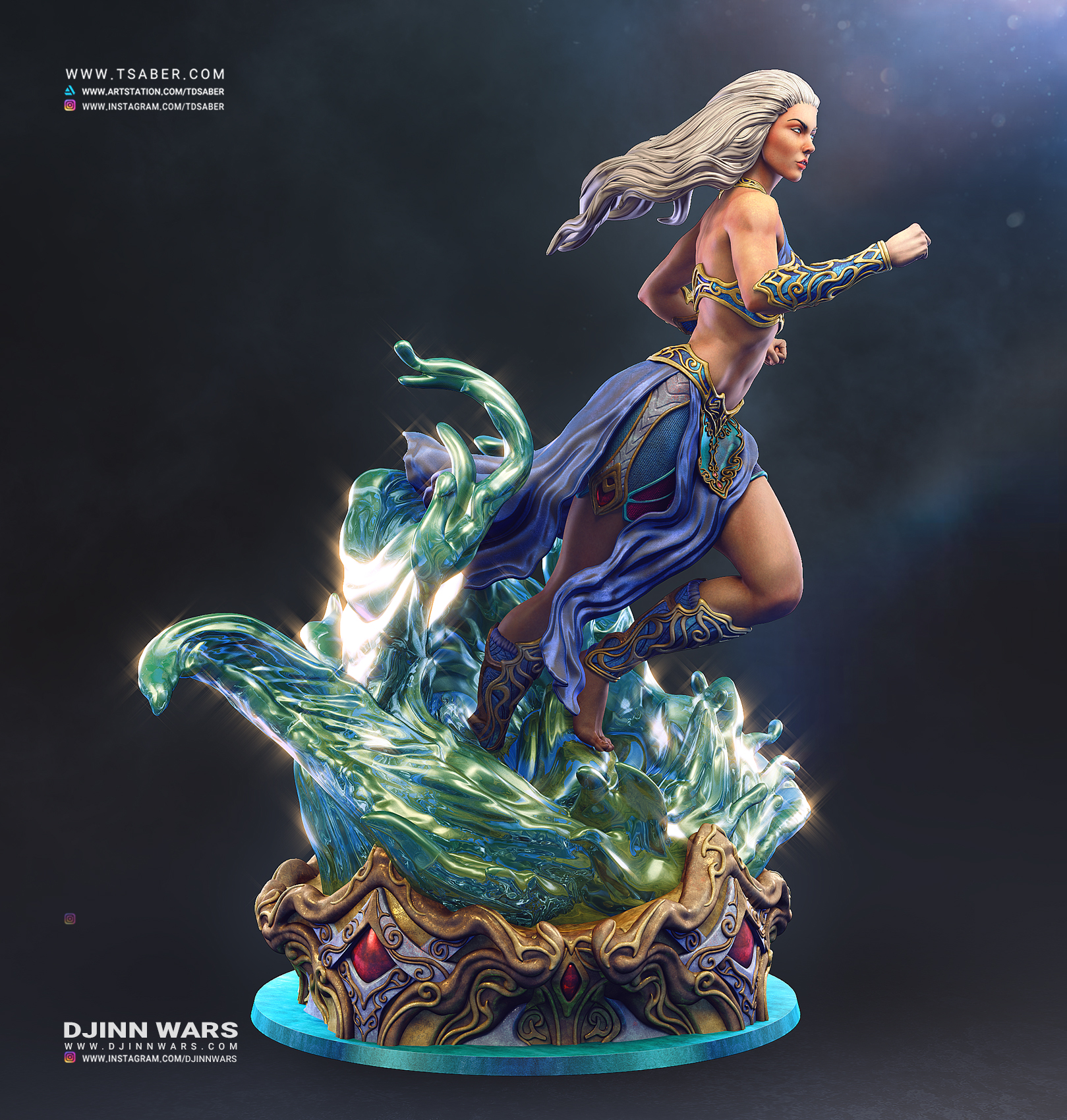 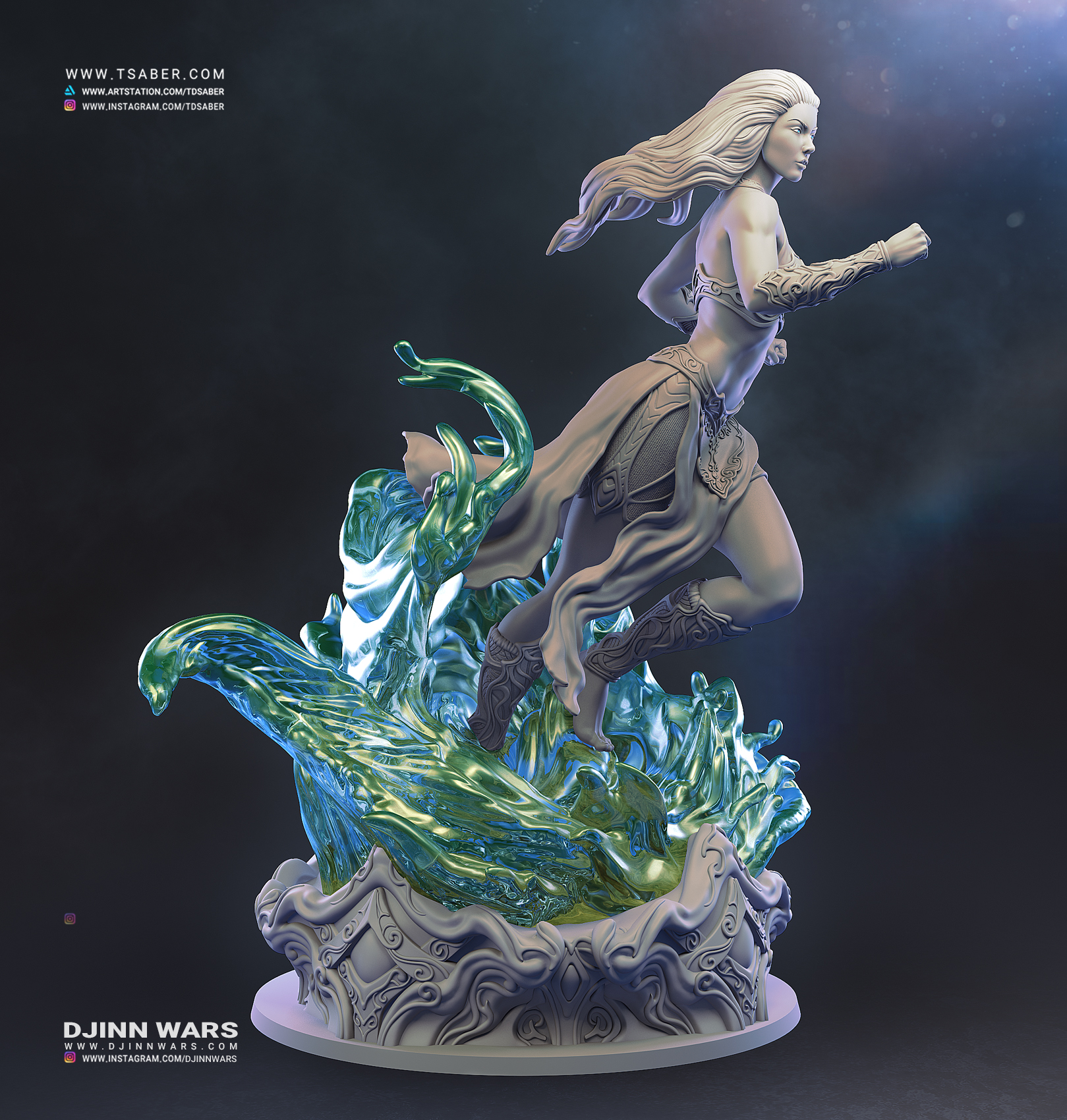 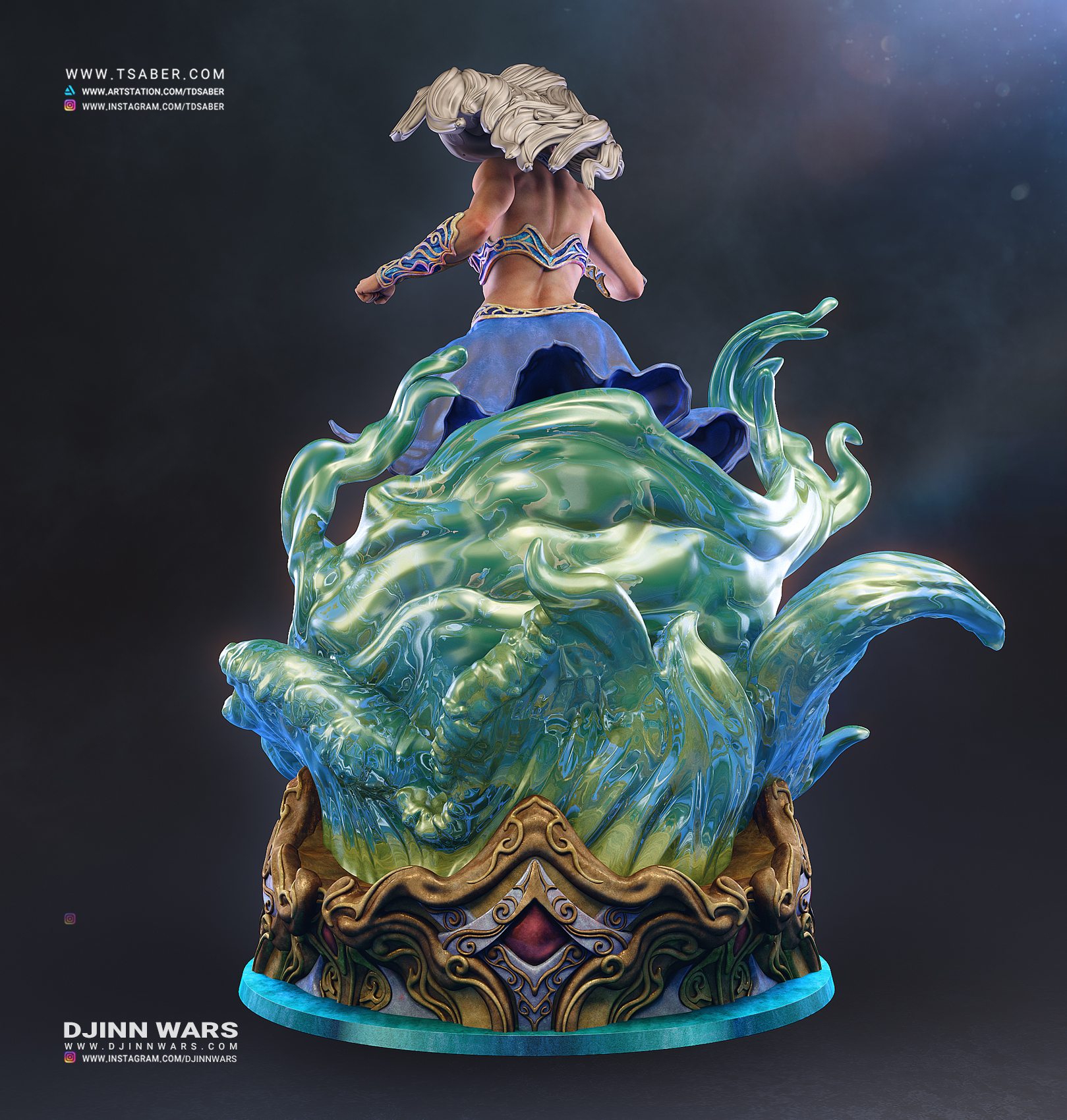 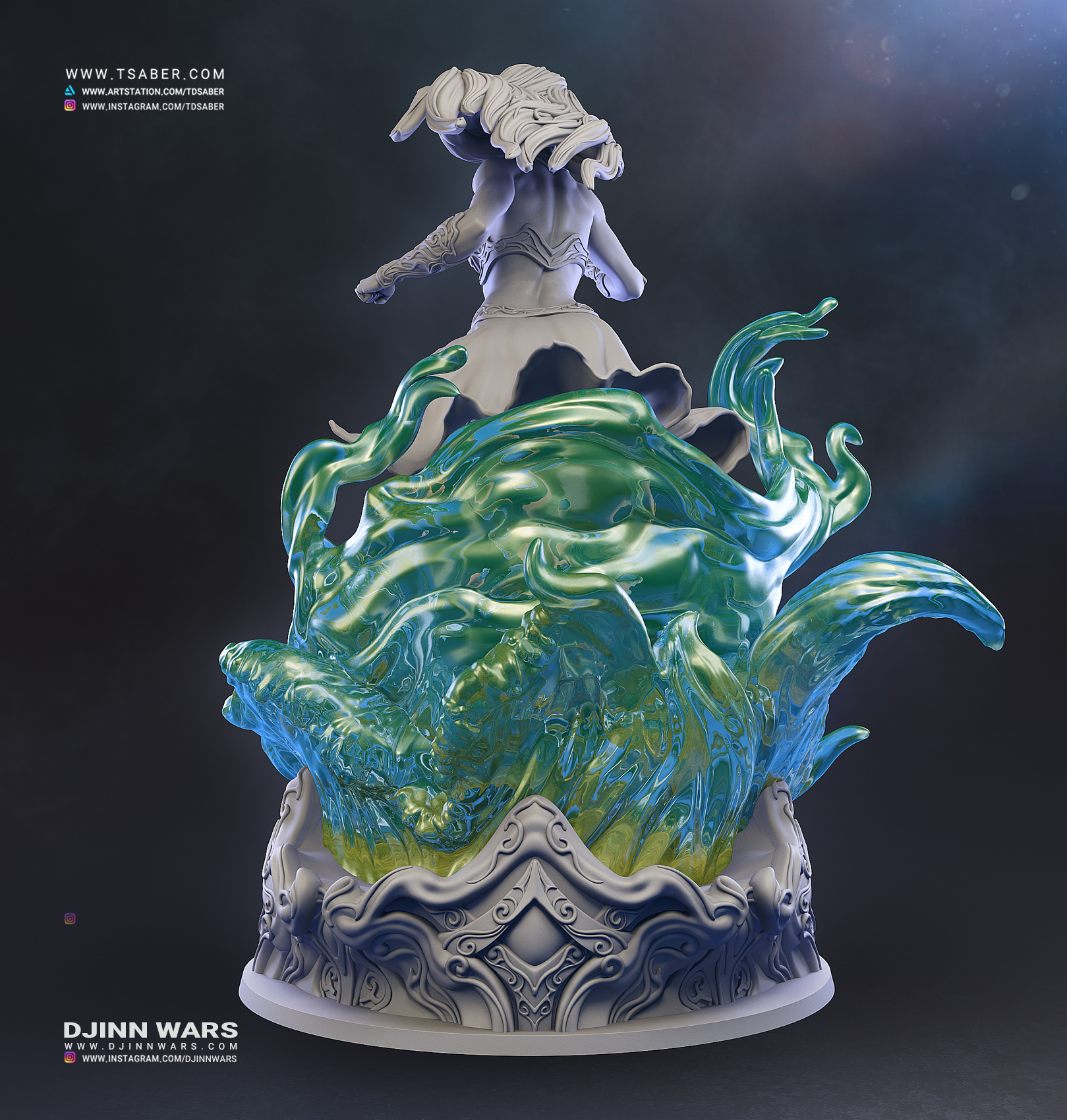 Ania Statue is part of the epic fantasy upcoming movie Djinn Wars that I sculpted. Ania is a water element magic user. Unlike what she might look like, she’s a tank warrior. She can call upon the seas and bring their wrath upon her enemies. Ania is diffidently a feisty fantasy character.

As always, It was a pleasure to work on sculpting 3d statues for the indie film project “Djinn Wars” helmed by the talented Sharif Fahim. He’s an astonishing person with an ambitious vision. “Djinn Wars” tells an epic fantasy world of men, demons, and ladies with magic.

Ania statue was created inside Zbrush and it was rendered with Mental Ray inside 3dsmax.