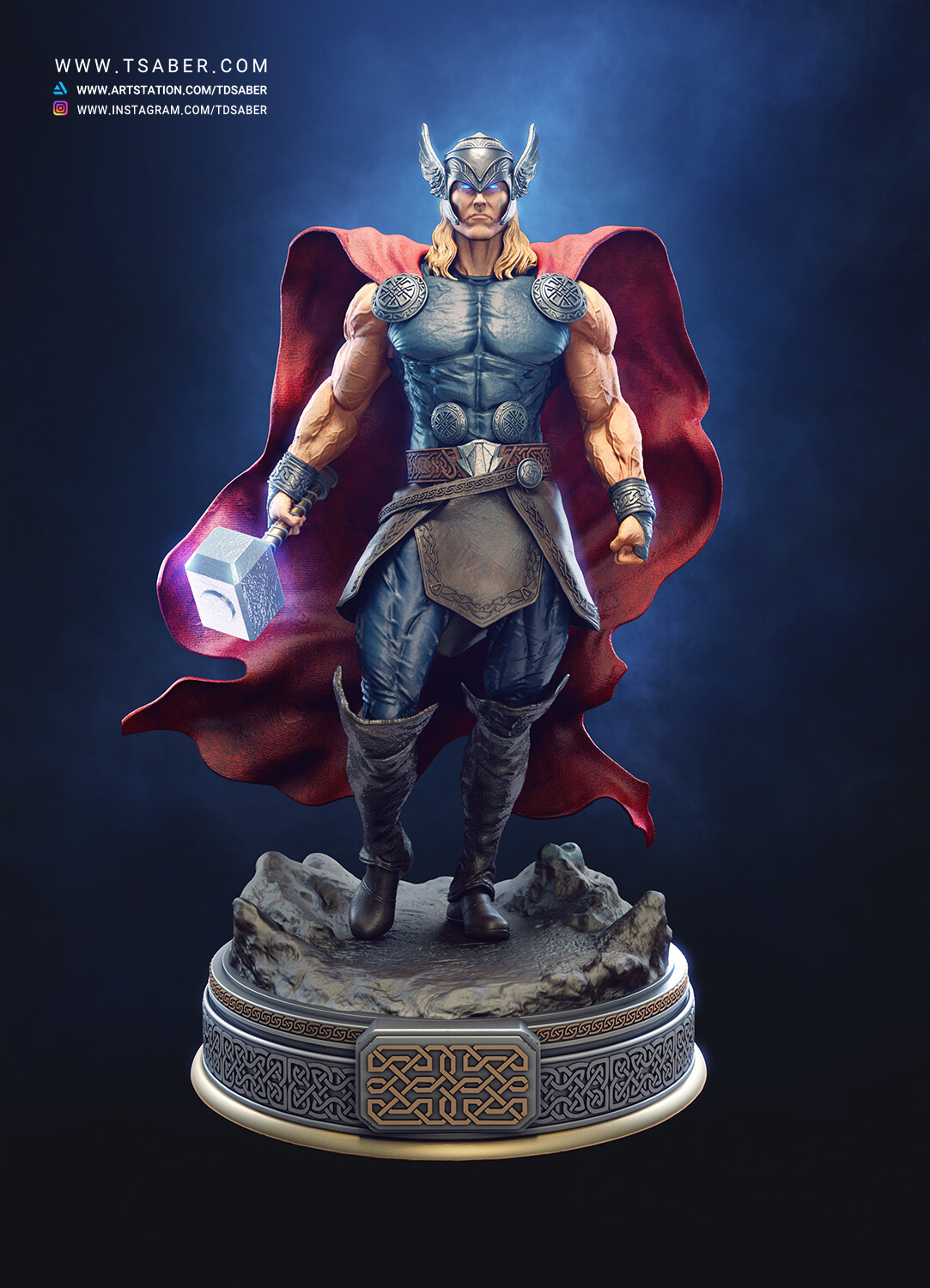 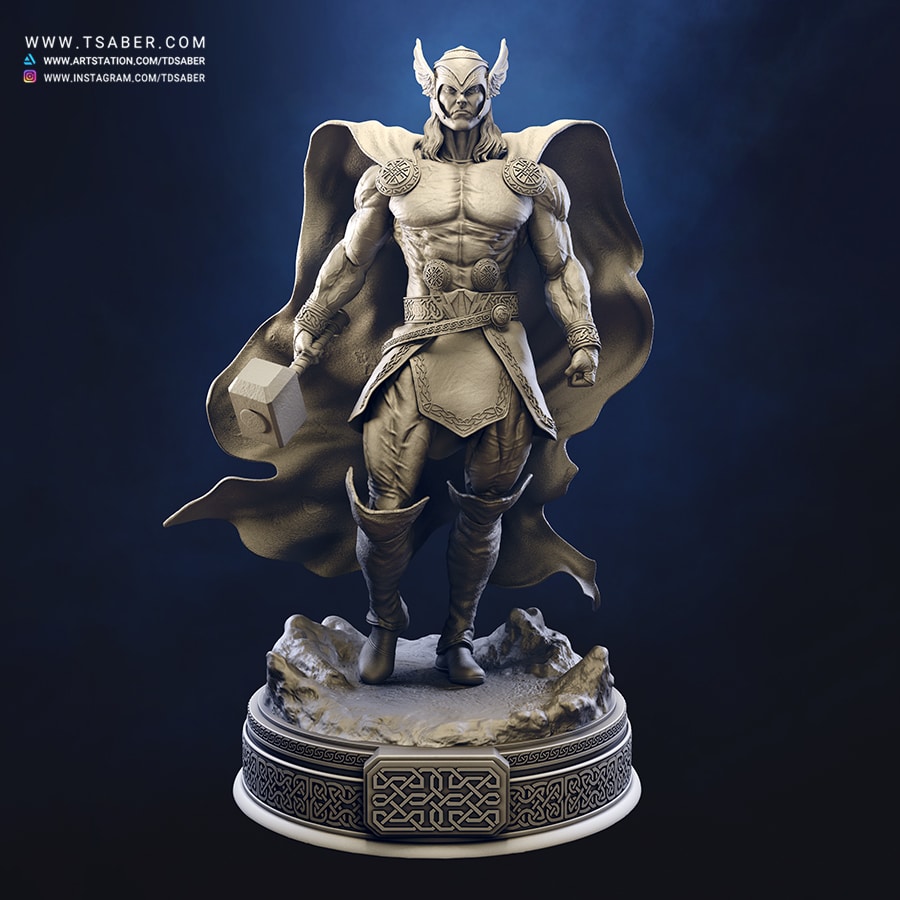 I was always a great fan of Thor, from the ancient Norse mythology to Marvel comics adaptation. There’s something masculine and heroic in Thor that everyone loves. A good old friend of mine who’s also a professional bodybuilder, asked me to sculpt a Thor statue for him. So for the good old times we had at the gym, I decided to sculpt him a Thor statue, which is a good practice on masculine body sculpture. Unlike many clients that consider me strong in female body sculptures, I prefer to work on male aggressive characters and robots. I think I’m still a little boy inside…haha

I tried to stay loyal to Thor’s comic version while I added more details that present the Nordic culture.  The cape sculpture is also I like to practice and get stronger in it. I hope the fans like my Thor statue. I sculpted this Statue in Zbrush and rendered it on 3Dsmax Mental ray.