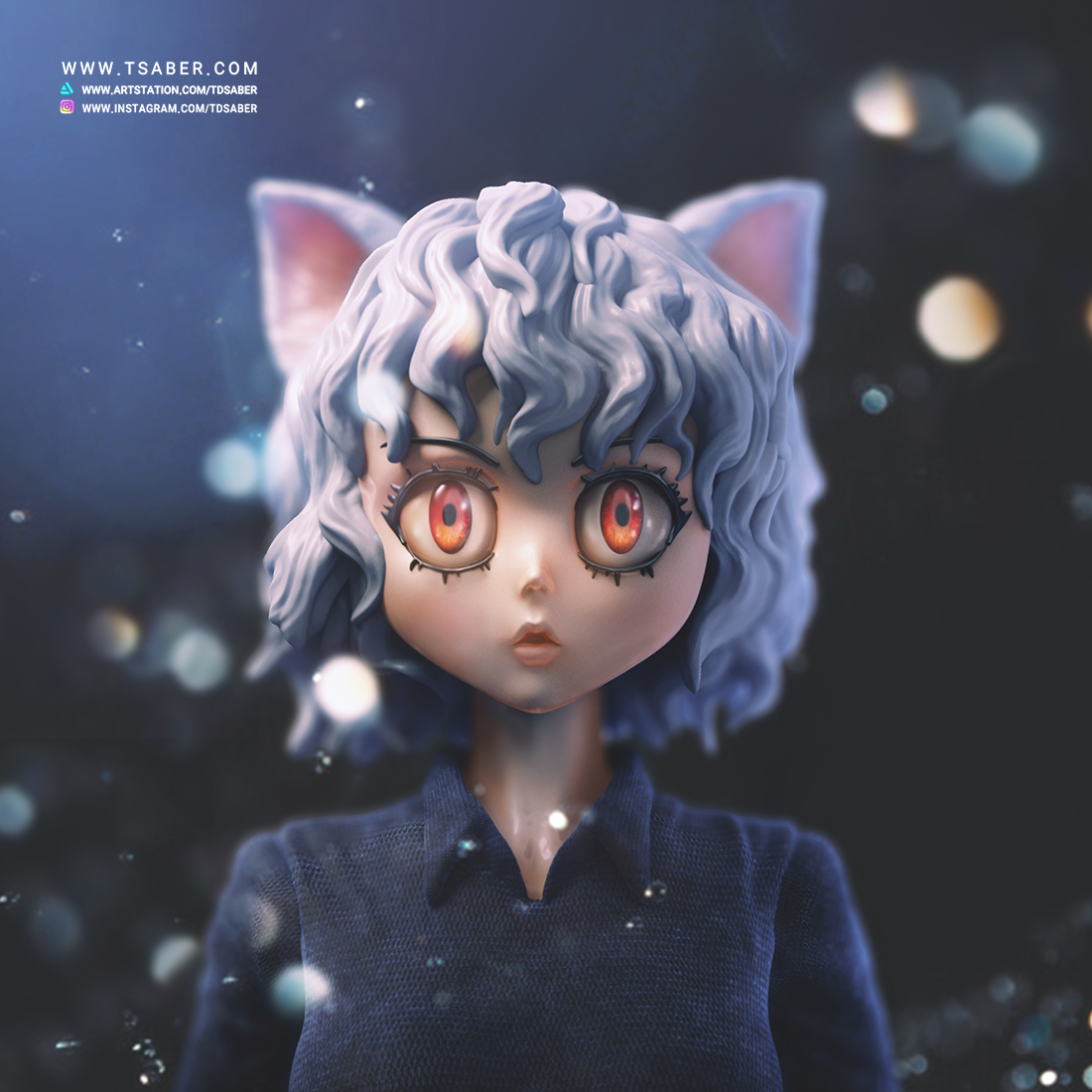 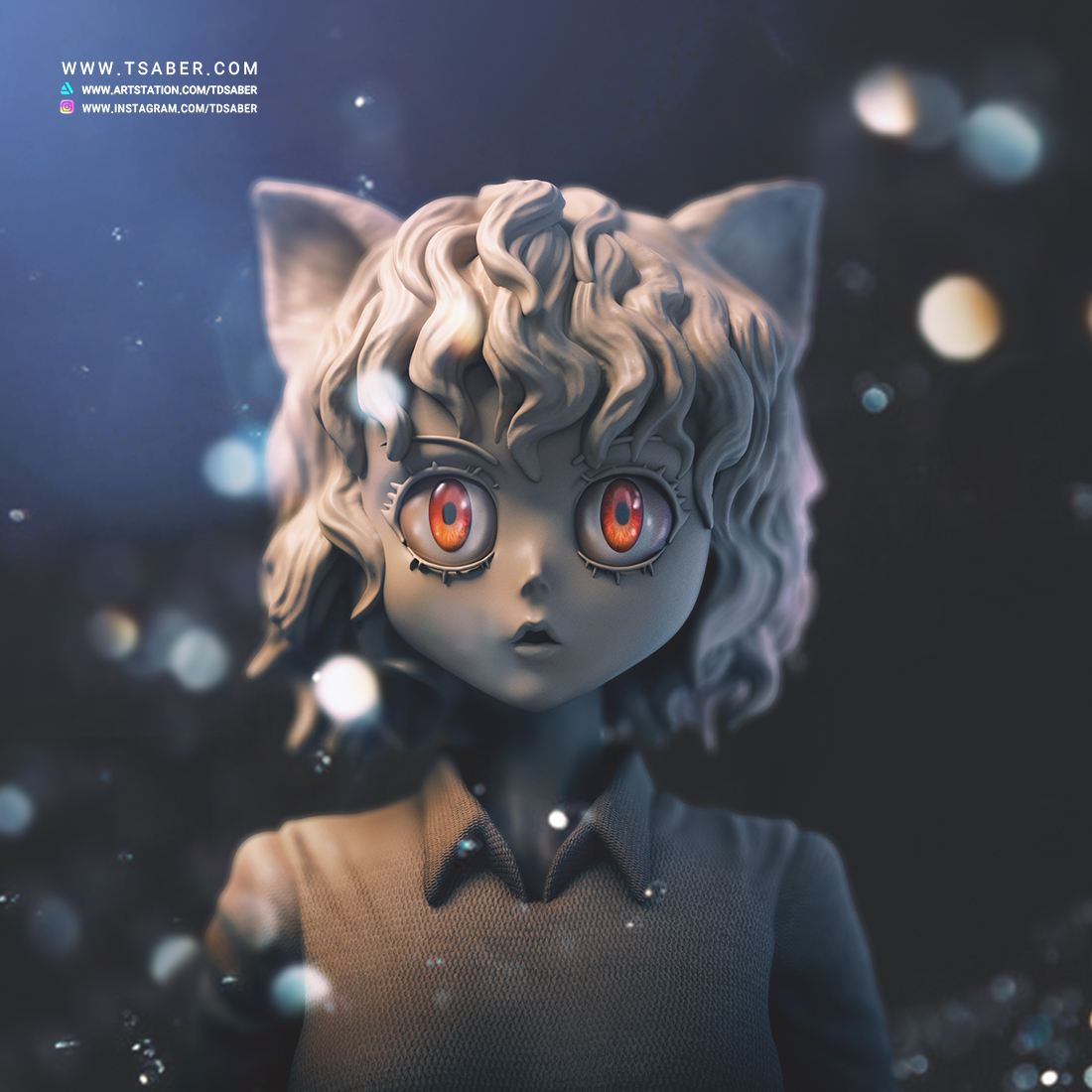 Neferpitou, aka Pitou, is part of a statue collectible I sculpted for HL_Collectibles. It was a great honor and joy to work on this project. As the fans are aware, Pitou is a character in Hunter X Hunter Anime and Manga series. She played a major role in the Chimera Ant Arc.  The cat-humanoid character is one of the three royal guards of Chimera ant king.

I was asked by HL_Collectibles to recreate a major battle scene in the Hunter X Hunter anime saga. As fans can easily recall it, it’s the battle between Gon and Pitou. The importance of the fight surges from Gon’s first surprising transformation. For a long time, the fans wanted to see a great deal of development from Gon, the main protagonist of the HXH series. The transformation revealed a great deal of information from Gon’s hidden power. I personally wasn’t a big fan of Hunter X Hunter anime, but I couldn’t ignore the fan’s excitement at that time. The battle scene made a huge impact.

The fans also learned so much from Pitou in the battle scene. She was known to have a curious and playful personality. As Chimera Ant king’s guard, she was expected to be extremely powerful. Yet in that fight scene, she showed her true devotion and loyalty toward her king. She made no hesitation to fight for her king and she showed her terrifying and merciless side as well. Pitou was beyond extraordinary.

Gon vs Pitou statue was sculpted in Zbrush and rendered in 3DSmax using Mental Ray.
I hope the fans like my work.
Sincerely
Tsaber