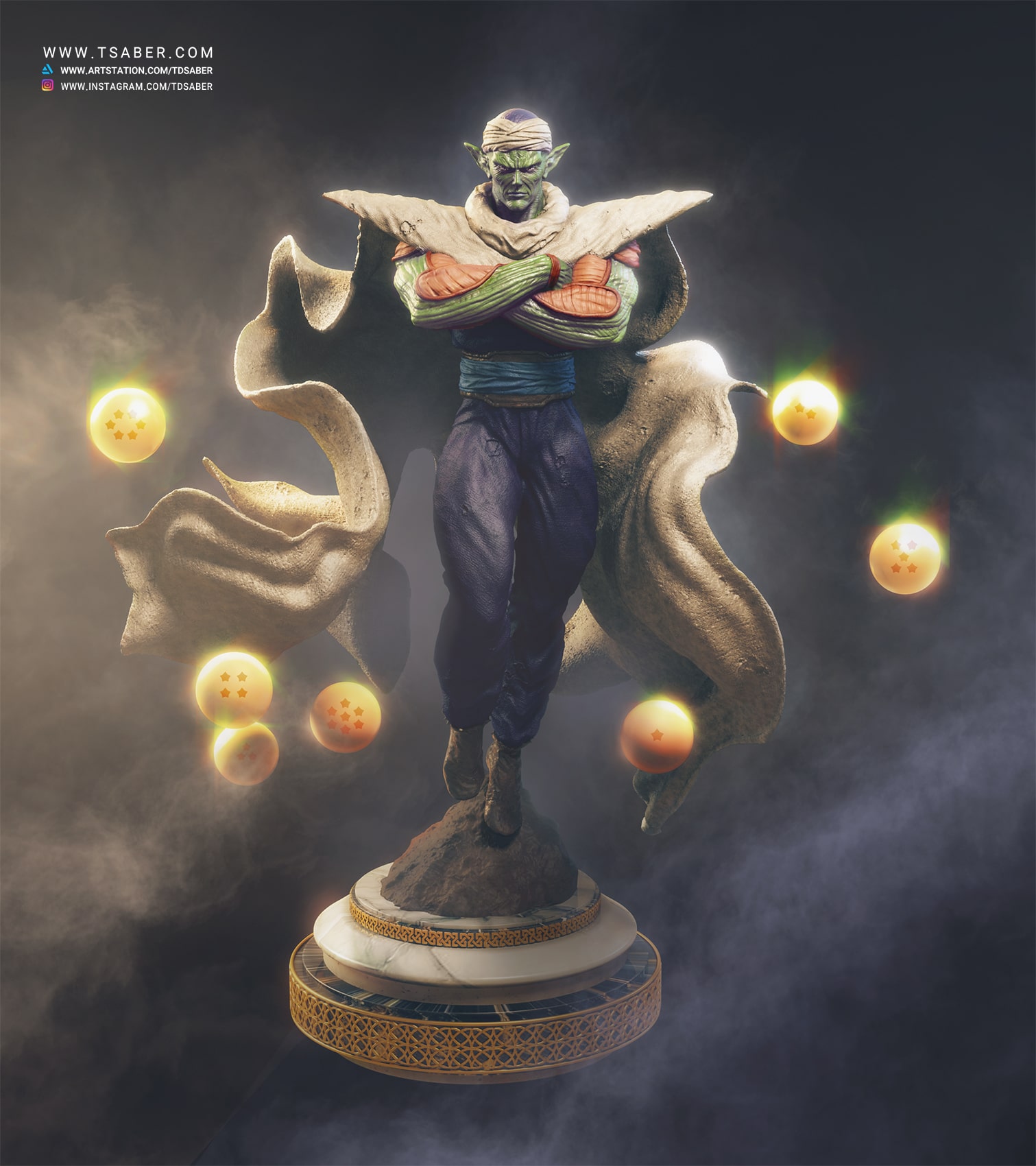 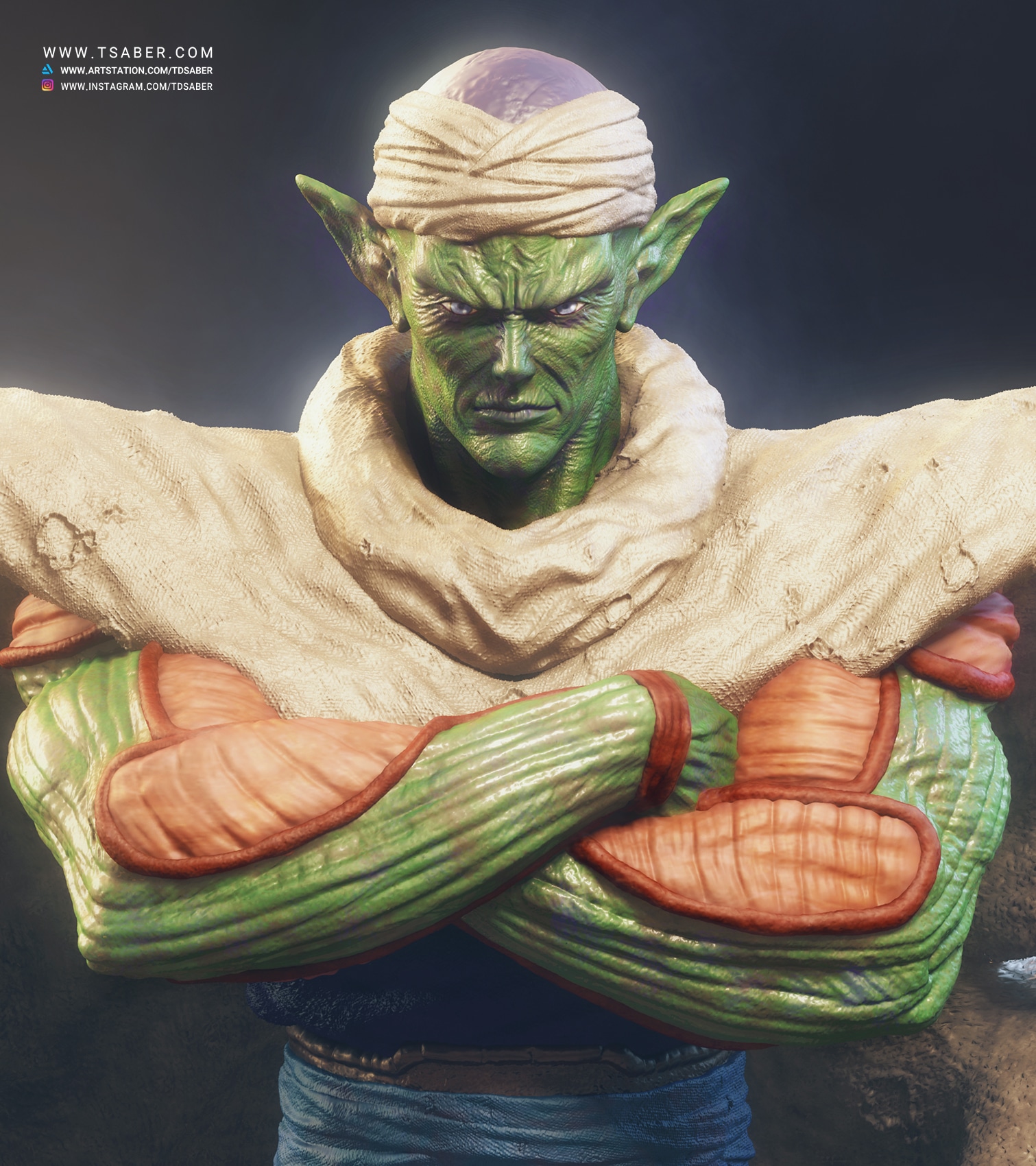 Piccolo statue was sculpted in Zbrush and it was rendered in 3DSmax mental ray. I thought it was a great idea to have the crystal dragon balls surround him.
I’m a great fan of Piccolo in Dragon Ball Z manga and anime. Too bad in Dragon Ball Z anime series, the other characters became way too overpowered.But Still he’s my most favorite character in the whole series.
Sincerely,