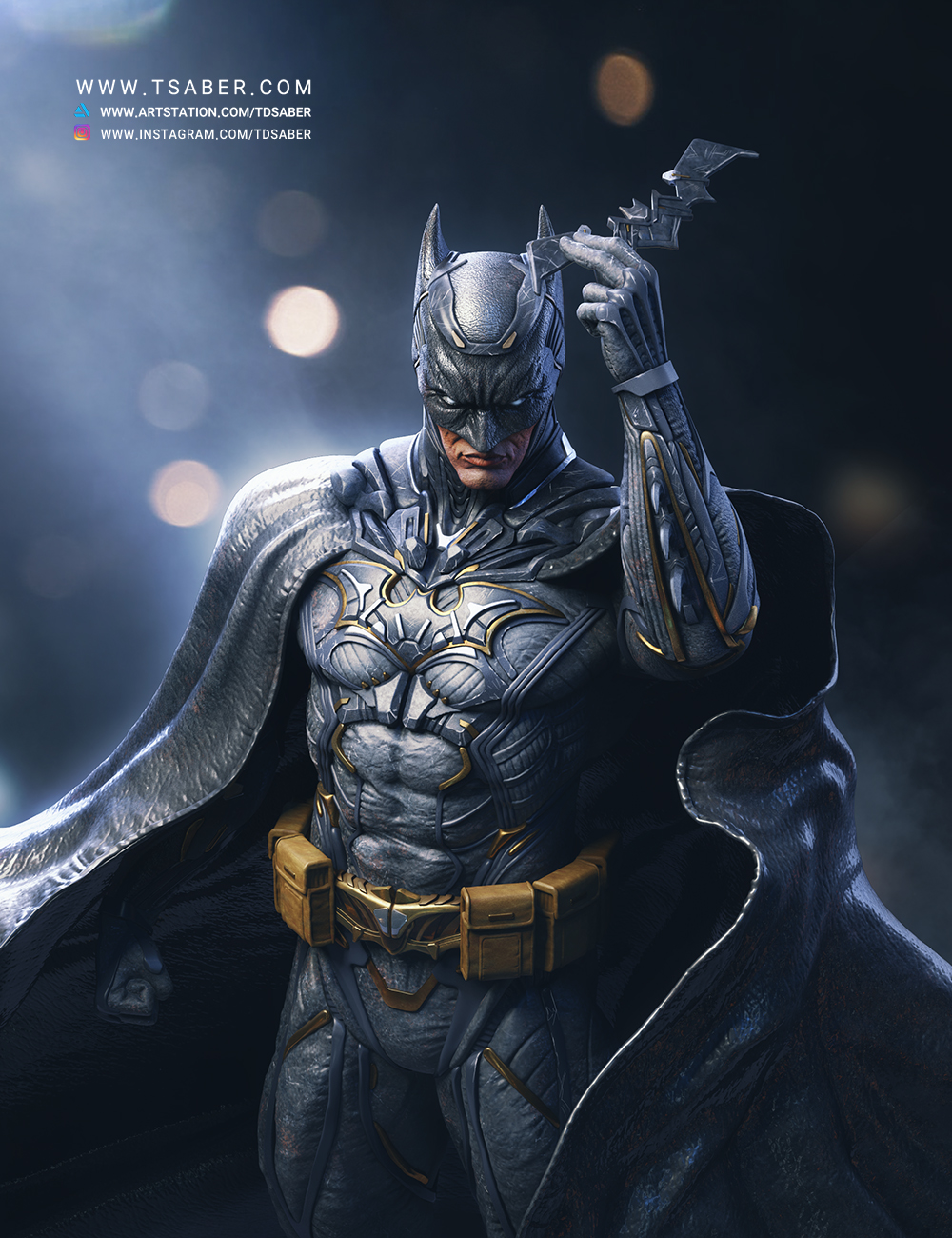 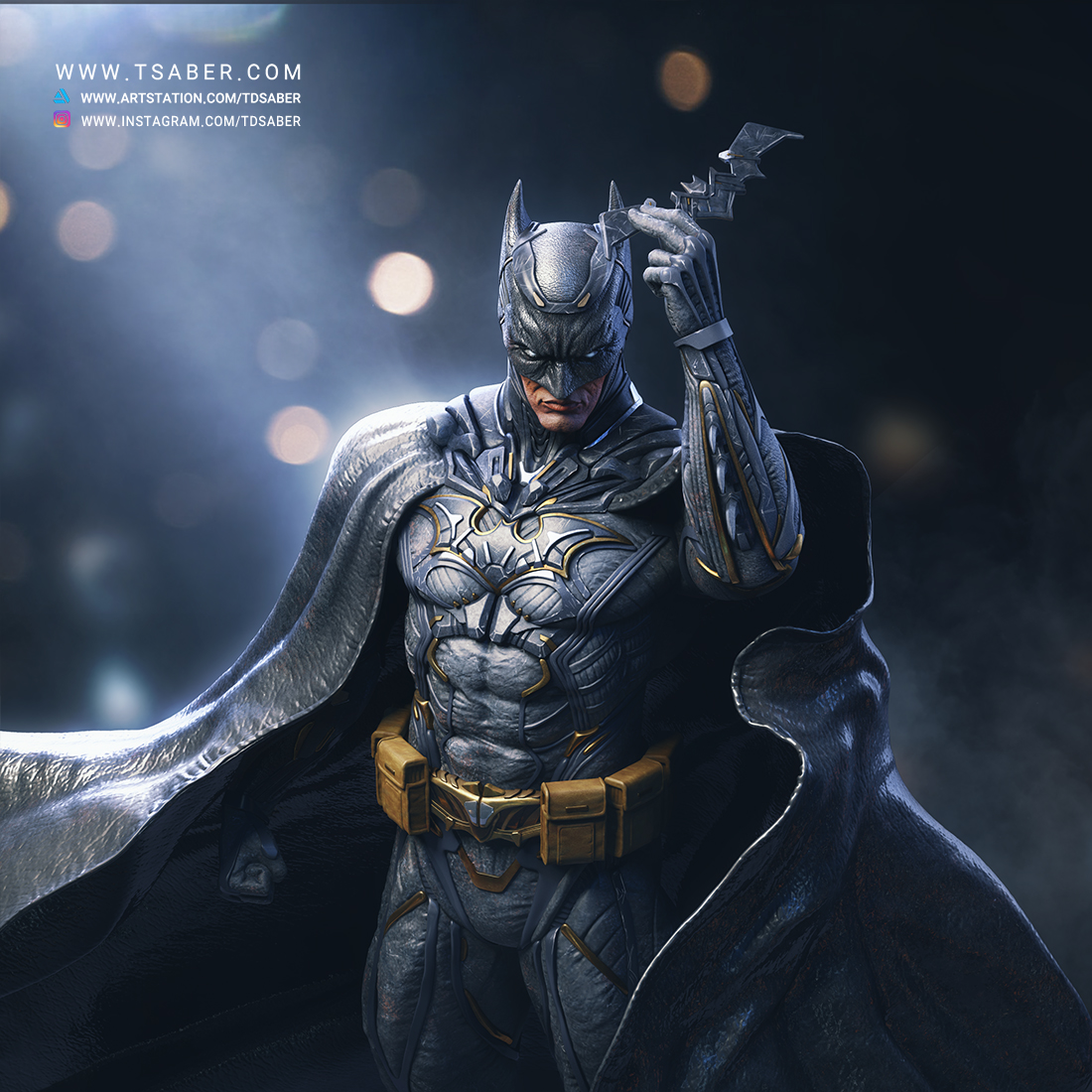 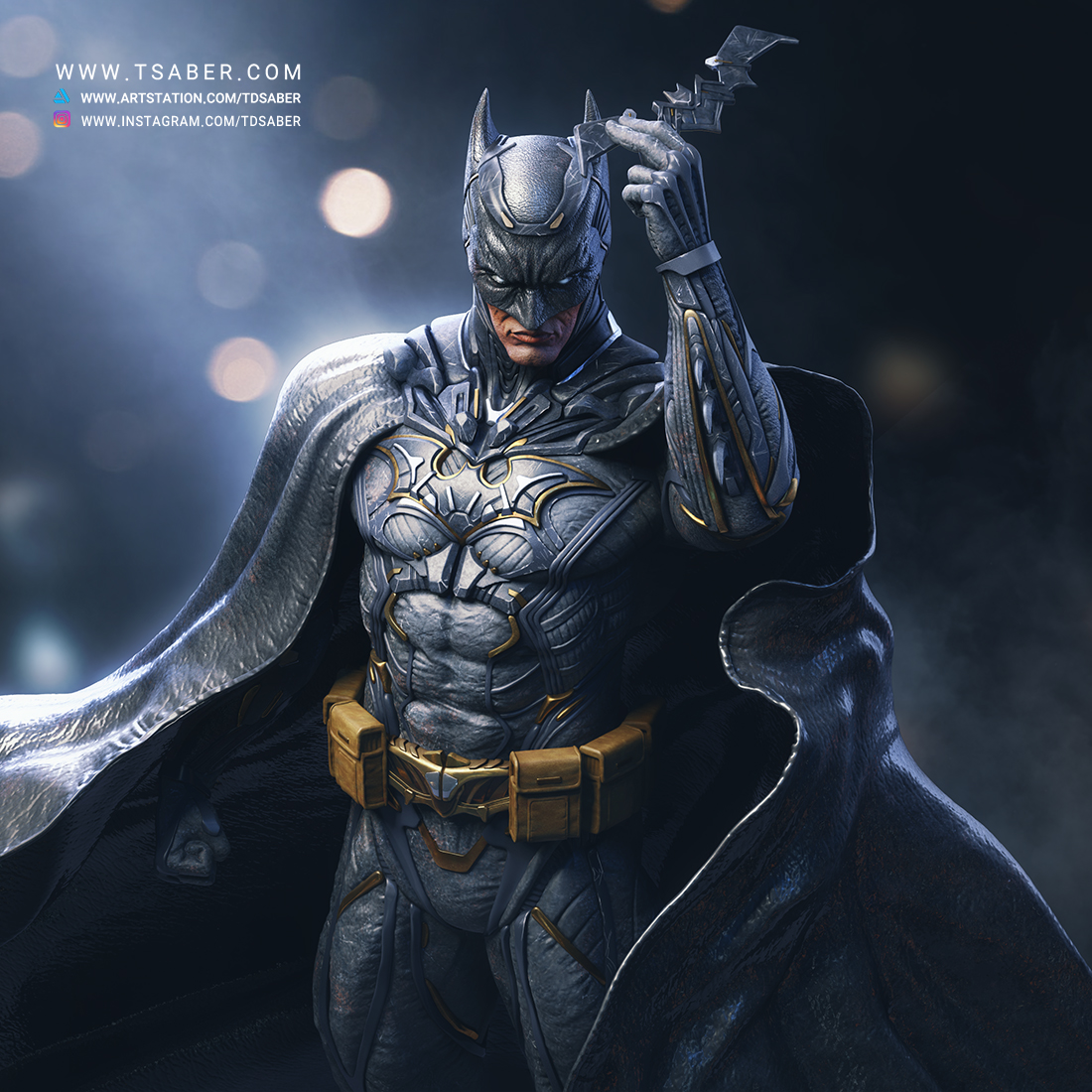 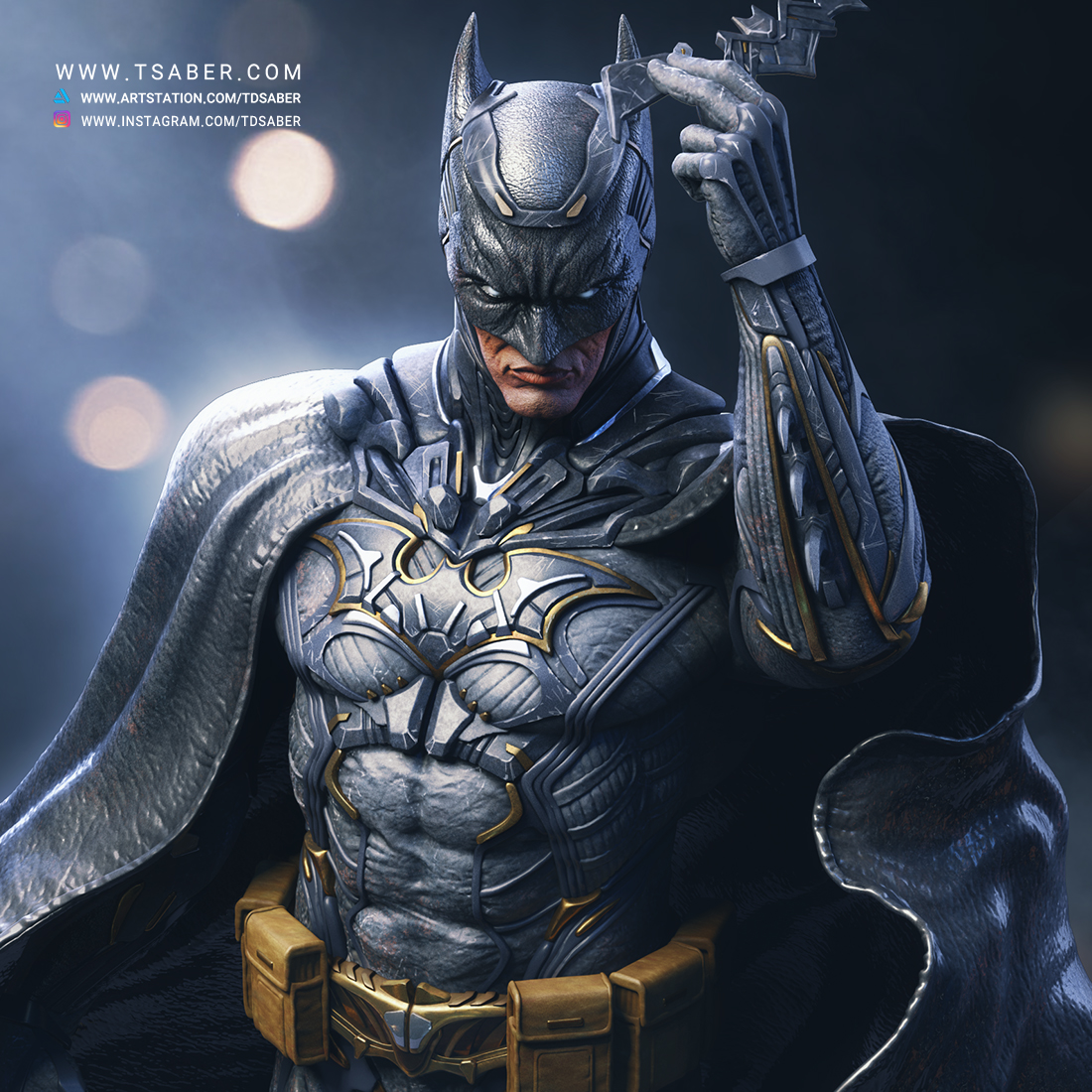 Here are the color renders of my version of Batman DC Comics Statue. I wanted to avoid the full black theme and create some contrast. My intention was to add some highlights to my Batman Statue. Therefore I experimented with different textures and 3d materials. It was a challenge since we all saw different versions of Batman suits from The Dark knight Trilogy, Batman VS Superman, Justice League and even Batman in the last scene of Gotham series.

It is a difficult task to design a 3d character model based existing pop culture character, while trying to do some experimenting. However I tried to keep my 3d Batman statue loyal to the classic Batman we all know of. It was my direction to sculpt my Batman 3d model as a geared up as possible. Therefore That would depict how prepared my Batman statue is against his villains. Let’s not forget that Batman is one of the characters could withstand against any threat and villain, using his brain and his technology.

Recently I’ve also noticed artists try to experiment with the design of Batman symbol on his chest. Actually on each redesign and reincarnation of Batman in each movie or animation, every Batman logo depicts some specific characteristic of the Batman character within that universe. For instance, Tim’s Burton’s Batman movie was very classic and elegant. On the other hand, Zack Snyder’s Batman was bold and mean. Even the Batman symbol was much bolder and big. I also tried to create a symbol for my 3d Batman Statue that depicts dominance and intelligence at the same time.
I hope the fans like my work.
Sincerely